Critter Chatter – Oh, Deer! What’s Up With That? Part 1

While visiting Don at the Wildlife Center the other day, awaiting the arrival of a family of six baby opossums whose mother had likely been the victim of a car accident, we got to talking about one of the white-tailed bucks that is a permanent resident at Duck Pond. I’d only seen him from a distance and was curious about his antler. Yes, you read that correctly. One. Antler. 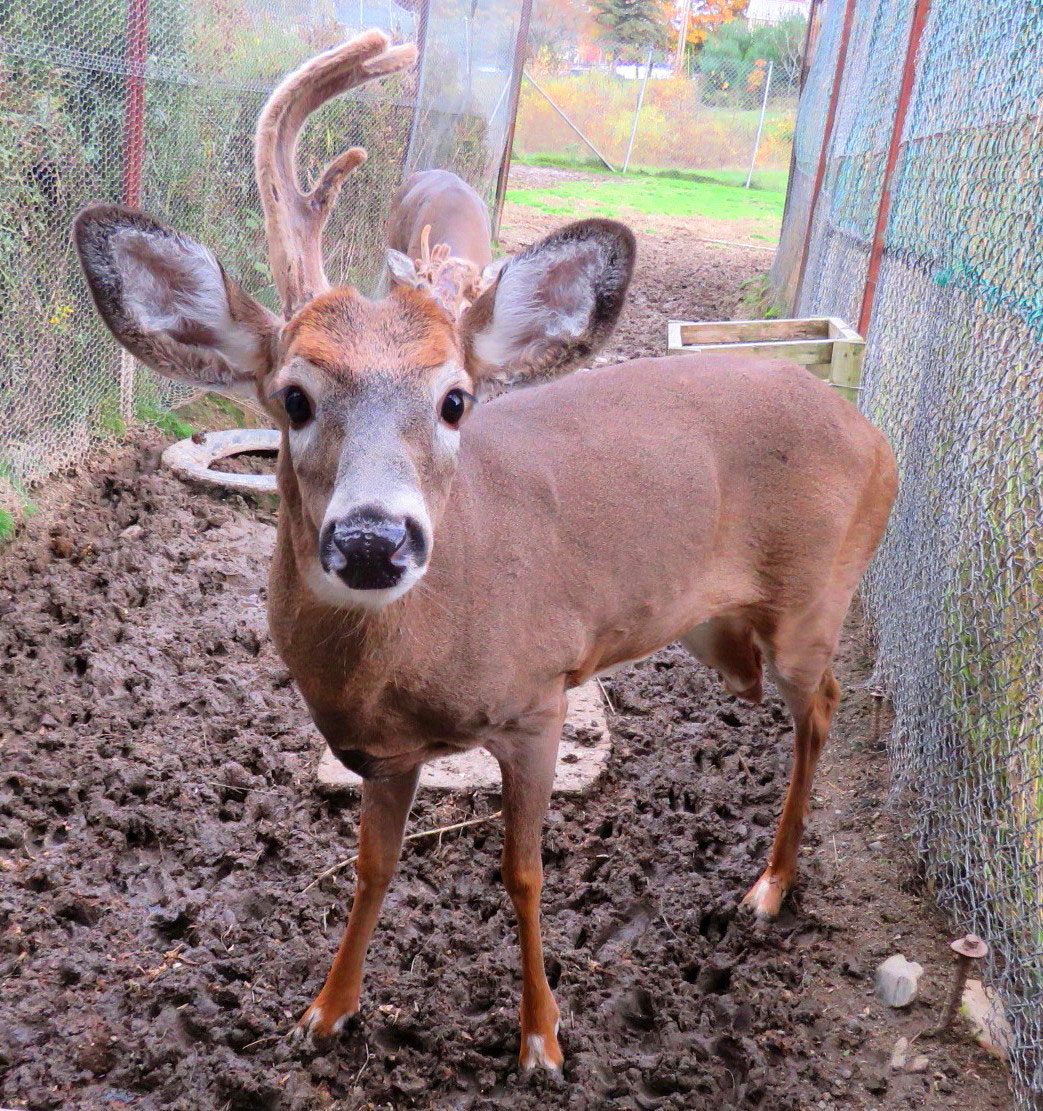 About four years ago, Don got a call from a farmer who had found a fawn that had been injured by a hay mower, resulting in a badly damaged rear leg. He had been caring for the fawn in his barn, and as the lower leg was literally hanging on by only its skin, had amputated it at the hock. Of course, Don took the fawn and assumed its care, knowing full well it likely wouldn’t be able to be released into the wild. Although animals can adapt to getting around with only three legs, this little guy required additional attention, and while not tame, has grown up in captivity. Its chance of survival in the wild, especially during the winter, would be slim to none. He would undoubtedly fall prey to a predator and certainly wouldn’t be able to “hold his own” against any other buck trying to establish its territory or compete for does.

I always learn something from Don, and this week was no different. He told me that when a deer loses a leg, the antler on the opposite side doesn’t grow normally (if at all), which explains why this buck doesn’t have an antler on its left side: his right rear leg was the one amputated. Of course, I had to research this later and was disappointed to find the cause is unknown; several articles mentioned it may be related to nerve damage and changes in hormones, but there doesn’t seem to be any confirmed evidence of either.

Apparently, it’s very common for a serious injury to a back leg to impact subsequent antler development on the opposite side. It can be abnormal and/or stunted and will persist even after the leg heals. Odd antler growth on the opposite side is called “contralateral asymmetry,” and if the velvet never sheds, the condition is called a “cactus buck.” The buck at Duck Pond has only the one antler, and I noticed it’s still in velvet, even at this time of year. 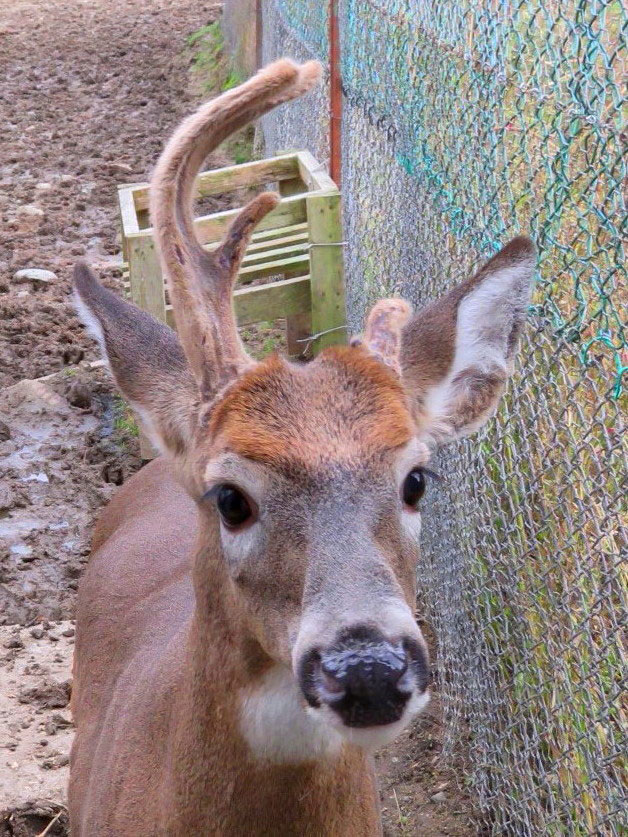 During my research, I also learned that if antler growth tissue is surgically removed and grafted to another part of the deer’s body, an antler will grow there! So, it’s possible to surgically produce a unicorn deer or even a deer with 10 antlers growing out of its skull or any other part of the body. Mother Nature is absolutely amazing!

Although admissions tend to decrease at this time of year, Don continues to limit long-term residents by transferring many rescued critters to other rehabbers who have graciously provided assistance in their care. Please check these websites to see if there is a rehabber closer to you to help keep critter care at Duck Pond more manageable: www.mainevetmed.org/wildlife-rehabilitation or www.maine.gov/ifw/fish-wildlife/wildlife/living-with-wildlife/orphaned-injured-wildlife/index.html – Donald Cote operates Duck Pond Wildlife Care Center on Rte. 3 in Vassalboro. It is a nonprofit, State-permitted rehab facility supported by his own resources and outside donations. Mailing address: 1787 North Belfast Avenue, Vassalboro ME 04989 Phone: (207) 445-4326. Please note that the prior wildlifecarecenter email address is not being monitored at this time.