In light of Donald Cote’s recent recognition by the Natural Resources Council of Maine [Town Line, November 21, 2019] for his decades of wildlife rehab work, the Critter Chatter column is being brought back to readers! As the new writer for this venture, I thought a good place to start would be to talk to Don about how he and wife Carleen met and started the Wildlife Care Center. 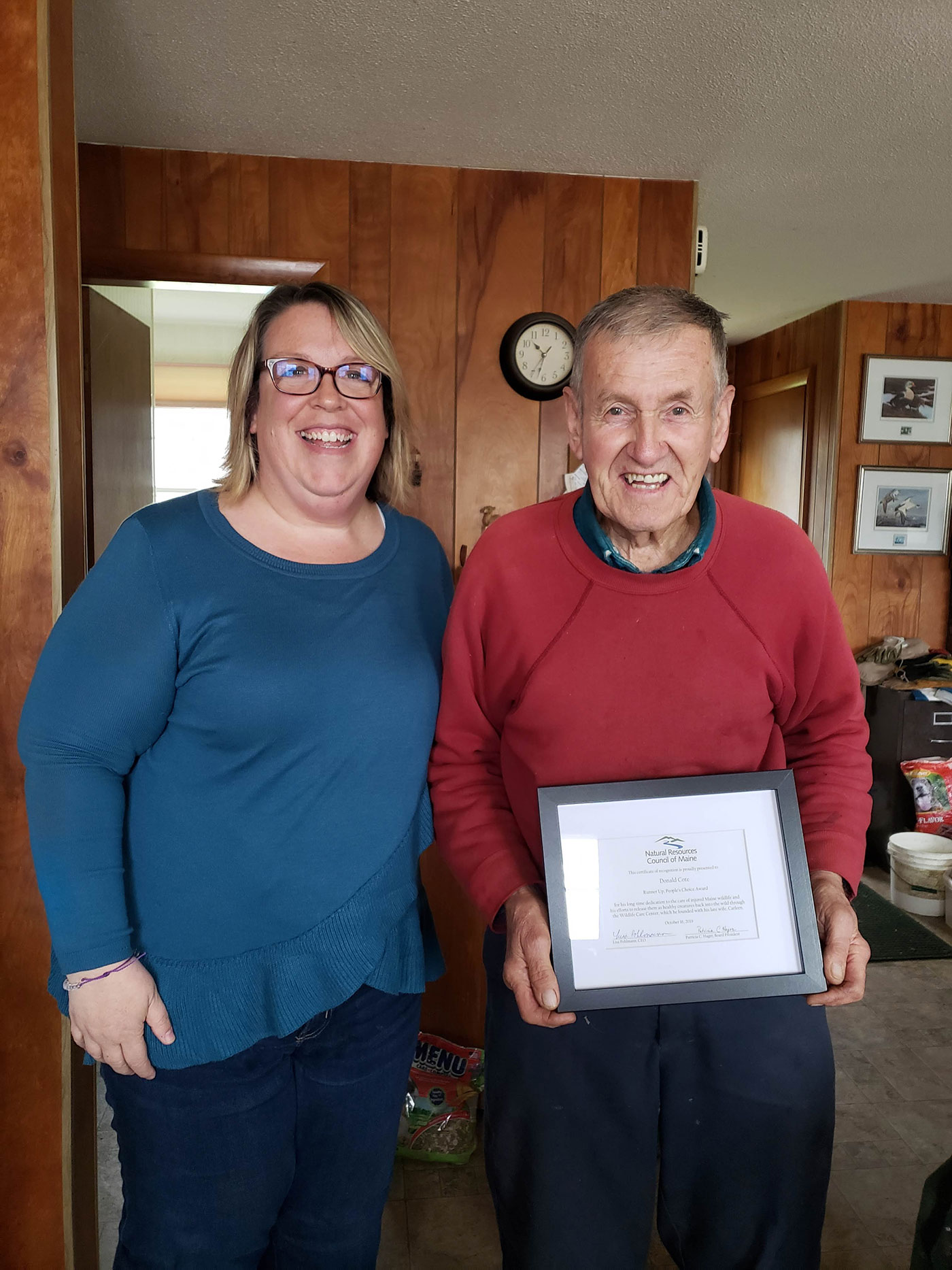 Don met Carleen Sirois at the Dairy Joy in Augusta when they were teenagers. After seven years of dating, they married in 1960. After first living in a trailer in Vassalboro, they purchased land on Route 3 and built the home where Don lives today. He worked for Coca-Cola and later, North Center Food Service; Carleen was employed by the Maine Department of Health & Human Services, in mental health and retardation. She retired in 1990 after almost 32 years of state service. Don followed in 1997. They did not have children, but I think they would admit to having fostered hundreds of fur and feather babies! Sadly, Carleen passed away on her 79th birthday, April 27, 2018.

So how did they get involved with wildlife rehab? Interestingly, it began when Don read an article in a Sunday paper about a Cape Elizabeth couple who raised exotic waterfowl to sell. He contacted the breeders, and over the next three years obtained his federal and state permits, enlarged the pond on his property, built a shelter, erected fencing, and purchased birds from Cape Elizabeth and a breeder in Plymouth, Massachusetts. In addition to permits, Don had to submit annual reports to the Department of Inland Fisheries & Wildlife (DIF&W), listing the number and breed of birds he raised and sold, as well as those that died. Although Carleen was never really interested in birds, they were Don’s passion and she helped him with the business.

Returning home one evening, the Cotes found a sick fawn in their driveway, left by a warden. Unfortunately, the fawn did not survive, but Carleen’s heart was touched. Don was about to retire, and he was making plans to replace some of his older breeding birds with new ones. They couldn’t afford to continue with the waterfowl business and start wildlife rehab, so the decision was made to let the birds die off naturally and focus on critters. New permits were obtained, cages built, food, general medical supplies, and equipment purchased.

The desire to help sick or injured wildlife is certainly commendable, but I asked Don how they learned the ins and outs of rehab. Obviously, they had gained considerable hands-on experience while raising the waterfowl, but he noted a lot of credit goes to the generosity and expertise of veterinarians with whom they’ve worked. Initially, Drs. Davis and Hersom at Pine Tree Clinic in Augusta provided medical care. Currently Drs. Darryl and Erika Praul and staff at the much closer Windsor Veterinary Clinic “answer the call” for surgeries, internal injuries, etc. In addition to observing procedures, treatment applications, suturing, medication and injection administration, etc., Don stated the clinics often donate medical books for their reference and use at home. In addition, close contact with a variety of folks at DIF&W, wardens as well as biologists, is maintained. 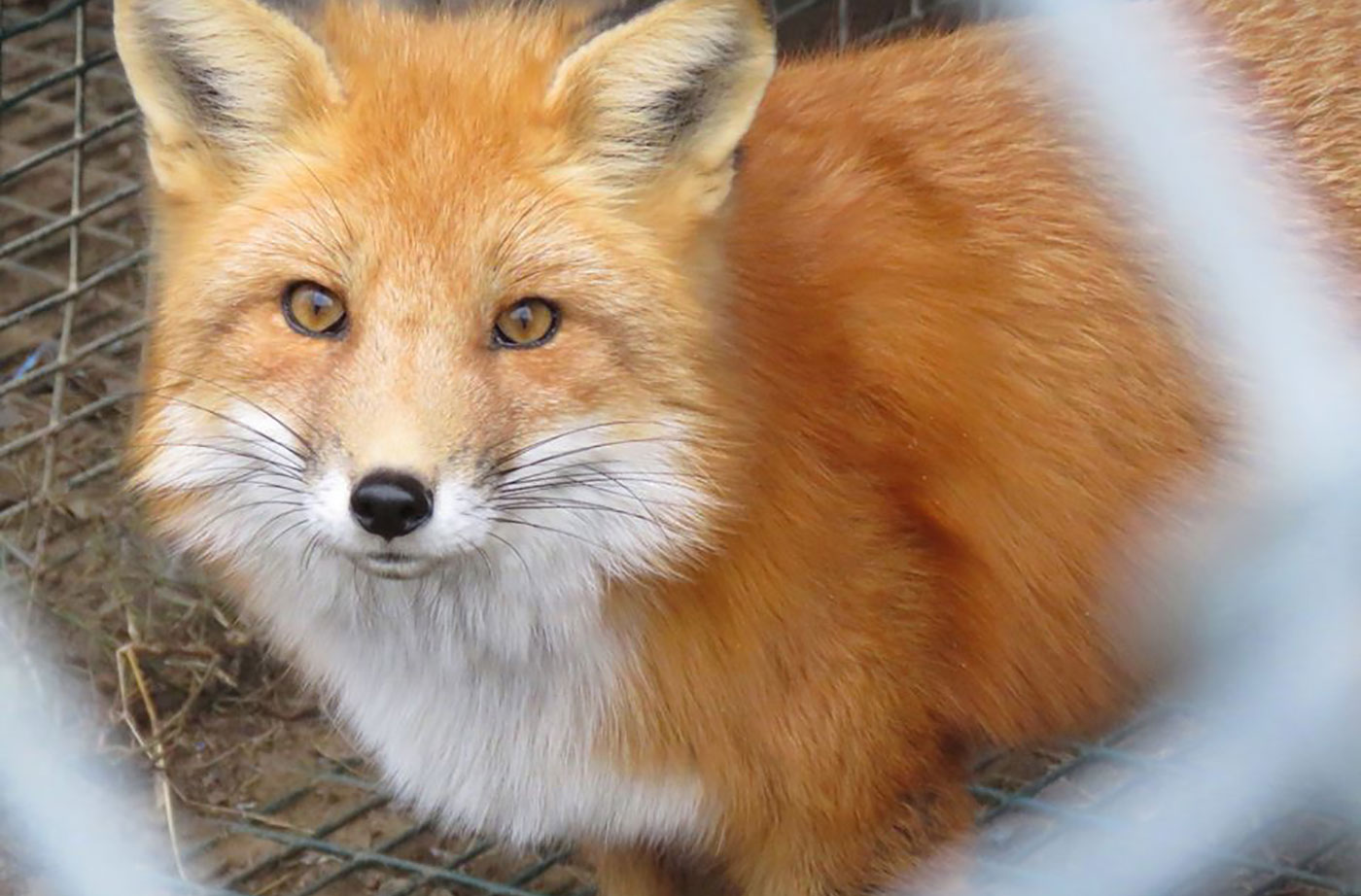 A red fox being cared for at Duck Pond Wildlife Center. Photo by Jayne Winters

Part II will look at a typical day at the Center, including travel, volunteers, expenses, and what it means to be a nonprofit.

Donald Cote operates the Duck Pond Wildlife Care Center on Rte. 3 in Vassalboro. It is a nonprofit federal and state permitted rehab facility, which is supported by his own resources and outside donations. Mailing address: 1787 North Belfast Ave., Vassalboro ME 04989 TEL: (207) 445-4326 EMAIL: thewildlifecarecenter@gmail.com