Have you received multiple offers to sign up for solar and save money on your electric bill? Do you wonder if these offers are legitimate? Where’s the catch? How do these work? People are asking these questions, so I did a little research. Here’s what I found out.

There are two ways to engage in community solar—one is to invest and own a portion of a solar project, and the other is to subscribe to a solar project by agreeing to buy the electricity generated.

Owning a share in a project has high upfront costs and requires a long-term commitment to pay off the debt. It works well if you have the money to invest upfront. As an owner, you can capture tax credits and renewable energy certificates (RECS) to offset the cost. After the end of payback period (usually 8-10 years) you can reap the reward of free electricity.

Subscriptions to community solar farms offer a way to participate in solar without owning anything. You sign a contract to buy the electricity from a community solar farm, with no upfront fees or investment. Contracts can range from month-to-month up to 20 years.  According to Maine law, customers can cancel within 5 day of receipt of the first bill or invoice, and solar providers often will allow other reasons for cancellation, including reasonable advance notice of 60-90 days. 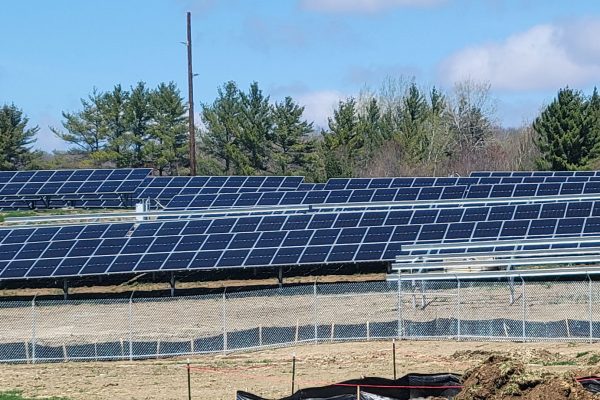 The energy generated by community solar farms doesn’t go directly to subscribers’ homes, but instead is fed into the power grid. This reduces the need for fossil-fuel energy and reduces harmful emissions.

Community solar subscription programs allow ratepayers to participate in solar development and reap some of the benefits. The key to community solar is enabling legislation that allows “shared net energy billing.” Maine passed this legislation in 2019. Twenty-two states have similar legislation, and it is catching on quickly in other places, too.

The subscriber savings come from two sources: the reduced kilowatt hours (from net energy billing) and the difference between the wholesale and retail price of the power generated. Solar providers are paid wholesale for their power by the electric utilities, who then charge retail to their subscribers, based on rates set by the Public Utilities Commission. In other words, the solar providers are sharing a portion of their profits with us, the ratepayers. Your electricity costs are typically 10-15% lower than what you would pay without the subscription.

When you apply for a subscription, the solar provider offers you a share of the solar energy generated by a specific solar farm. Your share is based on a formula, which is  90% of the monthly energy you used over the last 12 months. This formula assures that you won’t be buying more solar energy than you can use.

Community solar farms are a win for developers, too. They receive a steady and profitable revenue stream from their subscribers, which enables them to finance and build more solar projects. This model has been so attractive that there are now well over 200 community solar farm projects in Maine.

So What’s the Downside?

There is very little risk to subscribers in community solar projects. Billing and systems glitches that occurred in the first year of these projects have been smoothed out. The biggest issue has been delayed launch dates for solar projects, which can be six months or longer. Electric utilities, Central Maine Power and Versant here in Maine, have been very slow to upgrade the grid and connect new solar projects to it. But this is primarily a problem for developers and not the subscribers, because subscriptions don’t kick in until the project goes live.

Some solar developers sell subscriptions before building their projects, creating longer delays. Here delays can be a year or more, as permitting, construction, and labor issues kick in. Potential subscribers can reduce delays by looking for completed projects with scheduled launch dates. But do take the launch dates “with a grain of salt,” since most projects are delayed by a few months.

Another thing to consider is siting. Here in Maine, there are guidelines for siting solar projects, but no laws in place. Unscrupulous solar companies can clear-cut a forest or use prime farmland for a solar project, defeating the purpose of preserving the environment. Potential subscribers should ask for project details, in order to avoid supporting poorly sited projects.

The other thing to know is that the market for community solar is booming. Maine, Minnesota, Colorado, Massachusetts, and New York lead the nation. Both Maine and Massachusetts are at the top of the list with well over 200 projects each.

Some providers are aggregators that offer a basket of solar projects to choose from; others are agents that market projects for a specific developer. Both of these types of operations are likely to be satisfactory.

A few are vertically integrated companies where developers and marketers are part of the same operation. The risk of delay is greater with these, because they often begin selling subscriptions long before permitting and siting are completed.

Solar providers in Maine must register with the Maine Public Utilities Commission (PUC). To avoid problems, Mainers should check to see if their provider is registered and read customer reviews. A link to a list of providers can be found here: https://www.maine.gov/meopa/electricity/community_solar.

Solar subscribers should read their contracts before signing, too. Community solar providers are required to provide a standard disclosure form that summarizes project terms. Before signing, the Public Advocate recommends getting answers to the following questions:

Community solar offers an easy and almost risk-free way for ratepayers to participate in solar. The average monthly savings of $8-$12 are small, but can make a difference in low- or fixed-income households. The added value is in knowing that you have helped reduce carbon emissions, supported renewable energy investment, and taken a step toward achieving state and global climate goals. After researching this article, I joined a solar farm! 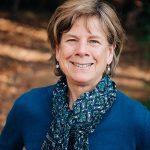 —by Sue Inches, author of the recently released guidebook, Advocating for the Environment, How to Gather Your Power and Take Action, available online and at bookstores everywhere

Note: this post was updated to clarify contract length and cancellation options.