Code Red for the Climate Demands New Behavior by CMP

On the same day that the Portland Press Herald reported about an alarming new climate study that has been called “code red for humanity,” it also carried a front-page story about Central Maine Power’s (CMP) continued failure to help solar energy projects connect with the electrical grid as part of Maine’s response to climate change.

The contrast could not be starker. The world’s top climate scientists warn of the dire consequences of our slow and insufficient transition away from fossil fuels, while CMP continues to be slow and inefficient in assisting our transition to a clean energy future.

Earlier this year, CMP was caught trying to charge solar energy developers millions of dollars in wildly inflated fees. Fortunately, the governor, Maine Legislature, and the Public Utilities Commission (PUC) stepped in to support an investigation of what emerged as CMP’s latest debacle following a series of debacles in recent years.

CMP’s Board Chairman rushed to the media with an opinion piece claiming that Central Maine Power was “on the team for Maine’s renewable-energy future,” asserting that the company was “committed to doing our part to decarbonize energy production in our state.” Unfortunately for Mainers, those turned out to be empty words.

CMP had an opportunity this legislative session to testify against several bills that would have terminated or drastically curtailed residential solar energy projects in Maine, but their lobbyist couldn’t quite do it testifying “neither for nor against.” Despite CMP’s ambivalence, these rollback bills received overwhelming opposition and all were defeated.

And now the solar industry has reached the breaking point with CMP.  With “no trust or assurance” that CMP will deliver the studies it needs in a timely fashion, the industry is calling on the PUC to take an active oversight role and hold CMP accountable.

As CMP fiddles, the planet is burning, literally.

The world’s scientists have made clear we cannot afford to delay the transition to a clean energy economy. We have no choice but to respond rapidly if we hope to avoid some of the worst possible future impacts. 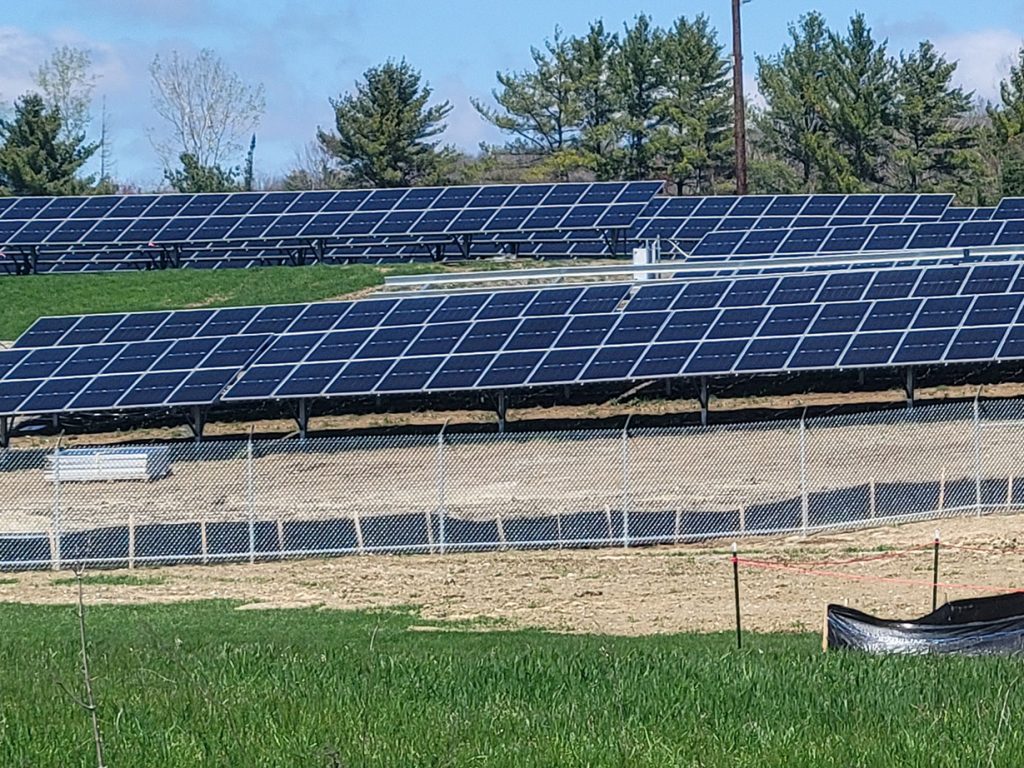 Maine is trying to do its part to respond to climate change. Over the past few years, bipartisan majorities in the Legislature joined with Governor Mills to pass important new laws to boost renewable energy development and tackle climate change. The state’s new Climate Action Plan, Maine Won’t Wait, provides a framework for slashing climate-changing pollution over the next 30 years while creating new jobs. These efforts depend on competent and responsive electric utilities, unlike what we’re seeing in CMP.

That’s why CMP’s continued failure to provide accurate and timely studies for solar developers is so exasperating and unacceptable. Most of the studies that the solar industry is waiting on are at least six months from being completed, while others are years behind schedule. Solar developers estimate about 800 megawatts of community solar projects are being held up because of CMP’s delays, enough to power 104,000 homes a year. Despite the clear direction of state policy and the desires of Maine people, the utility repeatedly shows through its actions that it is not “part of the team.”

This year, the Legislature updated PUC’s mission to require the agency to help the state meet its climate goals. The PUC should quickly embrace this new mandate by providing forceful oversight of CMP to determine whether the utility will actually support the solar companies that are poised to invest hundreds of millions of dollars in Maine.

Whether CMP’s actions are evidence of deception or ineptitude, the outcome should be the same: the PUC must step in immediately and fulfill its role as a regulator that is now part of Maine’s climate action team to ensure these studies – and the solar projects that depend on them — are completed as soon as possible.

We appear close to reaching “code red” with CMP. If we want to protect the planet for future generations and grasp the economic opportunities of a clean energy transition, we can no longer afford CMP’s slow-walking of solar energy development in Maine.

Jack brings 15 years of advocacy, policy, and organizing experience to the NRCM climate and clean energy team. Prior to joining NRCM in 2021, Jack worked at Greenpeace USA and at Organizing for Action, pushing for ambitious federal climate policies. He served for four years as an appointee in the Obama Administration working on diverse issues ranging from conservation, clean energy, and green buildings to community resilience and biodefense. Jack has a Master’s degree in Public Administration from the Harvard Kennedy School of Government and a Bachelor’s degree in Ethics, History, and Public Policy from Carnegie Mellon University. Originally from the Northwest, Jack lives in Brunswick with his family.