This semester, students at Bath Middle School have been working with the Kennebec Estuary Land Trust to study some green crab populations. In the fall, some surprising data was collected which noted that male and female crabs seem to group together to populate different areas, rather than being evenly distributed. Students have begun further study of this dynamic, as well as making data-based scientific hypothesis which they will use their NRCM grant to test. Check out this great update from Dylan Phenix, a 7th grader at Bath Middle School!

In the fall the seventh grade at Bath Middle School went to three spots. Some to Fort Popham in Phippsburg and others to Reid State Park and Todds Landing in Georgetown. We caught green crabs and recorded data so we could make a hypothesis about how fast the green crabs were moving up the coast. After we made the trip we looked through our data and here is what we found. One of the things that we found was that there was always more males than females in the Georgetown sites. Another thing we found was that the biggest crabs were found at Fort Popham on October 21, 2015. Another thing I found was that the most variety in color was also at Fort Popham. And once we got all the evidence we made a hypothesis about the green crabs moving up the coast. And we presented it to the community and let them know about how fast they were moving. Many people wrote a hypothesis about why males and females were different on the same day, but we didn’t really know why. And that is what our class did and we plan to go again to see if this is a one-time thing. –Dylan Phenix, 7th grader at Bath Middle School 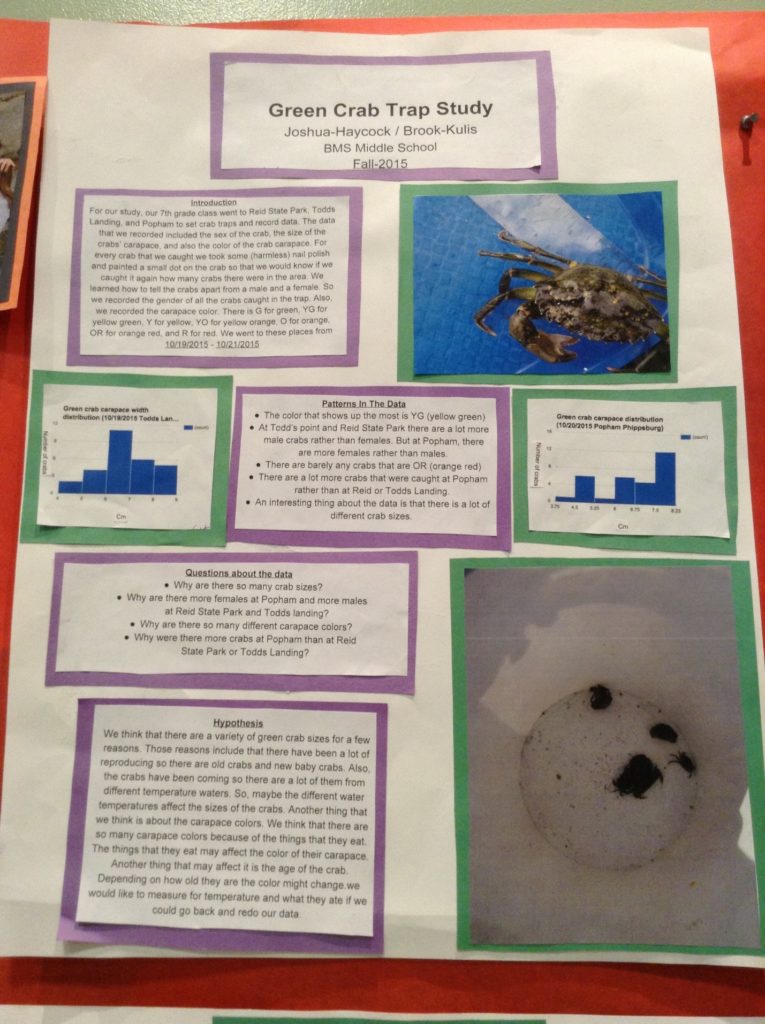 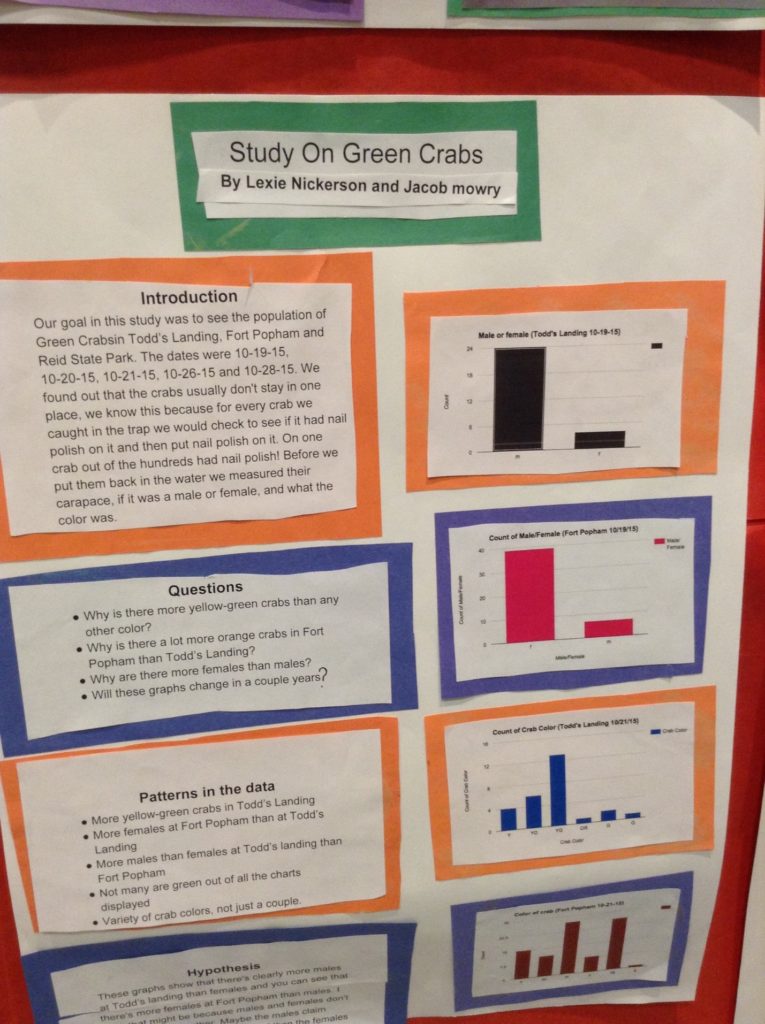