Celebrating 30 Years of the Caribou-Speckled Wilderness

September 28, 2020, is the 30th anniversary of the Maine Wilderness Act, which was signed into law by President George H. W. Bush and designated 12,000 acres of the White Mountain National Forest as the Caribou-Speckled Mountain Wilderness. The Natural Resources Council of Maine (NRCM) is proud of the role we played decades ago in helping protect this unique wilderness area in Maine by securing passage of this bipartisan conservation achievement. 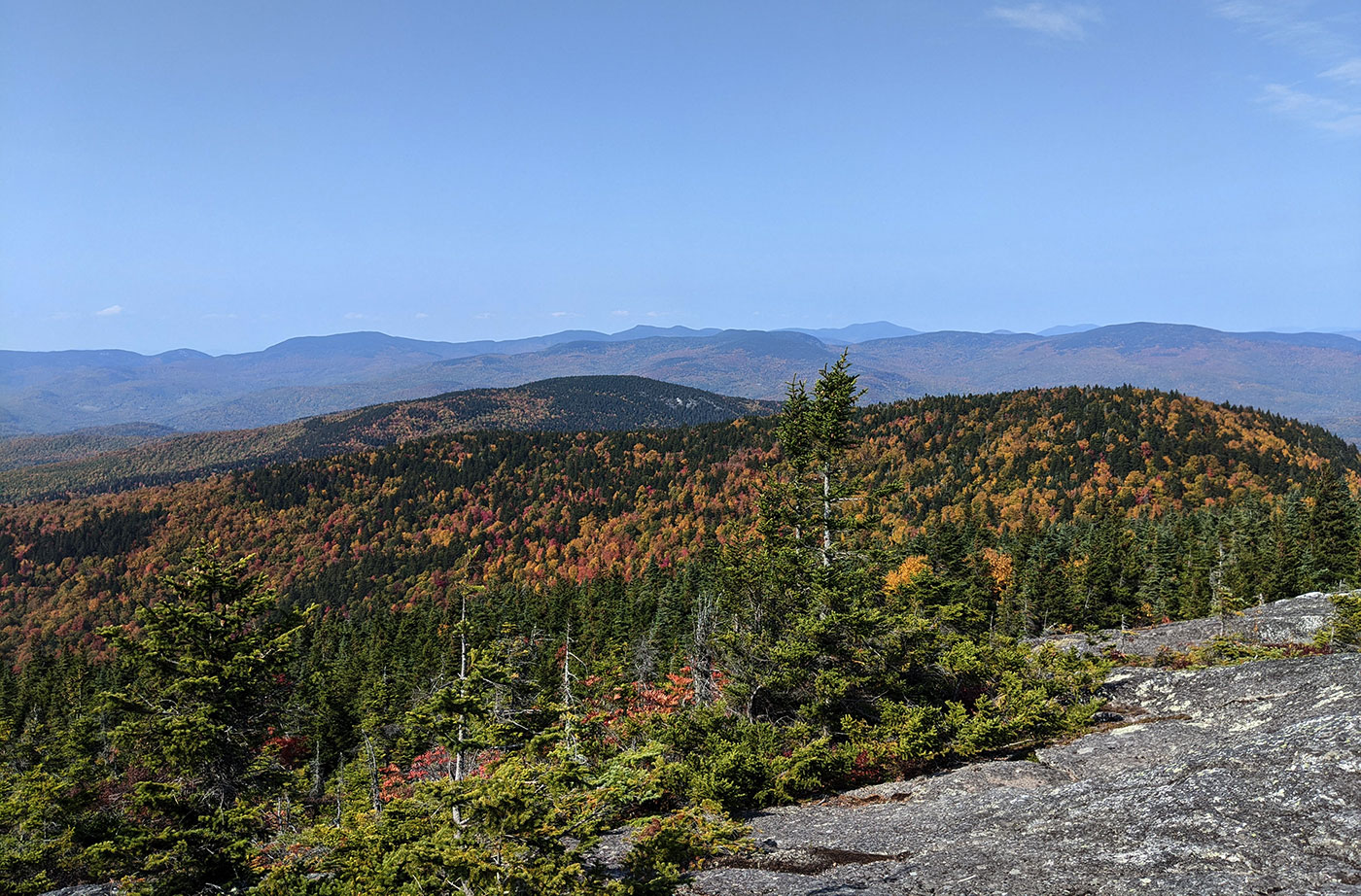 The Caribou-Speckled Wilderness, wholly within Maine but bordering New Hampshire, is in an area that used to be occupied by the Arosaguntacook and Pequawket tribes. Virtually the entire area was logged prior to the 1900s and has regrown, yet evidence of its logging history remains on the landscape.

The Wilderness Area gets its name from the “specks” of hardwood trees in a sea of spruces and firs that turn colors in the fall. It includes Speckled Mountain and Caribou Mountain and has many interesting geological features, like rugged peaks, notches, slides, ledges, and glacial potholes. Moose, bear, coyote, and trout are among the many wildlife species that inhabit the area.

Although the Maine Wilderness Act enjoyed bipartisan support in both the House of Representatives and Senate, passage of the law took many years and received pushback along the way. In 1977, the U.S. Forest Service identified the area as a “wilderness resource”; however, it wasn’t until 1983 that the Maine Congressional delegation established the Wilderness Committee made up of the forest products industry, environmental groups, snowmobile clubs, and local and state government officials. The Committee recommended that 16,000 acres of the White Mountain National Forest — itself established decades earlier in 1918 — be designated as a wilderness area. That proposal didn’t come to fruition, so in 1984, the Committee supported the U.S. Forest Service’s recommendation to designate 12,000 acres as wilderness and 4,000 acres for multiple use, including timber harvest. 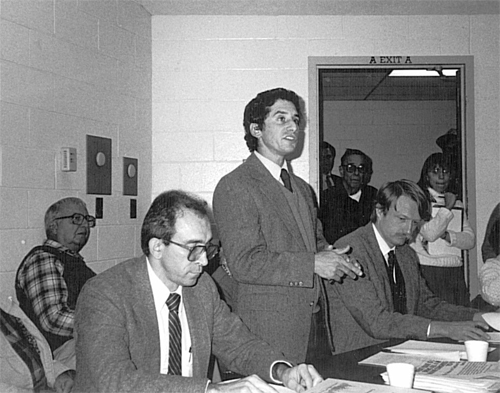 Jerry Bley testifying at Congressional hearing about protection of the Caribou-Speckled Wilderness.

After a public hearing in 1987 in Bethel and a hearing before the Subcommittee on Conservation and Forestry in April 1990, the Maine Wilderness Act finally passed. U.S. Senators George Mitchell and William Cohen of Maine and U.S. Representatives Olympia Snowe and Joseph Brennan contributed to the legislation that led to the Act. Jerry Bley, who was a land use specialist throughout the 1980s for NRCM, played a leading role in seeing the designation of the Caribou- Speckled Mountain Wilderness over the finish line. In his testimony (pages 13-17) before Congress, Bley commented that the wilderness area is one of the last remaining roadless areas in southern Maine, and the development boom of the 1980s necessitated protection of key areas, especially since less than 1% of Maine’s land base at the time was set aside as wilderness. Notably, the bill also had industry support. 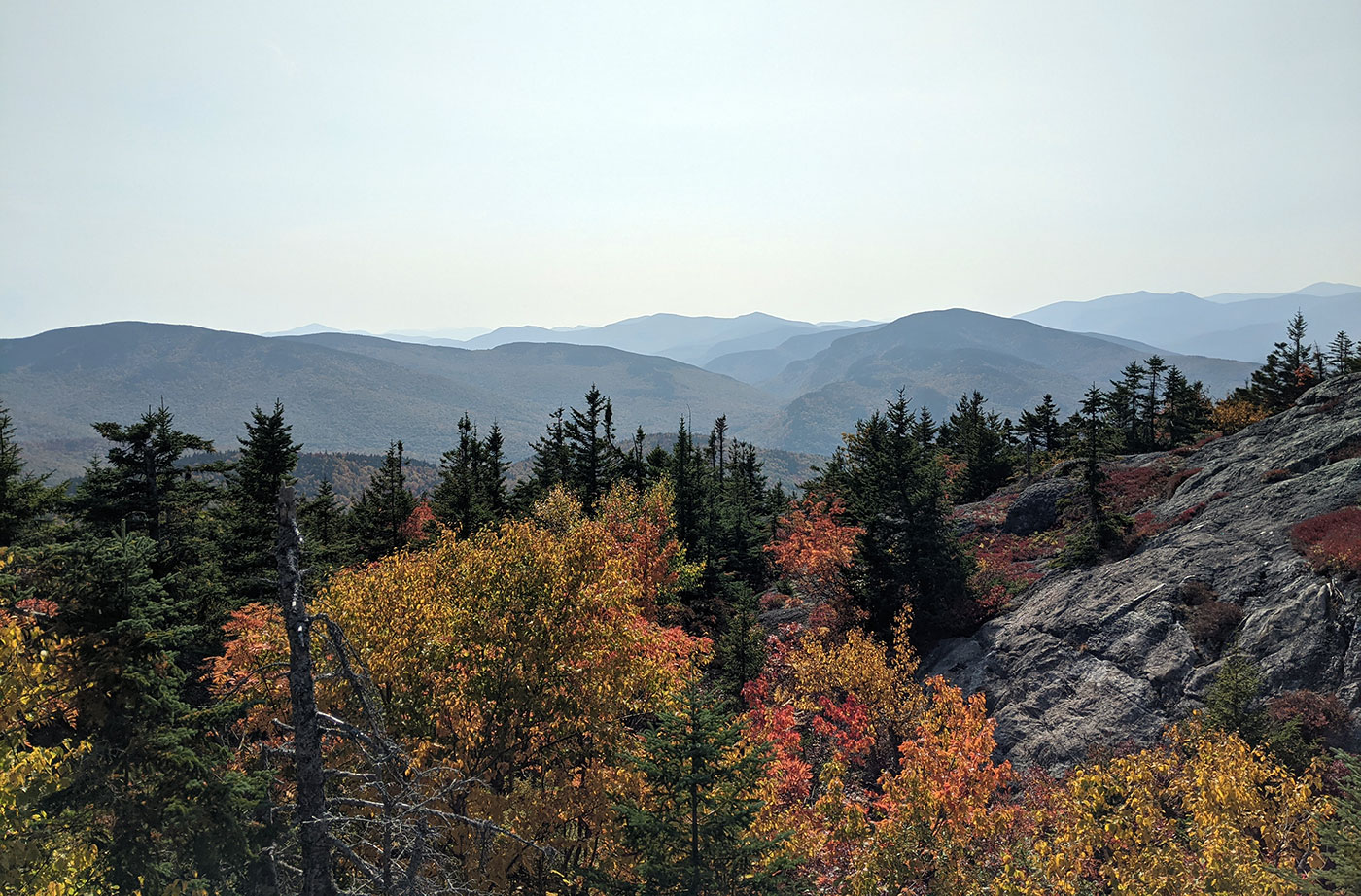 View from the top of Caribou Mountain in the Caribou-Speckled Wilderness. Photo by Sarah Mayberry Rines

While it may seem impossible in today’s divisive political climate that common-sense environmental policy could garner so much support, there was a time when protecting air, water, public lands, and wildlife was not so contentious. Broad bipartisan support for environmental protection in the 1960s and ’70s laid the foundation for clean air, clean water, and improvements in public health requirements that have benefited generations of Americans. In addition to The Wilderness Act, the Wild and Scenic Rivers Act of 1968 (which led to the “wild” designation of the Allagash River), the Clean Air Act of 1970, the Clean Water Act of 1972, the Endangered Species Act of 1973, and the Safe Drinking Water Act of 1974 are among the laws that paved the way for life-changing conservation achievements. Perhaps we will one day live in a country where such bipartisan support for environmental legislation is not so difficult to achieve.

That being said, we must also recognize that tragically, all Americans don’t benefit equally from these protections. People of color and poor communities suffer disproportionately more from environmental injustices than white, affluent communities, and not everyone has the time or ability to visit these stunning wilderness space. One of our charges today is ensuring those inequities are corrected.

Having just returned from a weekend seeing the brilliant colors in Maine’s Western Mountains, I couldn’t recommend a better place than the Caribou-Speckled Wilderness to take in the glory of fall, to be grateful for the significant environmental progress of recent decades, and to use that as motivation to push for a clean, healthy environment that benefits everyone. 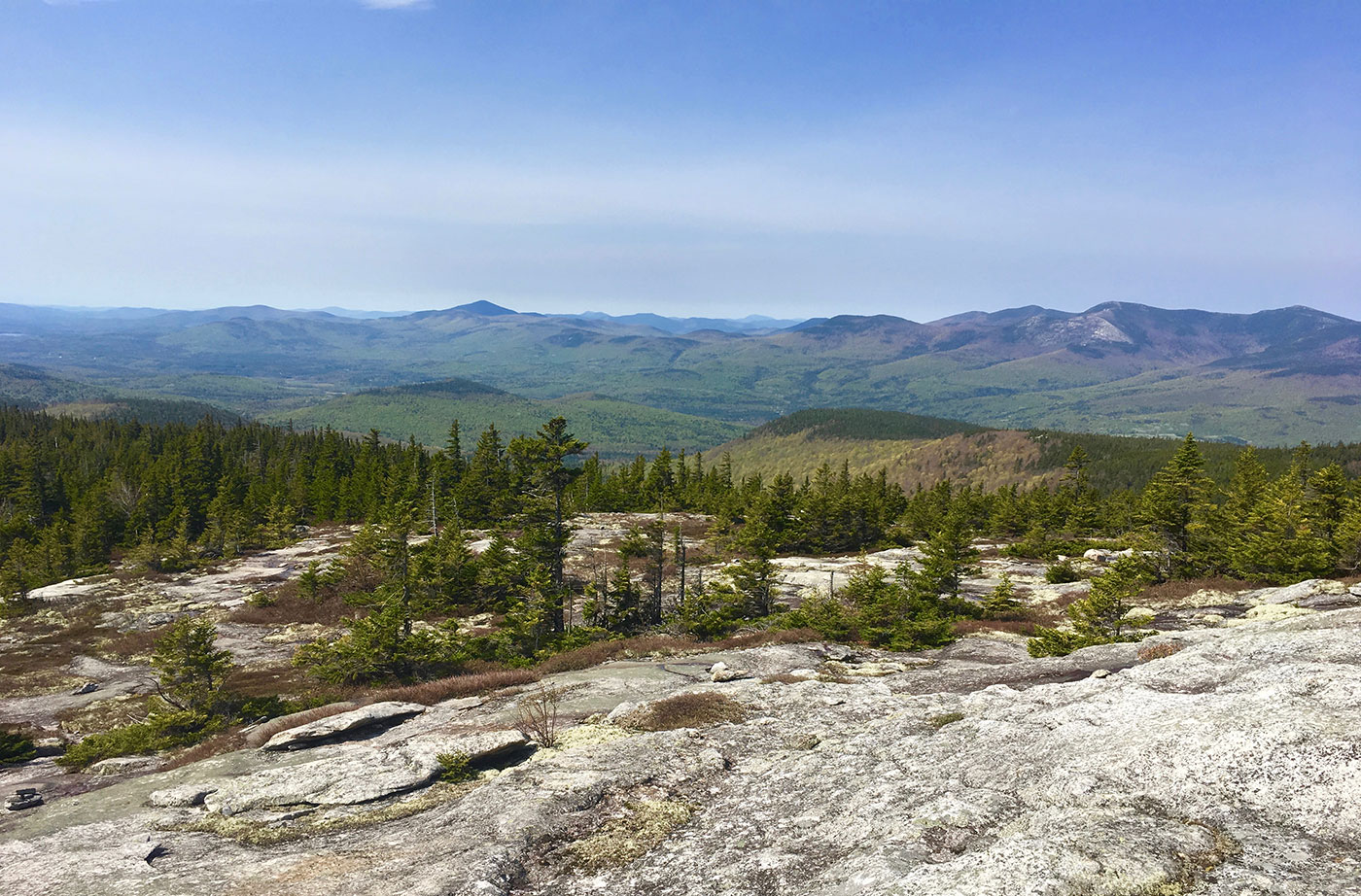 *Special thanks to NRCM intern, Katie Moody, for her help collecting information for this blog.