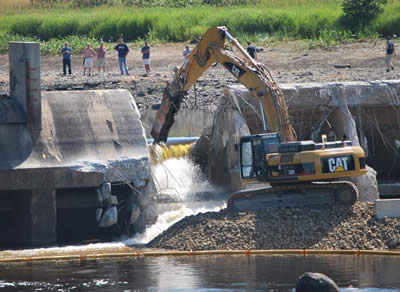 On July 17, 2008, after more than 5 years of legal battles, FPL Energy Maine Hydro breached the Fort Halifax Dam in Winslow. Finally, this section of the river will flow freely again and native sea-run fish – striped bass, salmon, sturgeon, and shad – will be able to return to waters they have not seen in a century.

The Fort Halifax removal resulted from the same historic settlement accord that allowed the removal of the Edwards Dam.  In this accord, the Fort Halifax dam owner committed to either build a fish lift or remove the dam by 2003.  Central Maine Power, the dam owner in 1998, requested the provision allowing dam removal because it believed that Fort Halifax might not generate enough power to make paying for an expensive fish lift worthwhile.  FPL Energy Maine Hydro, which purchased all of CMP’s dams when Maine’s electric utilities were deregulated, also also came to this conclusion and decided to remove the dam for economic reasons.  However, it was unable to do so until today because of five years of lawsuits by Save Our Sebasticook, a group of landowners along the Fort Halifax impoundment.

All of these suits have been resolved, however, and the Federal Energy Regulatory Commission (FERC) issued the order to remove the dam completely on July 1.  FERC also rejected last minute attempts to stop dam removal, and in their rejection order stated that: “we have previously found that dam removal, which would further a ‘carefully-developed plan’ for the restoration of anadromous fish in the Sebasticook and Lower Kennebec Rivers was the best alternative.”  NRCM agrees, and we think that the fish that have been blocked from the Sebasticook for 100 years will agree too!

Here are some photos taken on July 16 and 17, 2008 during the preparation for and breaching of the Fort Halifax dam: 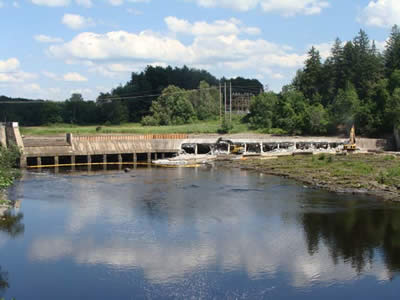 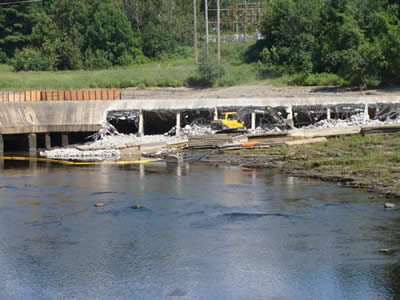 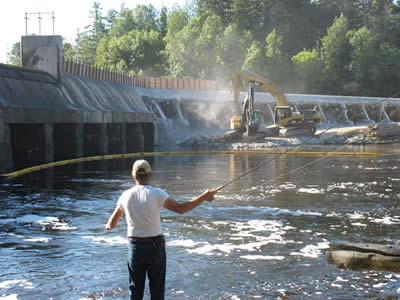 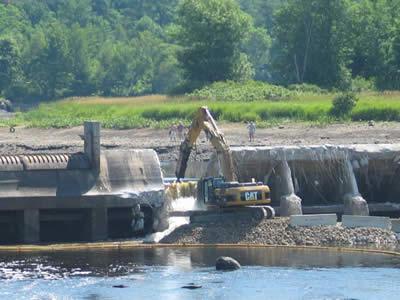 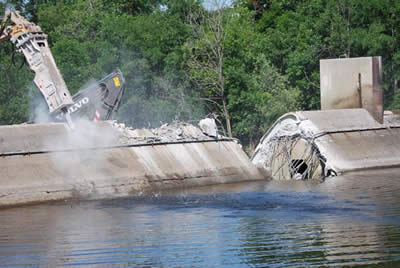