What is Food Waste?

An astounding 40% of the food produced in the United States is wasted. This excessive and unsustainable amount of food waste is a real tragedy for both our environment and our people. The U.S. agriculture industry accounts for about 10 percent of our total energy used, 80 percent of our freshwater consumption, and 50 percent of our land. And almost all uneaten food ends up in landfills where it decomposes and releases methane gas—which has 25 percent more heat-trapping capability than carbon dioxide. When we waste food, we waste all of the resources used to make that food, and we contribute harmful greenhouse gas emissions to the atmosphere.

What’s more is that 48 million Americans, including 208,000 Mainers, are food insecure. Maine ranks at 12th in the nation and 1st in New England for food insecurity, yet we throw away nearly 40 percent of our food. Clearly we must work to make sure that perfectly good food is not wasted, and that any surplus food is feeding hungry people and animals instead of our landfills.

NRCM supports EPA’s food recovery hierarchy, which prioritizes prevention of food waste followed by feeding surplus food to hungry people and animals, all before processing it for energy or composting. To that end, we support policies and programs that do all of those things and keep food (and all organic materials) out of our landfills. 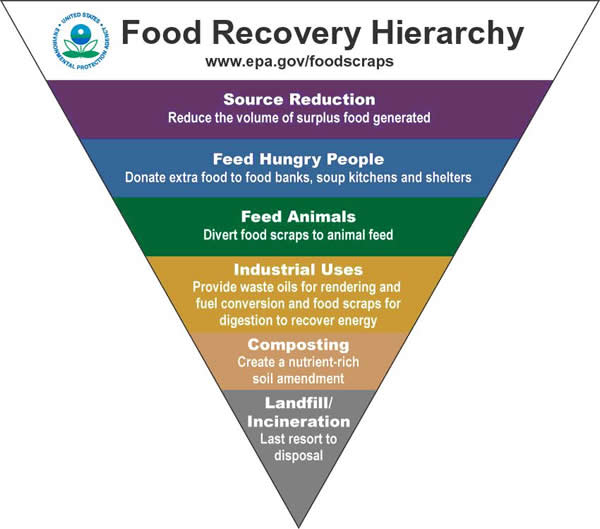