In 2008, Maine passed a Statewide Building and Energy Code, which makes building in Maine more straight-forward and saves homebuyers and businesses money on their energy bills from day one. In 2011, Maine's Legislature rolled back Maine's building and energy code. So, while Maine has a statewide code, it is not enforced in many towns.

It pays to build buildings right the first time

Maine people and businesses worry about energy bills, particularly because Maine is dangerously dependent on expensive heating oil and most of our homes and other buildings are older and not efficient. Reaching at least a basic level of energy efficiency is easiest and cheapest in new construction, but, unfortunately, most of Maine’s new buildings are not being built with energy efficiency in mind, and these inefficient buildings will cost us for many decades. 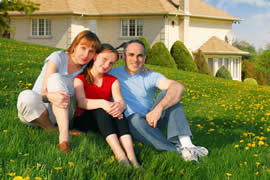 Why did Maine pass a building code law in 2008?

The legislation was developed and passed with bipartisan support because:

The patchwork, voluntary system wasn't working for builders or consumers. A comprehensive survey of new homes by the Public Utilities Commission in 2008 found that 85% of new homes would not meet Maine’s “model” energy code (a modest, voluntary code—stronger codes are now mandatory in 33 states). One of the primary reasons most homes failed to meet the standard was insufficient insulation.

Building Codes are the Norm

Maine was one of the last states to adopt a statewide building energy code—today 40 states have them. Nearly half the states have adopted the same version of the code as Maine (i.e., the 2009 version).