Stopping the “Big A” Dam on the Penobscot’s West Branch

In what was one of Maine’s most contested environmental battles, the Natural Resources Council of Maine (NRCM), along with other Penobscot Coalition members, successfully defeated the Big A Dam project. In March of 1984, Great Northern Paper (GNP) submitted a proposal to the Federal Energy Regulatory Commission (FERC) to construct a $100-million concrete dam 15 stories high, at the racing Big Ambejackmockamus or “Big A” Falls. The eﬀort was to provide hydroelectric power to the company’s struggling paper mills in neighboring Millinocket. The dam was a major threat to the remote West Branch of the Penobscot River. 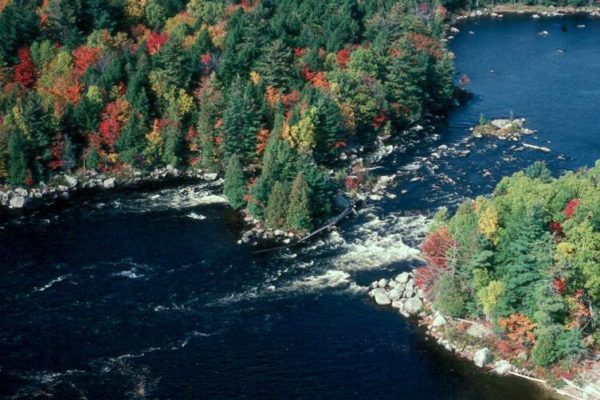 The West Branch of the Penobscot River was protected from the Big “A” dam.

In many ways, this fight was a classic one: jobs vs. the environment. At the time, GNP owned 10% of land in Maine and was the state’s second-largest employer. The company contended that 1,700 jobs were at stake and argued that if the dam wasn’t built, an important employment opportunity would be missed. This point was echoed by union officials, citing that the construction of the dam would provide a boost to an economically fractured area of Maine.

Needless to say, this project would have come at a signiﬁcant environmental cost. Opponents, including NRCM, said that the dam would recklessly ﬂood a four-mile stretch of whitewater rapids that attracted more than 15,000 rafters the year prior, putting at risk Maine’s natural resource-based economy. In addition, the river was, and still is, a nationally renowned salmon habitat and home to the geologically unique Ripogenus Gorge. With the construction of the Big A Dam, the river’s status as a national treasure would be compromised.

A year or so after the initial proposal, FERC deemed GNP’s application deﬁcient in a number of areas. This evaluation was important in temporarily curbing the company’s eﬀorts to build the dam. A letter to GNP noted that it must provide additional information on energy alternatives, energy needs and supplies, and socioeconomic, ﬁsheries, wildlife, recreational, and water quality impacts, as well as dam safety. With a host of unlikely objectives presented before GNP, the vision for the dam was rendered inadequate. On March 13, 1986, Great Northern Paper abandoned its plans for the dam. 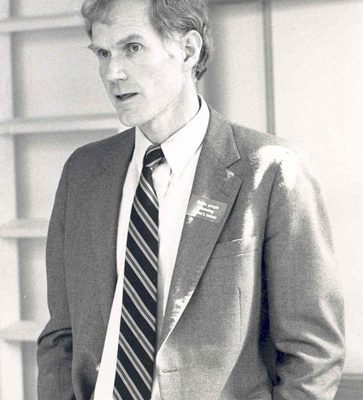 NRCM, under then-Executive Director Brownie Carson, played an integral role in this victory. He writes, “In the mid 1980’s, Great Northern was one of the most powerful companies in Maine, and already operated 19 dams in the Penobscot River watershed. It had also assembled a powerful business coalition to support its proposed ‘Big A’ dam.  But NRCM and our allies built a strong case for protecting the West Branch on both environmental and economic grounds.  We argued before the Land Use Regulation Commission (now LUPC) and the Board of Environmental Protection (BEP), then defeated a company-backed initiative in the Legislature designed to force the BEP to issue a critical permit. It was a very tough four-year campaign, but we saved a magnificent stretch of the West Branch of the Penobscot. Today’s river restoration successes can be traced back to this important victory.”

The ﬁght against the Big A Dam project was immediately made a high priority of the year. A letter was sent to FERC expressing NRCM’s intention to intervene in the proceedings of the application process, which was followed by a storm of fundraising and educational material focused on the environmental impacts of the dam. The Coalition to Save the West Branch had been formed, and NRCM also helped bring this issue to the attention of national groups such as the American Rivers Conservation Council, National Audubon Society, Friends of the Earth, the Environmental Policy Institute, and others. Without the collective eﬀort and support of NRCM’s board, staﬀ, and members, this landmark success could not have happened.