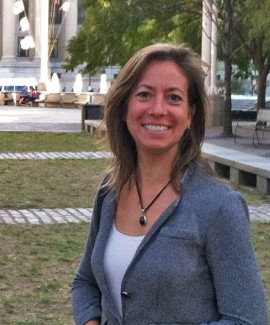 Our nation’s chemical safety policy is seriously broken. The law currently allows chemical manufacturers to use their products in consumer goods without first demonstrating that these chemicals are safe. The toxins can leach out and have been found in Maine homes, air, water, wildlife—and people. These chemicals have been tied to hormonal disruptions, behavioral and developmental disabilities, reproductive harm, and cancer. Children are especially vulnerable because their bodies are developing rapidly, they ingest house dust, and they explore their world by putting products in their mouths.

The Natural Resources Council of Maine has been working for reform at the national level. Although we’ve made progress, there is still much to do, which is why we have continued to push for changes here in Maine. In 2008, NRCM led efforts resulting in passage of the Kid-Safe Products Act (KSPA), establishing a common-sense, science-based system for identifying the “worst of the worst” chemicals, as identified by independent scientists. Our law focuses on toxic chemicals already identified as being of high concern by independent scientists, requires the State to prioritize “the worst of the worst” chemicals that children are likely to be exposed to, and requires manufacturers to disclose the use of priority chemicals in consumer products. Out of DEP’s 1,400 chemicals of concern, the priority chemicals are: Bisphenol-A (BPA), Nonylphenol/Nonylphenol Ethoxylates (NP/NPE), cadmium, mercury, and arsenic. The law provides total discretion to the governor, the Director of the Center for Disease Control, and the DEP Commissioner to decide if and when any additional priority chemicals or product restrictions will be adopted. KSPA requires manufacturers to disclose use of these “priority chemicals” in consumer products and authorizes the State of Maine to require safer alternatives, if available, effective, and affordable. Since passage of KSPA, Maine has banned the use of the hormone-disrupting chemical BPA in baby bottles, sippy cups, and reusable food and beverage containers.

During the past half-century, thousands of chemicals have been developed and put into many everyday products, with little information or consideration about the implications to the health of people and the environment. NRCM has made important strides to address this problem in Maine, and continues to be a leader in the national effort to reduce the threat of chemicals in products that enter our state.

“As a parent, I am grateful for NRCM’s tireless leadership in the fight to get toxic chemicals out of children’s products,” says former NRCM Board member Elisa Boxer. “And as an environmental health advocate and NRCM board member, I’ve been proud to witness first-hand NRCM’s fearless work at the state and national levels to keep our families safe.”