In 2022, NRCM worked with our allies from Community Action Works, the Maine Environmental Priorities Coalition, and Don’t Waste ME, an alliance of impacted community residents and tribal citizens to pass LD 1639. Together, we succeeded in closing a loophole that allowed toxic out-of-state waste to be disposed of in Maine’s State-owned landfill located in Old Town. With this bill signed into law by Governor Janet Mills, facilities must now prioritize recycling more Maine-generated construction and demolition debris materials.

Before the passage of LD 1639, a bill sponsored by Senator Anne Carney of Cumberland, corporate waste companies had been exploiting a loophole in Maine law that allowed them to reclassify their waste materials in order to dump tons of toxic out-of-state waste in the State-owned Juniper Ridge Landfill (JRL). At least 30% of the waste landfilled at JRL each year was toxic construction and demolition debris (CDD) that originated out of state in New Hampshire and Massachusetts. This practice unjustly harms the health of Maine people and our environment and threatens sites of historical, cultural, and spiritual significance for the Penobscot Nation, neighboring residents, and the Penobscot River and Bay. It was not what was intended when taxpayers bought the landfill.

When the State used taxpayer money to buy the Juniper Ridge Landfill, it was with the explicit intention of saving space for trash from Maine. The dumping of out-of-state waste at JRL by private corporations violated the intent of this action by filling up the landfill too rapidly and with toxic materials that threaten the health of the surrounding environment and communities. The amount of waste being dumped at JRL has also increased by 32% since 2012, increasing the need for future landfill expansions and/or for creating more active landfills in Maine.

While federal law prevents Maine from restricting commercial waste facilities from importing out-of-state waste, we can prevent out-of-state waste from being dumped in our State-owned waste facilities. Maine law previously classified waste as “generated within the state” just by virtue of arriving at one of Maine’s solid waste processing facilities before it is landfilled. LD 1639 stops Maine from being a dumping ground for toxic waste by: 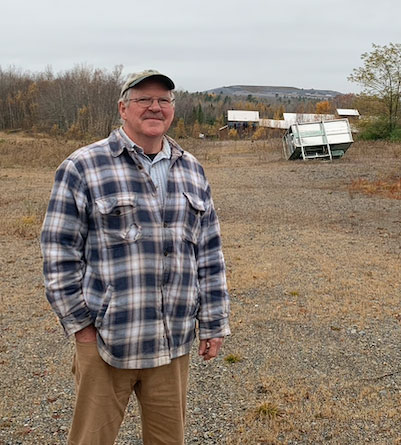 Ed Spencer of Don’t Waste ME

“Maine people have spoken clearly and with conviction that they will not be treated as the dumping ground for the Northeast,” says Ed Spencer of Don’t Waste ME. “Changes like this are necessary if Maine is truly to lead us on a less wasteful path that diminishes the danger and damage from climate change.”