The Land for Maine’s Future program was established in 1987 when voters, in response to concerns over the loss of critical natural areas, approved funding to purchase and protect lands important to the history and traditions of the state of Maine. Since then, the program has completed projects in all 16 Maine counties, protecting more than 560,000 acres of conservation and recreation lands. These include mountain summits, water access sites, farmland, working waterfronts, and other areas vital to preserving the character of Maine for future generations. 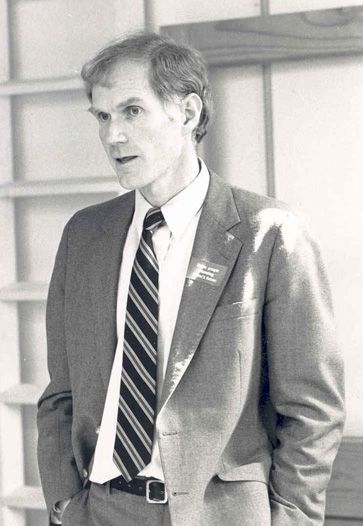 In 1987, NRCM worked hard, in partnership with a broad coalition of citizen activists and conservation groups, to successfully establish the Land for Maine’s Future program. At a time when unchecked development and rampant speculation was beginning to severely impact culturally significant lands and the Maine way of life, the LMF initiative offered a critical opportunity to permanently protect some of the wild, undeveloped lands that best represent the beauty and diversity of our state’s natural heritage. When voters approved the initiative, then-NRCM Executive Director Brownie Carson spoke about the significance of the occasion: “The public realized that unless we take the initiative now, some of our state’s finest natural areas and recreational lands will be bought up by developers, subdivided, and forever lost to the public. It was a wise investment in Maine’s future.”

The Land for Maine’s Future program has continued to receive broad public support over the years, receiving at least 60 percent of the vote each time a bond measure has been on the ballot. NRCM played a very active role in 1999 securing passage of a $50 million LMF bond. The program stands out as one of Maine’s most successful conservation programs. In 2014, NRCM launched a searchable, interactive map showcasing all of the LMF-protected lands throughout the state, making it easy for everyone—Maine people and visitors alike—to learn about these areas, including the kinds of recreational activities welcomed at each locale and highlighting the good work of local groups and communities that helped protect these special places.

As it has since the beginning, NRCM continues to work hard to promote the LMF program and to support the determination of the people of Maine to protect and preserve the unique beauty and heritage of our great state.