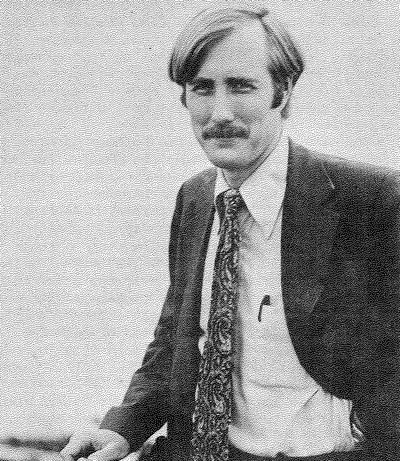 Senator Angus King, then a 31-year-old attorney with a practice in Brunswick, served as our lobbyist on the issue. (Photo from 1976 Maine Environment newsletter)

In the summer of 1976, Maine Senator Edmund Muskie spoke on the floor of the United States Senate regarding the importance of beverage container redemption legislation. “It is a needed step to assist in developing a ‘conservation ethic’ that rejects waste and embraces thrift, husbandry, and saving part of the Earth’s abundance for our posterity,” he said. That year, NRCM worked hard to secure passage of a “Bottle Bill” in the Maine Legislature. Angus King, a 31-year-old attorney with a practice in Brunswick, Maine, served as our lobbyist on the issue. Later that year, the voters of Maine approved a referendum measure creating one of the first statewide bottle redemption laws in the country. Prior to the bill’s passage, beverage containers were the single largest component of roadside litter, marring the natural beauty of Maine and imposing a significant financial burden on the state agencies charged with its collection and disposal. Today, it is estimated that more than 90 percent of all eligible containers are redeemed and recycled, all thanks to the success of the “Bottle Bill” and the “conservation ethic” of the people of Maine.

The Natural Resource Council of Maine was a strong supporter of the Bottle Bill from the beginning, and we continue to support and defend it to the present day. (In 2017, we helped to add “nips,” small liquor bottles, to the Bottle Bill.) Industry groups and out-of-state special interests have consistently opposed beverage redemption legislation. Despite the law’s widely recognized success over almost 40 years, vigilance and effort is still needed to ward off attempts by various special interest groups to roll it back.  In 2011, Governor Paul LePage’s Phase 1 Regulatory Reform Proposals called for the repeal of the beverage redemption law. When a bill was introduced in the Maine Legislature, aimed at achieving just that, NRCM worked hard to make sure it was defeated, and the benefits of the law were preserved.

The Bottle Bill is Maine’s oldest and arguably most successful product stewardship law. It has kept tens of billions of containers out of landfills, incinerators, and off roadsides while also supporting more than a thousand jobs at hundreds of redemption centers and spurring millions of dollars in direct and indirect economic activity. It is a shining example of Maine’s “conservation ethic,” and NRCM is proud to have been a part of the law’s success over the last 40 years.