Cool Fact: The Irish word for fox, sionnach, is believed to be the root of “shenanigans,” to play tricks.

Easily recognized by the combination of its reddish fur with white chin, neck, and undersides; pointy face and ears; long bushy tail tipped with white, and black stocking feet, the red fox is the most widely distributed carnivore in the world and one of the most common animals in the Northern Hemisphere. The species shares a common ancestor with wolves and coyotes, jackals and seals, evolving around 10 million years ago and spreading from northern areas into most of the United States and much of the Northern Hemisphere. They are “fairly common” in Maine and occur throughout the state.

Foxes prefer evergreen woods, especially the edges where forest meets field, lake, or river. They are active all year round, day and night, especially dawn and dusk. They use the same habitat and food sources as coyotes, but foxes don’t need as large an area to range (between four and twelve miles), so they can “outfox” their competitor and establish territories in between coyotes, if enough space exists. The related canines seem to co-exist.

They mate in winter with a peak in late January, and kits are born in early spring. Both parents participate in raising the young through the summer, the kits rolling and pouncing as they play and learn. They can be very vocal, sounding high-pitched chirps and screams. Average life span is two to four years.

Solitary hunters, red foxes prey on rodents; as snow accumulates in winter, they rely less on small mammals for food, digging up frozen apples or heading into dense conifers to hunt for snowshoe hare. They are omnivorous and will eat other fruit, plants, insects, fish, frogs, birds, and bird eggs. They are notorious for getting into the henhouse.

Their overlap with human habitat, distinctive appearance, and global range has earned them a place in many cultures and stories.

In Germanic language, “foxy” became a synonym for crafty and cunning. Fox is a beast of the chase but to “hunt the fox” was also to get drunk. The Irish word for fox, sionnach, is believed to be the root of “shenanigans,” to play tricks. For the Wabanaki, a fox howling near the home could be a sign of death. Foxes are typically shy, after Gluskabe warned away the fox that was taunting grandmother. Fox learns from his mistakes.

Foxes are light on their feet, springy and spry. Dashing into the grass on the side of the road, their tail gives them away. According to National Geographic, the thick, brushy tail helps them keep their balance, and also serves as a warm cover in cold weather and as a signal flag to communicate with other foxes. Foxes are trapped and occasionally hunted (sometimes with dogs) from October through February. These days the going price for a Maine fox pelt is around twelve dollars. The Department of Inland Fisheries and Wildlife considers the current population healthy (although this is not based on a lot of data; the agency last assessed the fox population in 1986), and wardens frequently field calls from worried homeowners when foxes appear in yards and pastures.

Fox-fire (not to be confused with the Internet browser or Appalachian lifeways magazine) is the name for the green-blue glow from phosphorescent fungus on decaying wood in marshes and meadows; it is also what they call the Northern Lights in Finland, sparks emitted by foxes running over the midnight tundra. It is unclear how fox-glove flowers got their name, except that foxes inhabit the human imagination.

As a frequent character in Aesop’s fables, Fox is smart, sly, and smooth. “Always looking for a chance to make fun of his neighbors,” he flatters and lies, outwits and tricks (sometimes to his own detriment), and prefers the lesser evil. Fox teaches us to prefer the lesser of two evils, to look before we leap, to value brains over beauty, to treat others as we want to be treated.

The lessons that Fox teaches are timeless. In “The Fox & the Grapes,” Fox could not reach a cluster of juicy grapes no matter how hard he tried. He finally gave up, cursing the grapes as sour: “There are many who pretend to despise and belittle that which is beyond their reach.”

And, of course, Roald Dahl’s Fantastic Mr. Fox, who evades the greedy men who are trying to kill him, providing a feast and a new home for his hungry family and all of their burrowing animal friends. To be on the good side of a fox is a very nice place to be.

Creature Feature by Catherine Schmitt, a science writer based in Bangor. Her most recent book is Historic Acadia National Park.

More photos of the red fox by NRCM’s members and supporters: 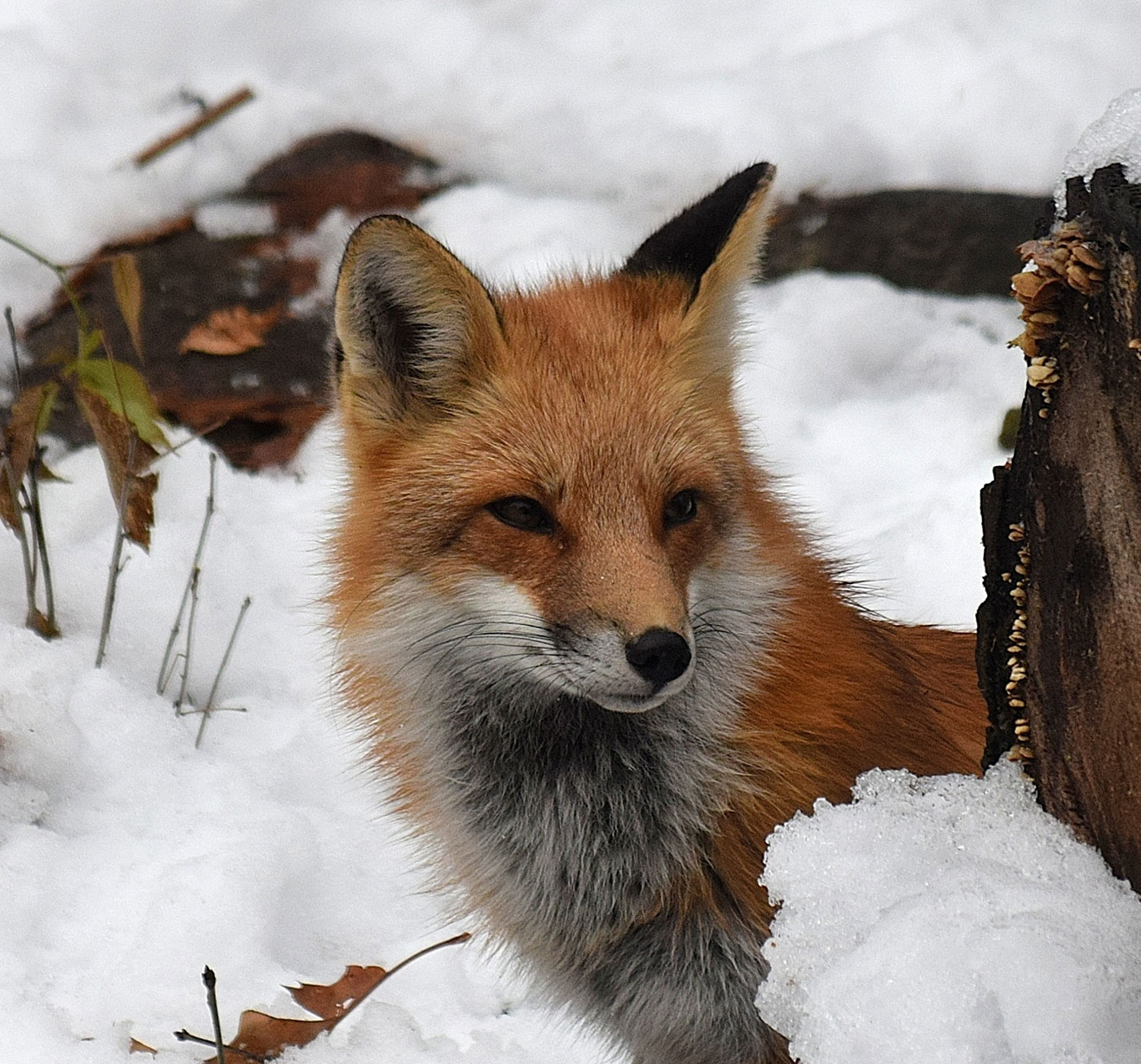 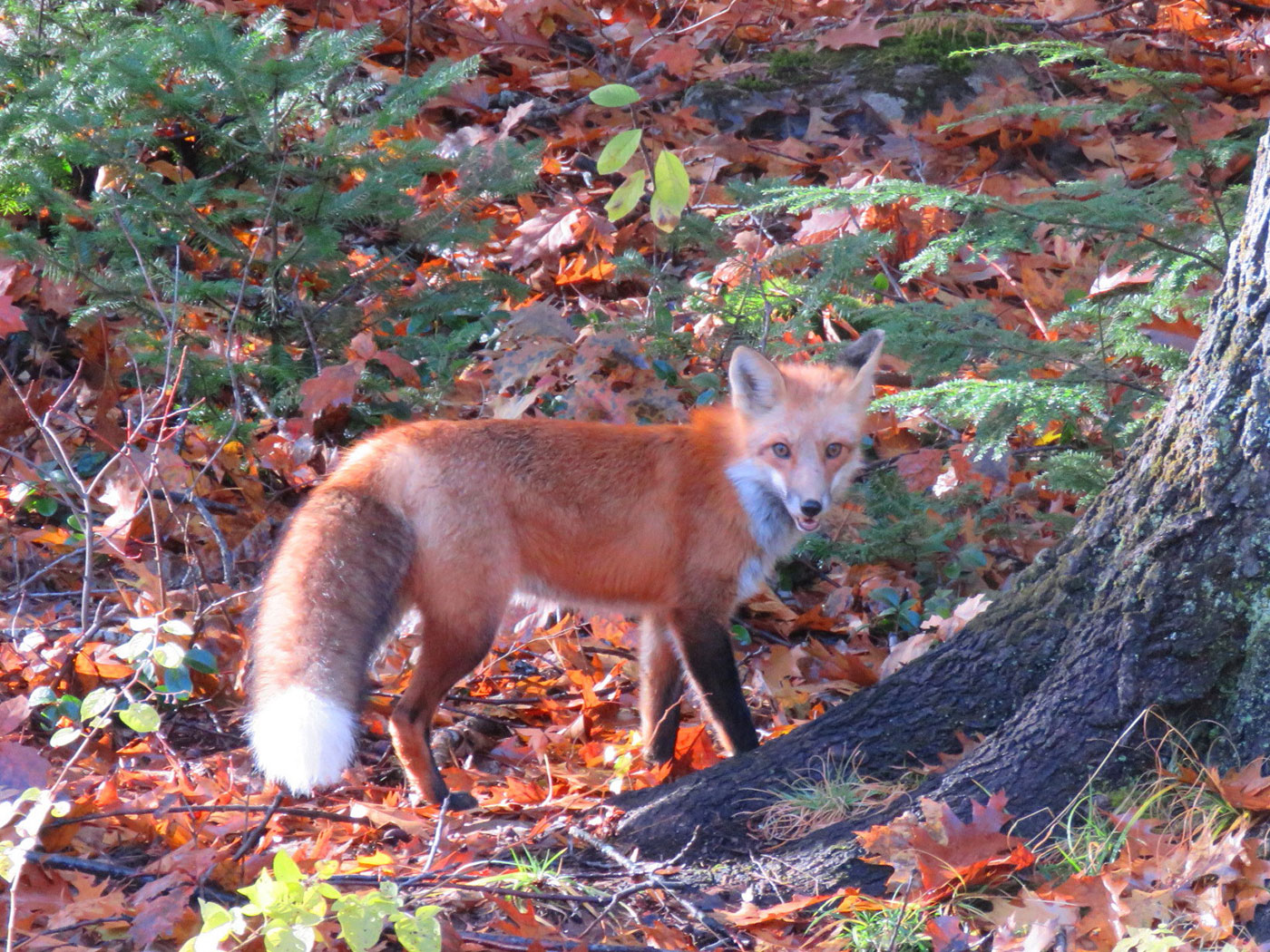 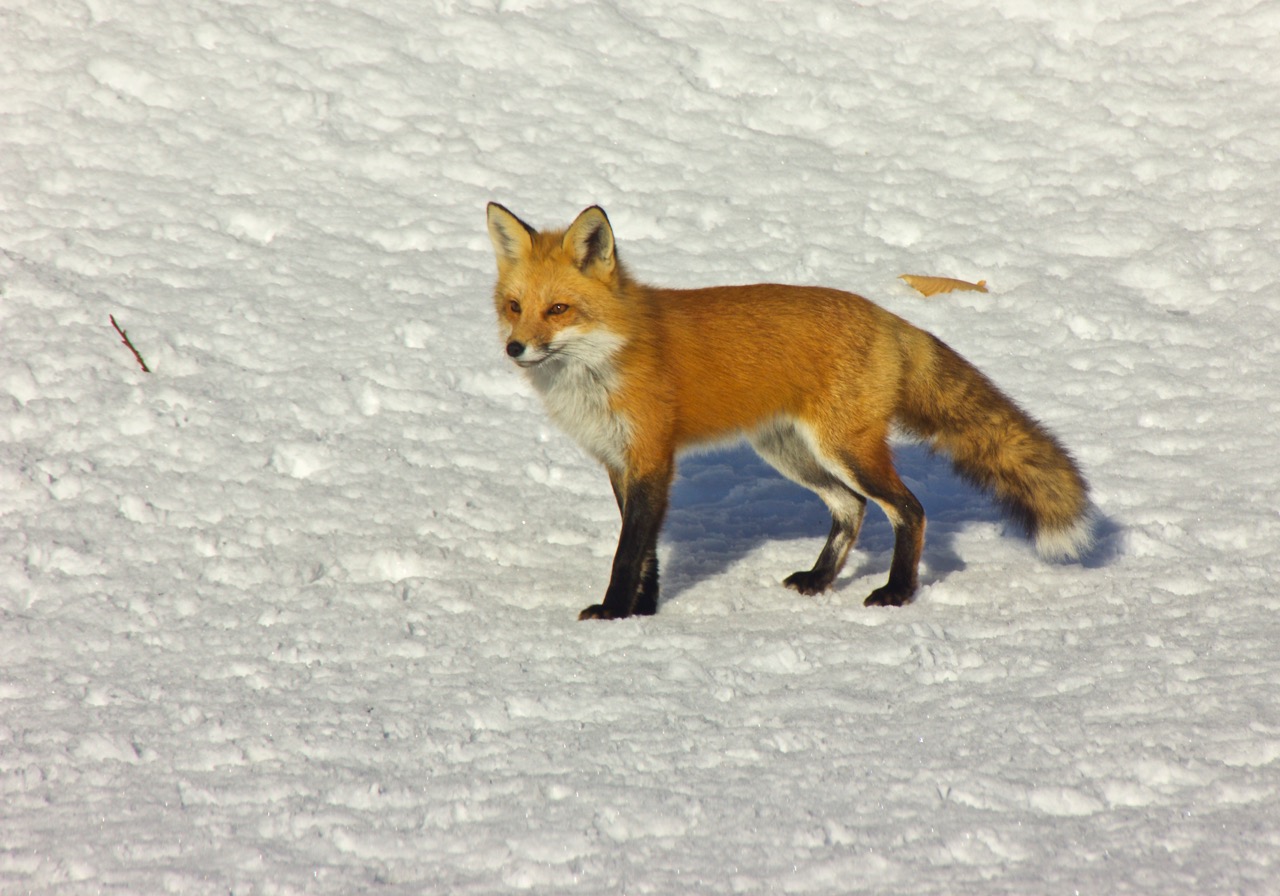 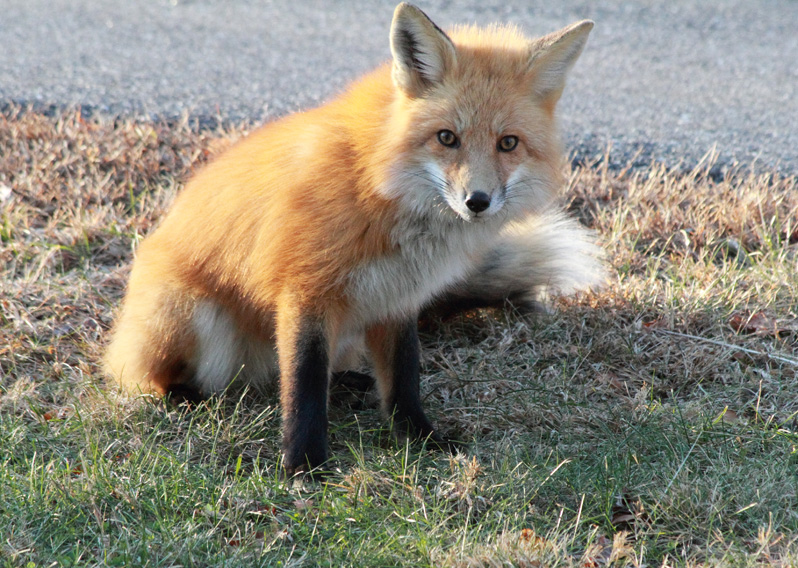