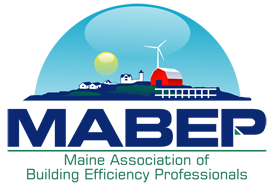 At a State House news conference today, leaders of solar companies across Maine decried the attack on their industry by Governor LePage and his allies, including House Minority Leader Ken Fredette.

In the wake of the creation of a landmark consensus on a solar bill that would create 800 jobs, save all ratepayers money, and move Maine out of last place in the region for solar, Governor LePage and his allies have presented amendments that could wipe out Maine’s solar industry. If the governor’s attack is successful, Maine’s solar industry could lose as many jobs as the 214 that will be lost when the Madison mill closes, which was just announced March 14.

“At a time when Maine’s economy desperately needs jobs, we should be embracing and supporting Maine businesses, not trying to run them out of business,” said Vaughan Woodruff, owner of Insource Renewables of Pittsfield, chair of MABEP’s Committee on Renewable Energy (CORE). “Instead of removing barriers to ensure fair treatment of ratepayers, solar power generators, and utility monopolies, the actions of the governor and his supporters threaten to kill our industry. If legislators can move past the governor’s rhetoric to support a bipartisan agreement to benefit ratepayers and Maine’s economy, the additional jobs across Maine would be enough to fill several mills.”

As compared to the status quo, the bill would reduce energy costs for all electricity customers, create 800 good jobs across the state, and remove barriers that now prevent towns, businesses, and urban-dwellers from installing solar arrays. LD 1649 does not contain subsidies, rebates, or discounts for solar. Instead, it modernizes parts of Maine’s utility policy that have unfairly created barriers to towns, cities, businesses, and communities going solar, and ensures solar producers are reimbursed fairly for the power they produce and sell to the electric grid. Failure to pass solar legislation this year will leave the LePage-appointed Maine Public Utilities Commission to consider changes to net-metering, and it is widely believed they intend to weaken or halt the program, a change that puts the existing industry at grave risk.

“Maine’s Legislature has an opportunity to support a bill that will result in the growth of jobs in Maine-based companies – companies already established in the state, companies that are owned by Mainers, will stay in Maine, and keep their employees in Maine,” said Sam Zuckerman, owner of Maine Solar Solutions of Durham.

“The solar policies in Massachusetts and New Hampshire have helped generate many jobs,” said Harry Pollard IV, owner of True Enterprises of York. “Maine has the opportunity and needs to take advantage of the large potential job growth here.”

“Governor LePage and his supporters are putting ideology ahead of the interests of Mainers,” said Woodruff. “At a time when our communities are losing jobs by the hundreds, the governor is ignoring the huge economic benefits of this bill and putting the livelihoods of more than 300 Mainers at risk.”

“LD 1649 has the potential to add an additional 800 new, good-paying jobs across the state,” said Chuck Piper, co-owner of Sundog Solar of Searsport. “One of the many great things about the solar bill is we can create these new jobs without any additional expense to the citizens of Maine. We feel this bill presents a great opportunity to Maine residents.”

The solar bill (LD 1649, An Act to Modernize Maine’s Solar Power Policy and Encourage Economic Development), was the result of stakeholders working together over many months, including Maine’s Public Advocate (who looks out for ratepayer interests) and representatives from Maine’s solar industry, utility companies, municipalities, Maine conservation groups, and legislators, including Democratic Representatives Sara Gideon and Marty Grohman and Republican Representative Nathan Wadsworth.

On March 16, the Energy, Utilities, and Technology Committee hosted a mobbed hearing, with two full overflow rooms. More than 70 Mainers got a chance to testify in support of the bill, and only two representatives of Governor LePage spoke in opposition.

On March 29 the committee voted on party lines to pass the bill. With the support of House Republican leader Representative Fredette, Representative Wadsworth pushed an amendment that replaces the entire bill and calls on the PUC to consider changes to net-metering. The amendment does not prevent the PUC from weakening net-metering, which they are poised to do if no bill is passed. A second surprise Republican amendment resembles proposals from LePage’s energy director, Patrick Woodcock, and would also take Maine backwards on solar.

Representatives Wadsworth and Fredette have expressed concerns about ratepayer costs and claimed their amendment intends to “protect net-metering.” However analysis from the Public Utilities Commission and the Office of the Public Advocate shows clearly that continued net-metering will cost ratepayers roughly $10 million/year MORE than passage of LD 1649.

Maine lags far behind other Northeast states on solar installations and jobs, and the governor’s legislative allies are supporting a measure that would make Maine’s sad situation even worse. Solar workers from across Maine discussed the current business climate for solar in Maine and the impacts of this bill on jobs, Maine’s economy, electric rates, and the state’s electrical infrastructure. At a time when Maine’s communities are being torn apart by the loss of mill jobs, Maine’s solar industry provides a significant opportunity to employ the next generation of blue collar workers. The solar policy bill is projected to create 800-1,000 new jobs in the state without costs to Maine’s taxpayers and ratepayers.