Maine’s Ecological Reserves: A Vision for “Saving All the Pieces”

Maine’s natural environment provides us with so much: healthy air, clean water, flood control, crop pollination, carbon sequestration, inspiration, recreation, and much more. Though our  scientific knowledge grows every year, there are species and relationships in nature we know little about or haven’t even discovered. 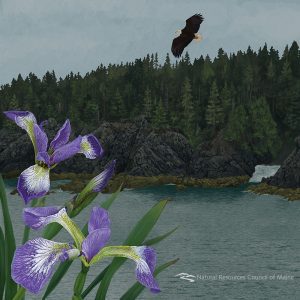 Maine’s ecological reserve system was created by the Legislature in 2000 to conserve the state’s rich array of plant and animal life, and to protect effective examples of all the habitat types found in Maine. Today, the role of ecological reserves in supporting long-term scientific research, protecting biodiversity, and helping mitigate climate change is more critical than ever.

I was first introduced to Maine’s ecological reserves when I hiked Old Speck at the Mahoosuc Unit. On that cloudy, summer day we could easily make out the layers of mountains in the distance that created a gradient of blue, blending in with the sky. That same year we toted our canoe up to Deboullie, where we were wowed again by the beauty of the mossy forests and undeveloped ponds.

These special places are protected by ecological reserves and include some of Maine’s most stunning public lands, including St. John Ponds, Cutler Coast, and the Bigelow Range. They also include lesser known lands that harbor rare or unique plant and animal species that need protecting. In addition to 19 ecological reserves designated by the Bureau of Parks and Lands, Maine Inland  Fisheries and Wildlife as well as private organizations manage 50 ecological reserves across the state.

Maine’s ecological reserve system started as an idea in the 1980s, supported by conservationists and industry alike, to “save all the pieces” by conserving Maine’s unique biodiversity. Today, it’s an essential conservation tool.

As Maine’s environment faces growing threats from development, pollution, invasive species, biodiversity loss, and climate change, it is more important than ever to protect at-risk animals and plants, and to ensure ecosystems remain intact. Climate change and biodiversity are interlinked global challenges driven by human activity. Worldwide, one million species are vulnerable to extinction,¹ and one-third of terrestrial species in the U.S. are threatened with extinction.2,3

Climate change is increasing the intensity and frequency of storms and average annual temperatures,4 which will affect Maine’s forests, watersheds, and the wildlife that inhabit them over the coming decades. For fish and wildlife, scientists predict that changes to habitat will force most species to retreat northward or to higher elevations, or otherwise find refuge to survive.

Development pressure is one of the biggest threats to wildlife habitat in Maine, a state that contains globally significant bird habitat and the largest contiguous temperate broadleaf forest in the world. Southern and coastal Maine had higher rates of conversion of open space to development than northern and western Maine.

Rising to the Challenge of Saving All the Pieces

Ecological reserves provide many benefits to Maine people. On average, ecological reserves store 30% more above-ground carbon than other lands in Maine on a per-acre basis. They also serve as long-term research sites, providing scientific research opportunities to enhance our understanding of environmental change on the landscape. Ecological reserves also protect both common and at-risk species in Maine, including some of the few old growth forest stands in the state, a vanishing resource that is very important as wildlife habitat.

However, the promise of the ecological reserve system to save all the pieces has not fully been met. Only a portion of all habitat types are under conservation, leaving many important habitats and the species they support vulnerable, especially in southern Maine. New ecological reserves in southern Maine, where there are relatively high rates of rare, threatened, and endangered plant and animal species, would also create accessible recreation opportunities in the part of the state where the majority of the population lives.

In 2022, NRCM worked with partners to pass a law that will allow the Bureau of Parks and Lands to expand existing ecological reserves and designate new ones across Maine. It also includes a provision that adds the gathering of materials by members of federally recognized Wabanaki tribes to the list of allowable activities on ecological reserves.

By taking action to protect Maine’s biodiversity strongholds, we can increase resilience to climate change and provide critical habitat for wildlife that live in and migrate through Maine. We also can enhance the management of forests, farms, fisheries, outdoor recreation, and natural resources.

Expanding ecological reserves across Maine is needed to open the door to greater protection of biodiversity and wildlife habitat, which will benefit current and future generations and create a more livable environment.

About the Artist: Placing a special focus on at-risk species and wildlands, artist Zoe Keller weaves drawings that explore the interconnectedness of fragile, vanishing ecosystems. By highlighting the biodiversity at risk in an era of human-driven mass extinction their work aims to inspire reverence for the natural world and action to defend what we have left. View Zoe’s work on Instagram @zoekellerart

Originally printed in the Summer 2022 edition of Maine Environment newsletter