An Interview with Roxanne Quimby: Philanthropist, Conservationist, and Businesswoman

Next week marks the one-year anniversary of the new Katahdin Woods and Waters National Monument, located just east of Baxter State Park. This Monument was a gift to Maine and the American people from Roxanne Quimby and her family, and has already increased visits to the area, benefiting the region’s economy. Last year, Cathy Johnson, NRCM Senior Staff Attorney and Forests and Wildlife Project Director, spoke with Roxanne about her generous gift of 87,500 acres of land for this Monument for a featured article in our Maine Environment newsletter. In celebration of the anniversary of the establishment of the National Monument, we thought it would be nice to share the full interview with readers of our blog.

This interview originally was printed in our Maine Environment newsletter, fall 2016 edition. 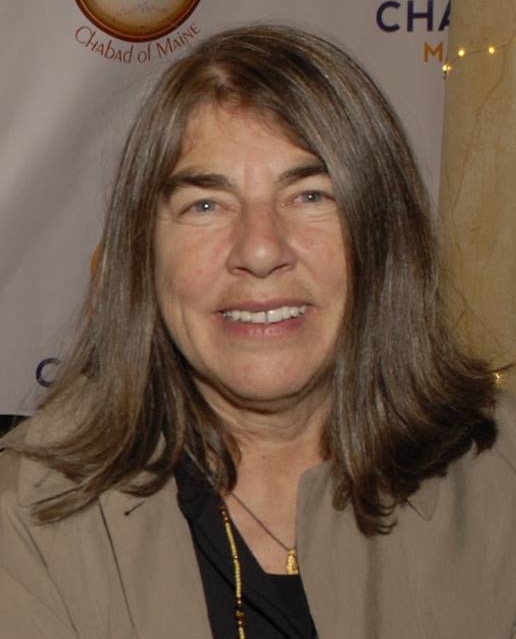 On August 24, 2016, President Obama designated the Katahdin Woods and Waters National Monument. That gift was made possible thanks to the generosity of Roxanne Quimby, the founder of Burt’s Bees, who used proceeds from the sale of her company to purchase these extraordinary lands. I was pleased to have had the opportunity recently to speak with Roxanne about the beginning of this 15-year project, and to discuss why this project was important to her and how she feels now that it has been completed.

Cathy: When did you purchase your first land?

Roxanne: It was just before the year 2000 when I purchased my first piece of land in Maine. Burt’s Bees was doing really well, and we had excess cash that we didn’t need to invest back into the company. I thought about what to do with it. Some people would buy other companies or invest in stock, but I saw that land in Maine was about $200 an acre, which for us was the wholesale price of four cases of lip balm. To me, the land was cheap and yet priceless at the same time. After all, you can make endless amounts of lip balm (we were making 1,000 cases a day) but you can’t make more land.      A realtor contacted me—I’m not sure how he knew I was interested in buying land. (Actually, all of the parcels of land I’ve purchased were the result of land owners, their brokers, or their managers approaching me first.) Everybody around me was nervous about Y2K and whether or not the computers were all going to break down at the turn of the millennium. I bought that piece of land just before the year 2000. I thought it was an excellent way to celebrate Y2K.

Cathy: Why was it important for you to protect forest lands and wild places in northern Maine? When did you first discover your love of nature?

Roxanne: It was really when I lived in California at the age of 19 that I began to appreciate nature. I had an apartment in San Francisco, and I went crazy with houseplants. I realized I had a real affinity for growing plants. I brought that love of growing things with me when I moved to Maine. I love to garden. I find it relaxing and soothing to be around green things that are growing. Nature is its own being, and it has lessons to teach us. I get my life teaching from nature. Some people gravitate to other people or to books for learning but for me it is nature. It physically hurts me to see land that has been clear-cut or harmed; I feel that pain.

I’m not much of a recreationist. I don’t hike or canoe or bike. I’m into the soothing, healing aspect of nature, where it is very quiet—except when it’s not! When there’s a blizzard or an earthquake or flood, you learn that you’re not in control of everything. We would be a healthier community if we were more humble.

Cathy: What is your hope for the Katahdin Woods and Waters National Monument and the people in the Katahdin region?

Roxanne: Looking ahead five years, I hope that there will be more infrastructure for visitors, that the road will be improved, and that there will be signs to help visitors see where to go and what to do. I hope there will be activities for those who are not real adventurers, like hikes for kids with a ranger. But it takes longer than that to become a real national park. One of the most important things about the new monument is that the forest will have the chance to recover. A lot of the forest was heavily harvested before I purchased it. You can’t rush forest regrowth. It will take 20 to 50 years for it to become a restored, balanced ecosystem.

I live close to Schoodic; it was a very underutilized part of Acadia National Park. Winter Harbor, the town next to Schoodic, lost its Navy base, and lots of people lost their jobs. I have seen what it takes to turn a town around and create a destination that is appealing for visitors. It takes a lot of work, time, and money. In the Schoodic case, they built a campground with bike trails, hiking trails, and bridges. They made it a really nice place for visitors to come now. This summer was really rewarding because visitors finally started to come in significant numbers. The campground was full almost every single night.

A national monument is a long-term solution because you have to build the infrastructure, and the trees and animals have to come back. The National Park Service has a proven track record of doing really well at protecting the resources and managing them in a way that the public can enjoy. I hope and expect that the same will happen for the Katahdin Woods and Waters National Monument.

Cathy: What has it been like for you since the National Monument designation? What are some of your best moments so far?

Roxanne: I’ve gotten lots of positive feedback. People are really happy. They can’t wait to visit. Many people understand the economic benefits the monument will bring. They’re looking to the future. I’ve gotten lots of really nice thank-you notes. At this point people are focused on making a great National Monument. The best moment in the last month was when I was inducted as a founding member into the Teddy Roosevelt Society. The National Park Service set this up to celebrate their centennial and to honor those who have made significant contributions to the National Park Service. The event was held at Sagamore Hill National Historic Site, Teddy Roosevelt’s home from 1885 until his death in 1919. I was introduced by former Secretary of the Interior Ken Salazar. It was a very nice evening.

The other great moment was the designation of the National Monument at New England Outdoor Center with the Secretary of the Interior Sally Jewell. It was so beautiful, with the lake and the mountain behind the podium where people were speaking. People were so very happy.

Cathy Johnson is NRCM’s Forest and Wildlife Project Director and led NRCM’s work for designation of the Katahdin Woods and Waters National Monument.