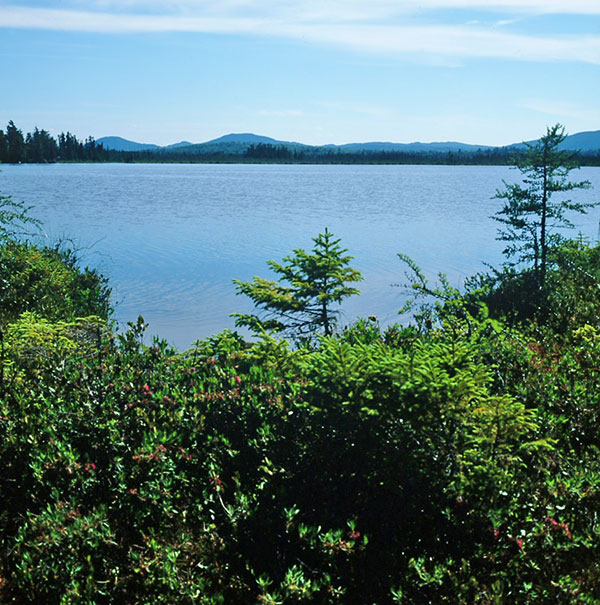 This preserve, managed by the Maine Bureau of Parks and Lands since 2009, encompasses thousands of acres of beautiful forests, frontage along the Moose River, and the #5 Bog. This bog is the only large intermontane peatland in the northeastern United States, and it was designated as a National Natural Landmark by the U.S. National Parks Service in 1984. It is an A-ranked ribbed fen ecosystem that also includes Maine’s largest inland jack pine stand. The area is notable for its generally pristine, untouched condition.

About a third of the Moose River Bow Trip, a popular paddling loop, is housed within the preserve. The rugged, raw environment of the area and its unique peatland ecosystem make it a great spot to conduct nature study. Visitors should also be on the lookout for Northern Harriers, which can oftentimes be found around or above #5 Bog.

With the help of the Land for Maine’s Future program, this site was acquired by the Maine Bureau of Parks and Lands and the Nature Conservancy in 2009, and it was designated as an ecological reserve. These conservation efforts have ensured that this ecologically diverse and significant area remains as untouched and beautiful as it has been for millennia.

Directions: The area lacks direct road access, but it is located just south of Attean Pond and can be accessed via hiking or paddling.