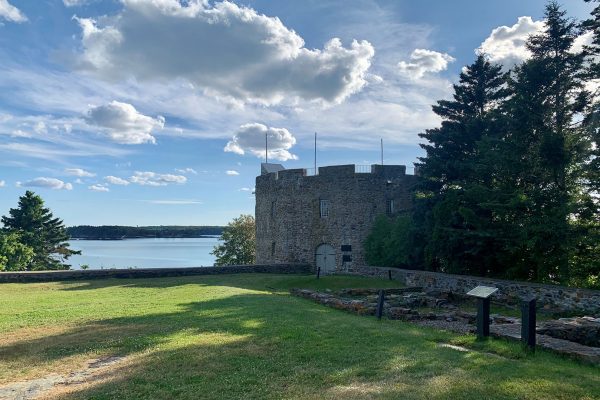 With a history of European settlement dating back to the early 1600s, Colonial Pemaquid houses ruins and reconstructions of one of the earliest colonial communities in North America. Pemaquid had been the home of Abenaki Indigenous people for thousands of years prior to the arrival of English and French traders in the early 17th century. By 1673, the settlement contained 40 houses and more than 150 residents. Pemaquid was involved in a number of colonial era conflicts (including the French and Indian War) and was attacked and abandoned several times.

In the present day, Colonial Pemaquid paints visitors a picture of early American colonial life in a beautiful coastal setting. The site’s signature attraction is a 1908 reconstruction of Fort William Henry, which was originally built in 1692 but demolished only four years later by a combined French and Native American force. While the village at Pemaquid has been largely destroyed, remains of the buildings and fortifications can still be seen. A museum, itself a replication of a 1600s fisherman lodge, displays colonial artifacts such as musket balls, coins, pottery, and glassware.

Colonial Pemaquid has been designated as both a State Historic Site and a National Historic Landmark. Archaeological interest in the site began to ramp up in the late 19th century, and the State of Maine therefore decided to acquire Colonial Pemaquid in 1903 and has managed it ever since. The Friends of Colonial Pemaquid, a local volunteer group, also contributes to the operations of the site. The Land for Maine’s Future program supported the acquisition of a small addition (0.4 acres) to the park in 2008.

Directions: From Bristol, head south on Old Country Road before turning left onto ME-130 S (Bristol Road). After 1.6 miles, turn right onto Huddle Road, and then turn right onto Old Fort Road a mile later.