There are few classrooms that are as enthusiastic and as engaged as the Middle School students I have seen who are working together on their own environmental grant projects. The students who work on these projects are focused on a specific issue of importance to their school and within their community and are able to conduct these projects as a result of having received grant money from the Natural Resources Council of Maine. The ownership of their work is wonderful to observe when I visit their classrooms every spring as a member of the grant committee. Some of the highlights of the projects I have seen conducted through the Engaging Maine Middle School Students in Protecting the Nature of Maine Program are as follows:

In 2017, St. George Middle School students led me on a field trip to a nearby stream where they were monitoring water quality and stream flow in an effort to reintroduce alewives into the town marsh. An eighth-grade student wrote, “We have really enjoyed getting outside for class. I never knew some things are just straight up interesting…I’m honored to be part of this project. Generations in the future will always remember our contributions to the town.”

In that same year, I also visited a seventh-grade classroom at Bath Middle School and attending their presentation that was on their study of two invasive crab species that they found in three local state parks. They displayed the data they had collected in numerous graphs and explained their findings in poster presentations for an Open House Night at the school. They talked about their work with passion and understanding to anyone who stopped to read their posters. 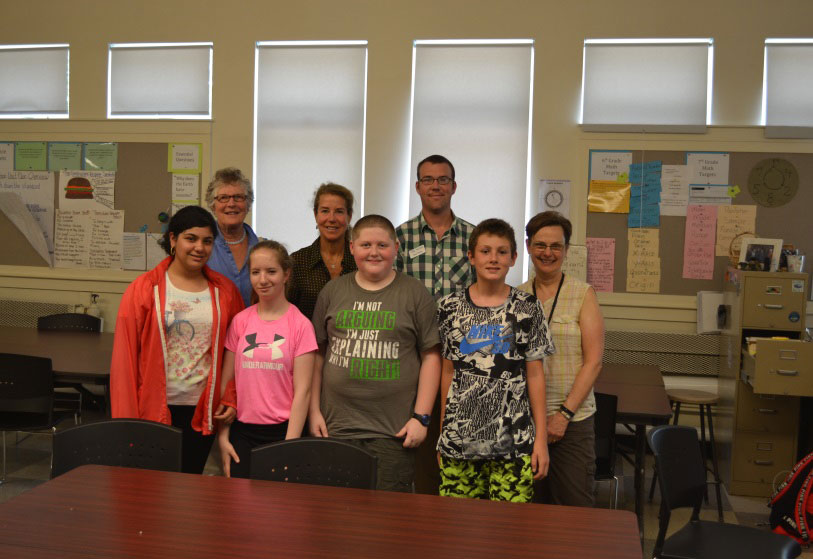 My visit to the Windham Middle School

In 2018, I met with the Windham Middle School Green Team and learned about their efforts to promote the composting of food waste in both the cafeteria and throughout the classrooms of their school. They promoted this initiative by handing out raffle tickets for weekly prizes to students who correctly used the compost, recycle, and trash bins after eating lunch.

In Gorham, seventh grade science students studied Japanese knotweed, an invasive plant on their school ground. The following year they experimented with different control methods that would eradicate the knotweed, but not harm the native plants. They tried various methods including covering a plot with tarps and using various sprays made of mixtures of soap and vinegar, coffee, and essential oils.

In March, Brewer Community School science classes held an Open House so that parents and community members could learn about their Maple project that involved planting and maintaining a sugar-bush on the school property. At the Open House students explained the process of making maple syrup in a mobile sugar shack using sap from trees in the school’s 10-acre forest.

On another sunny spring day, I rode in a canoe with seventh-grade students from Hope Elementary School who were investigating invasive aquatic plant species in Alford Lake. They used bucket periscopes and grapples that they had made in class to collect the specimens. Everyone was delighted to be outside and to be using scientific instruments that they had made themselves to investigate the presence of invasive plant species in their community. 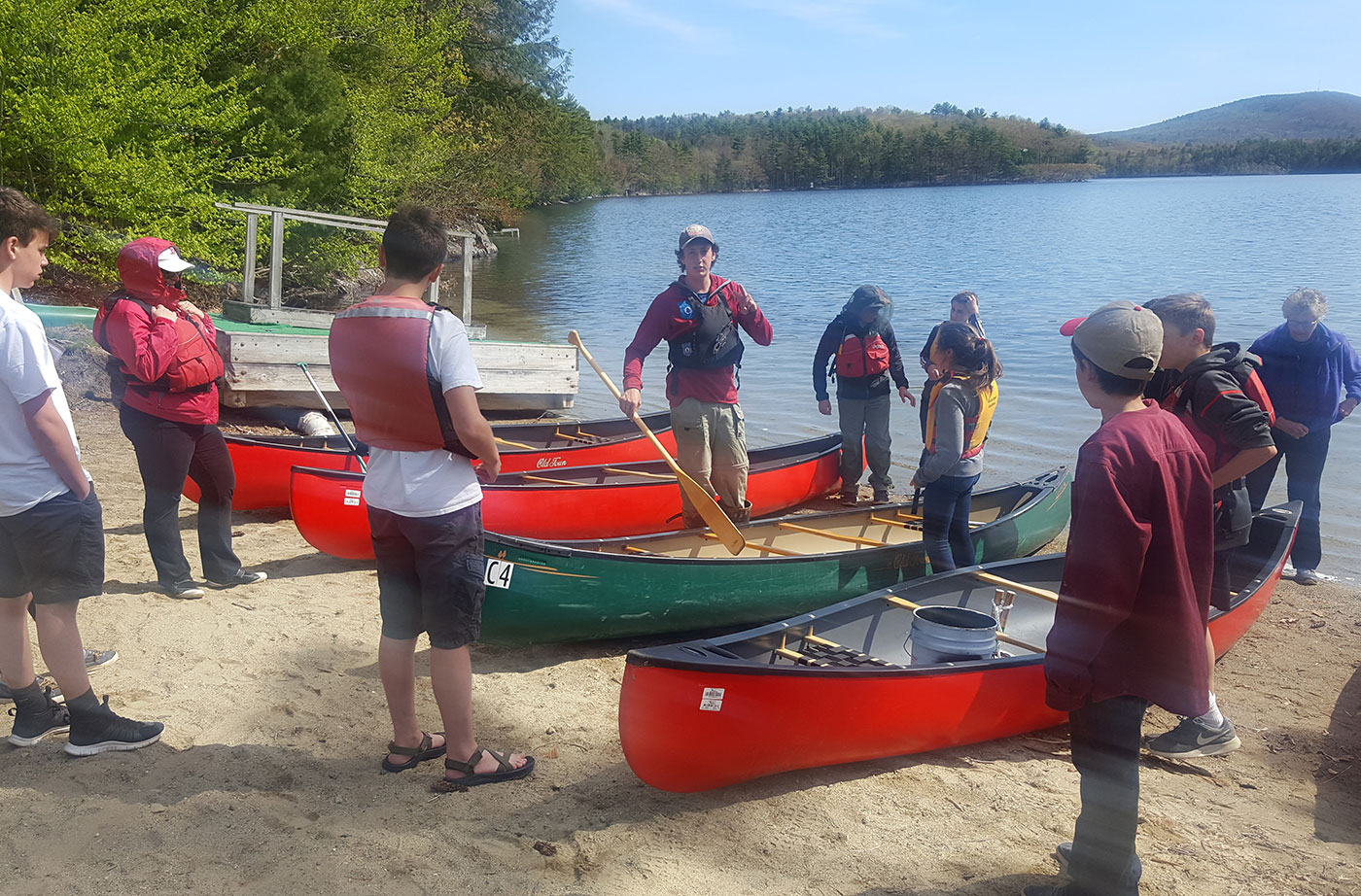 Getting ready to canoe with students at Hope Elementary School

This past spring, sixth-grade students in Harrison led me on a tour of the nature trail they made on their school grounds. They proudly pointed out the bridges, wood chip paths, bird houses, and signage that they had made. I was impressed by their teamwork and perseverance especially after getting a firsthand experience of the black flies that had sometimes “nearly eaten them alive” during their project!

Early one morning in China, Maine, I joined the Jobs for Maine Graduates students as they visited all of the classrooms in China Middle School and emptied the classroom recycling bins into the large bin they were rolling down the hallways. Their advisor remarked that the new recycling project benefited not only the school and the environment, but also taught the students how to work hard together as team. 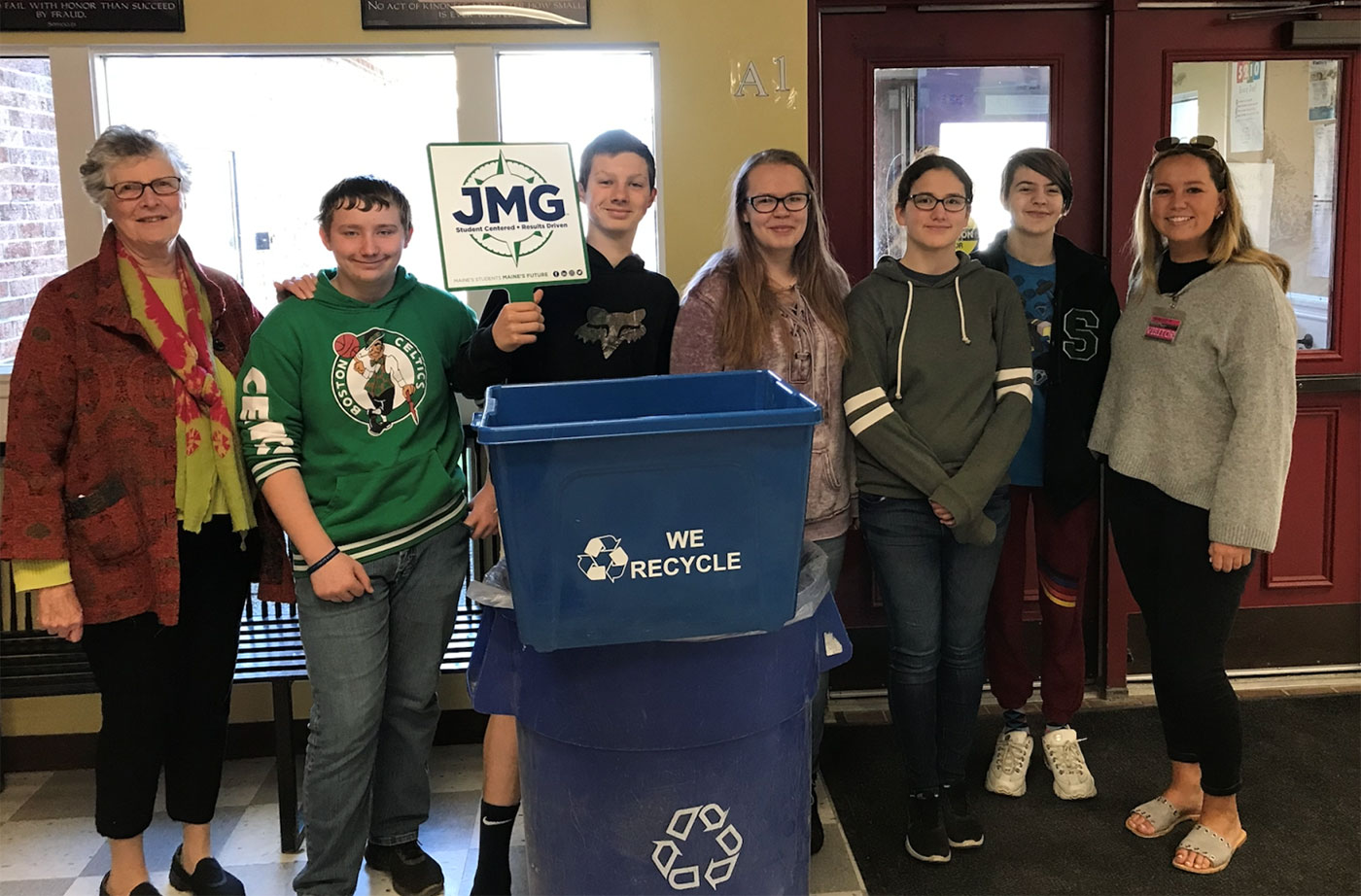 My visit with Jobs for Maine’s Graduates students at China Middle School as they showed me their recycling program.

I am grateful for the amazing creativity and hard work of the teachers who have used the Middle School Environmental grants to empower their students to make a difference in their communities by protecting and valuing the environment in which they live!