The seventh and eighth graders at Deer Isle Stonington Elementary School were busy in the fall of 2016 reopening the school’s Nature Trail, which had been closed for 12 years. The students carried science from the classroom and applied it to collecting and analyzing data, identifying native species, and learning about the relationships between the living and nonliving components of the site as they cleared the trail. It now extends from the elementary school playground toward the high school. 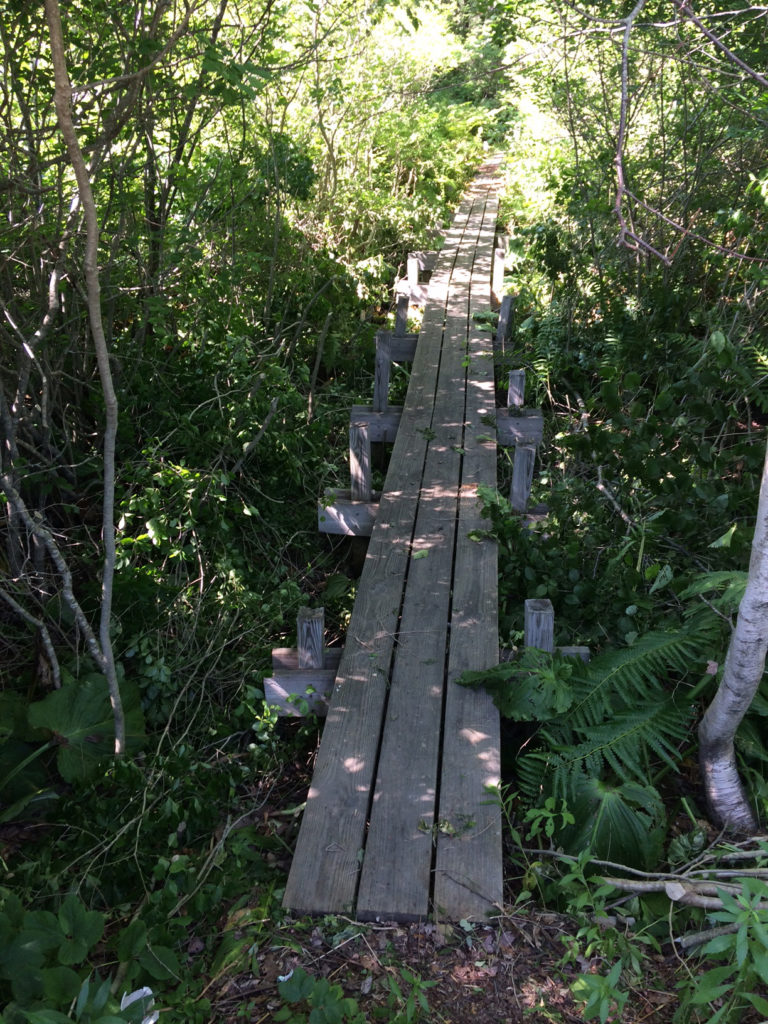 The entrance of the nature trail before it had been cleared in the fall of 2016. (Photo by Mickie Flores)

The project was in collaboration with the Gulf of Maine Research Institute with a mutual goal of illustrating how an out-of-classroom learning experience in science can serve as a demonstration of proficiency.

In the beginning, the trail was a tangled of plants. Besides general clearing, the students laid out quadrants for their daily data collecting, gave tours to the third and fourth graders, created signs, and took pictures, which they assembled into a Nature Trail calendar as a fundraiser. 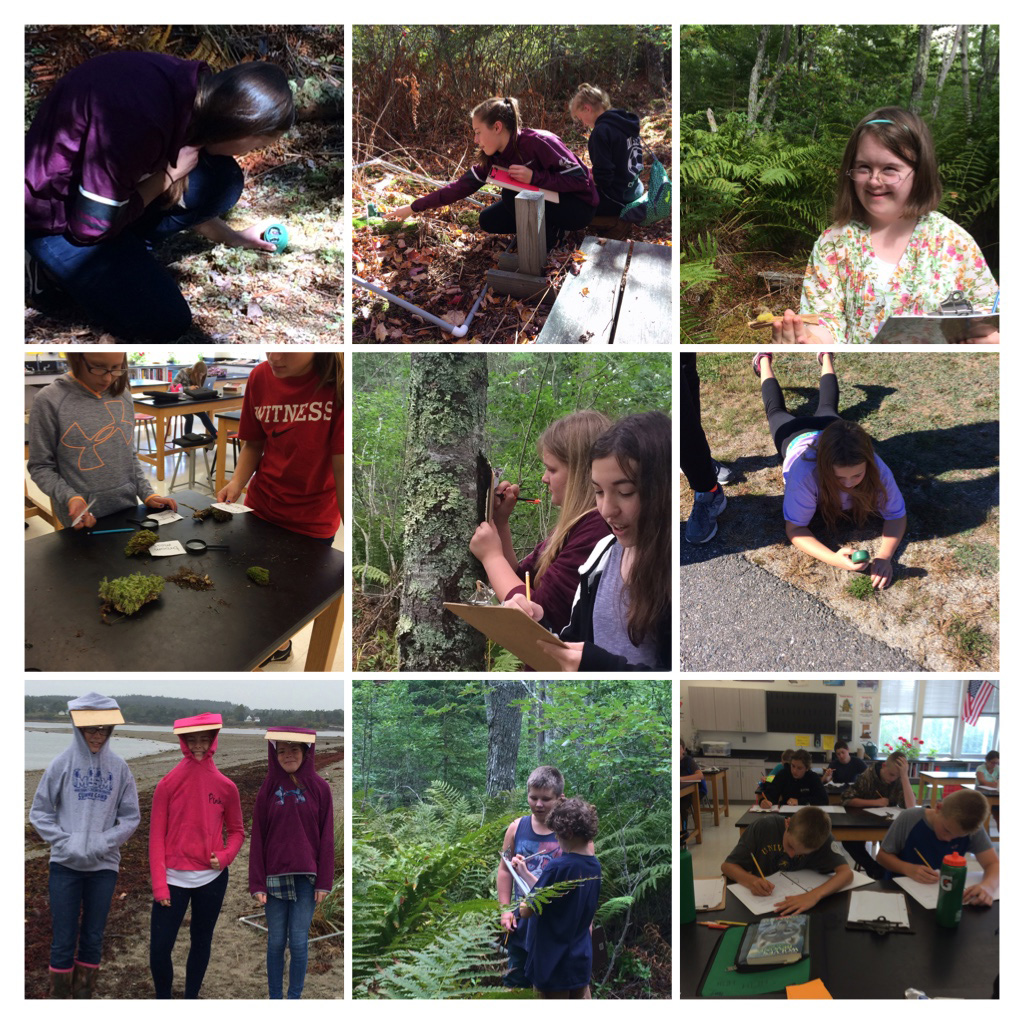 Students at Deer Isle Stonington Elementary School study the trail’s plant species both in the field and in the classroom.

Island Heritage Trust’s Martha Bell and Island Institute Fellow Dana Mark were instrumental in supporting the students in this endeavor. They also provided instruction and guidance for their science teacher, Mickie Flores. When spring comes, the students are looking forward with excitement to utilize NRCM’s grant funds to build an informational kiosk, which they will fill with their writings, photos, and drawings. Also, native jewelweed (better known as “touch-me-not”) will be planted along the entryway to hopefully outcompete the poison ivy.

The students were asked to reflect on what they had learned during their September-November endeavors. Of the 50 reflections collected, all were very positive. Here is a sampling:

“I did learn more by being out of the classroom because I was able to firsthand see what I was researching. It wasn’t in a book that another person wrote. It was in front of me, ready to be researched and catalogued by me “—A.P.

“…I also learned how scientists get their data.” —T.H.

“I never would have learned this much out of the science book, let alone remember it all.” —R.E.

“I think that learning outdoors worked because your brain processes more when you are fascinated or semi-fascinated. When you do hands-on studies with real specimens, you gain more knowledge than out of a book. “—T.H.

“When I’m in the classroom and the teacher is talking it is hard to focus but when we are outside and taking data I can engage. It is better to act like a real scientist and really do it than read about doing it.” —A.R.

“I did learn more out of the classroom because instead of reading about things like the nature trail we got to see, touch and photograph everything.” — T.S.

“I learned because we were exploring and learning at the same time.” — M.Z.

“I liked being outside a lot, and I learned more by being outside than in. A lot of the times I have a harder time learning something if I haven’t seen or done it before. By being outside, everything that we are learning about is right there, so it is easier to understand. “ —A.H.

“I think I have learned more outside than I would have learned in the classroom because you can see the stuff you’re learning about outside and it is better than looking at a picture.” —B.C.

“I like doing outside work because I don’t like textbooks. Being outside makes me want to do more.” —N.T.