A St. George School Middle Level Science Project: Investigating Salinity in the Marsh as a Factor in Alewife Restoration

“I can remember when I was in fourth grade at the school, I would watch the middle level kids working on the marsh project,” says Brooke Hoppe, now a seventh grade student at St. George School.

Ever since St. George School became its own municipal school unit in 2015, and Brooke’s brother Hunter helped net and carry the first returning alewives into the marsh in June of 2016, the first in more than 30 years, students at the school have been using their science knowledge and skills to help the town’s restoration efforts. No one knows why alewives haven’t re-established their run into the Tenants Harbor marsh, despite re-stocking by the State during the springtime years of 2009-2014. 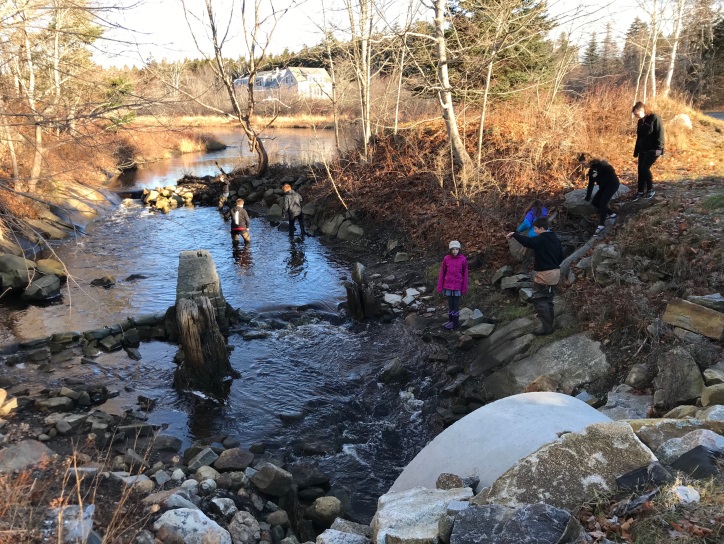 Chase Jansen remembers, “The alewives were using the high tide to get in. I thought it was so cool how they just timed that. I was astonished.”

Last year in late winter (2018), another notable event was observed with the Nor’easter storms that came along starting in March. High tides during the storm flowed right over the dam and into the marsh.

This led to new thoughts about big tides. Colby Hooper explains, “Last year’s seventh grade studies of the tides showed us that it took a 10.3-foot tide to flood into the marsh. On June 14, 2018, when alewives could be breeding, the seventh grade took water samples and found a salinity of 4 parts per thousand, which means for every 1000 water “parts,” there are 4 “parts” of salt. This might not be harmless to alewives or their fry, or at least that’s what we wonder.”

Colby’s class brainstormed their questions. They wondered about things such as:  How do the tides affect the water quality? Is the water quality different in different parts of the marsh? How salty is the water in the marsh compared to the ocean water? Can we compare how the salinity changes over time? 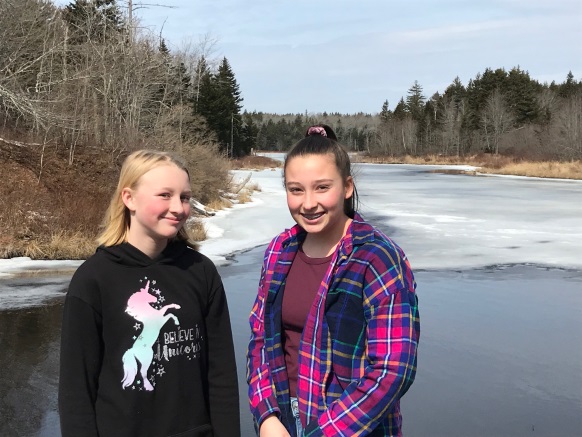 Evie adds, “Since we didn’t find much salt, we’re thinking that’s because of all the rainwater flushing the salt out. But something is off with the alewives, they aren’t coming back and we don’t know why. We probably have flooding tides every month and they might bring in a lot of saltwater. Maybe there were some big tides when the alewives ran last spring.”

Alewives still run strong enough to harvest in other places in coastal Maine. Ella Cushman told her classmates, “My dad goes to Warren and gets alewives there. Sometimes I go with him. They put the alewives in crates and bring them home to the Co-op and use them for lobster bait.  That’s when the fish are running, and they are a good bait option for summertime. The fish are stored in a freezer. They catch a lot of lobster. Sometimes herring are expensive, hard to find, and the alewives don’t cost as much as herring.”

Even though we probably won’t ever harvest alewives here, Colby says, “Alewives are important for our community because alewives are the center of the food web. They are a source of food for other fish in the ocean and lots of other animals, too, like eagles and Osprey.”

Brooke adds, “If alewives used to be here and they’ve gone away; then they belong here.” 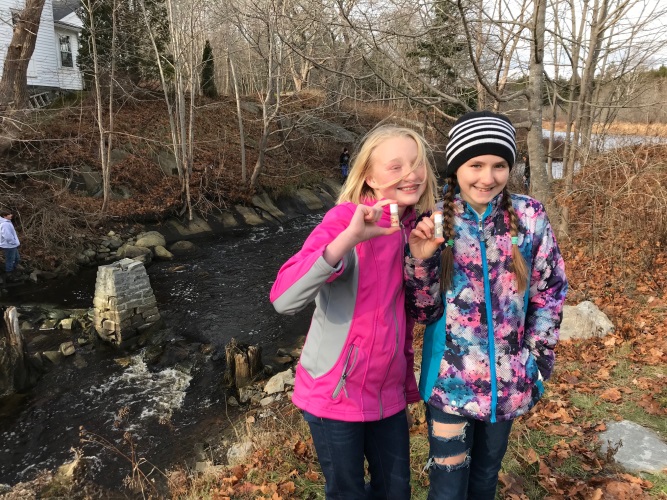 Thanks to the Natural Resources Council of Maine’s Middle School Grants (“Engaging Maine Middle School Students in Protecting the Nature of Maine”), the class will be able to carry out a project this spring to raise alewife eggs. Brooke explains, “We’d have the same amount of alewife eggs in different tanks. The tanks will have different salinities. We’ll see how different amount of salt affect how the eggs survive and develop.”

Colby adds, “This will help us understand what might be happening in our marsh and how it might be affecting our run.”

Now, as the season turns to spring, Chase remarks, “I want to know more about the alewives themselves.”

Hayzel Poland is looking forward to getting out in the stream. “I want to see what is happening in the marsh that has made the alewives disappear.”

Brooke says, “The challenging thing about this project is that we can’t just get an answer, we have to figure it out. It’s not like a math problem where the math is already there and we just need to learn it. It’s something that no one has studied in the marsh before.

She and Ella agree, “It’s important work that feels like a tradition to us because the past St. George classes have been working on it for a while. It’s fun to go outside and work on a project that is going to help our community.”