Since our last update, a huge milestone was met; our digital salinity probe was put in the marsh! It now is busy collecting temperature and salinity data. From this, we got to look at the first several weeks of data in comparison to the spring tides of May. We are wondering if the salinity that the spring tides bring into the marsh is a reason why our alewife run has not been self-sustaining after stocking from the state. In May, we learned that the salinity in the marsh peaked just before the highest tide of May, and then started to decrease as the tide heights decreased, and the peak salinity was fairly low, 1.6 PPT (parts per thousand). We will pull the data card again when the spring tides of June are over. 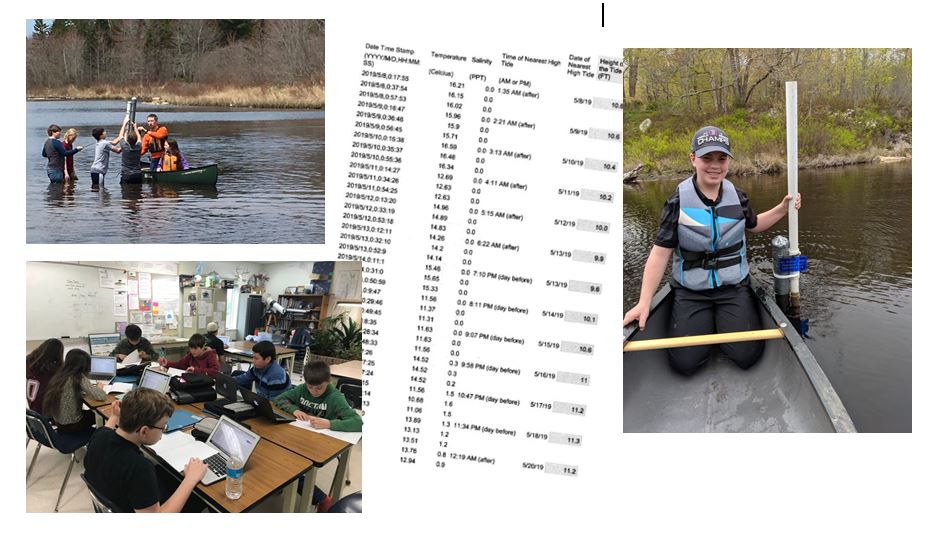 On May 22nd, we travelled to Damariscotta Mills and the Warren Fish Trap to see the state’s two largest runs of harvested alewives. We weren’t disappointed as we saw thousands of fish ascending the fish ladder, and fish filling the trap. We learned that people have been catching alewives for the past 9,000 years along the St. George River in Warren. 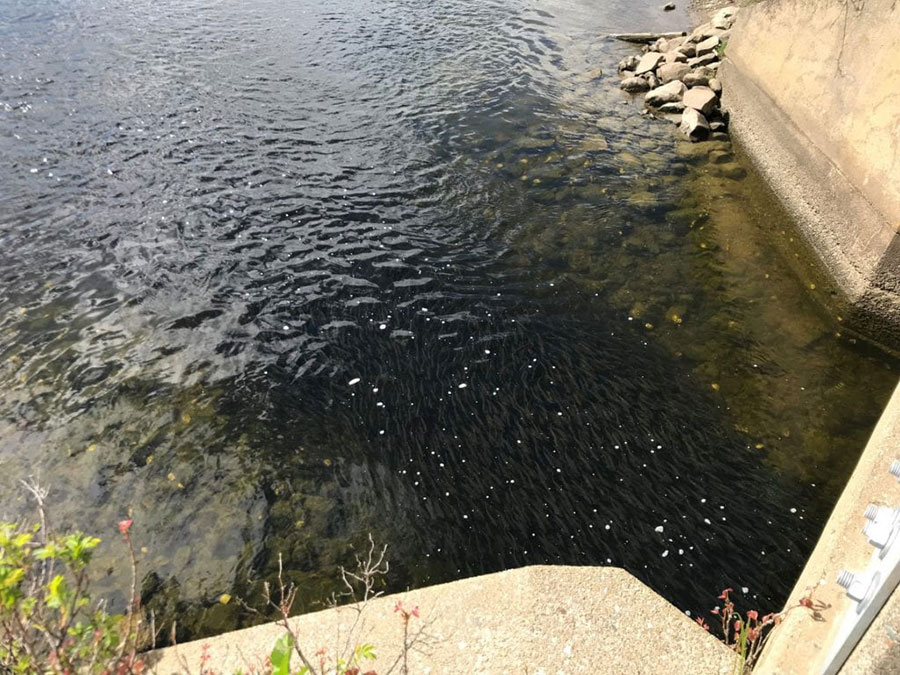 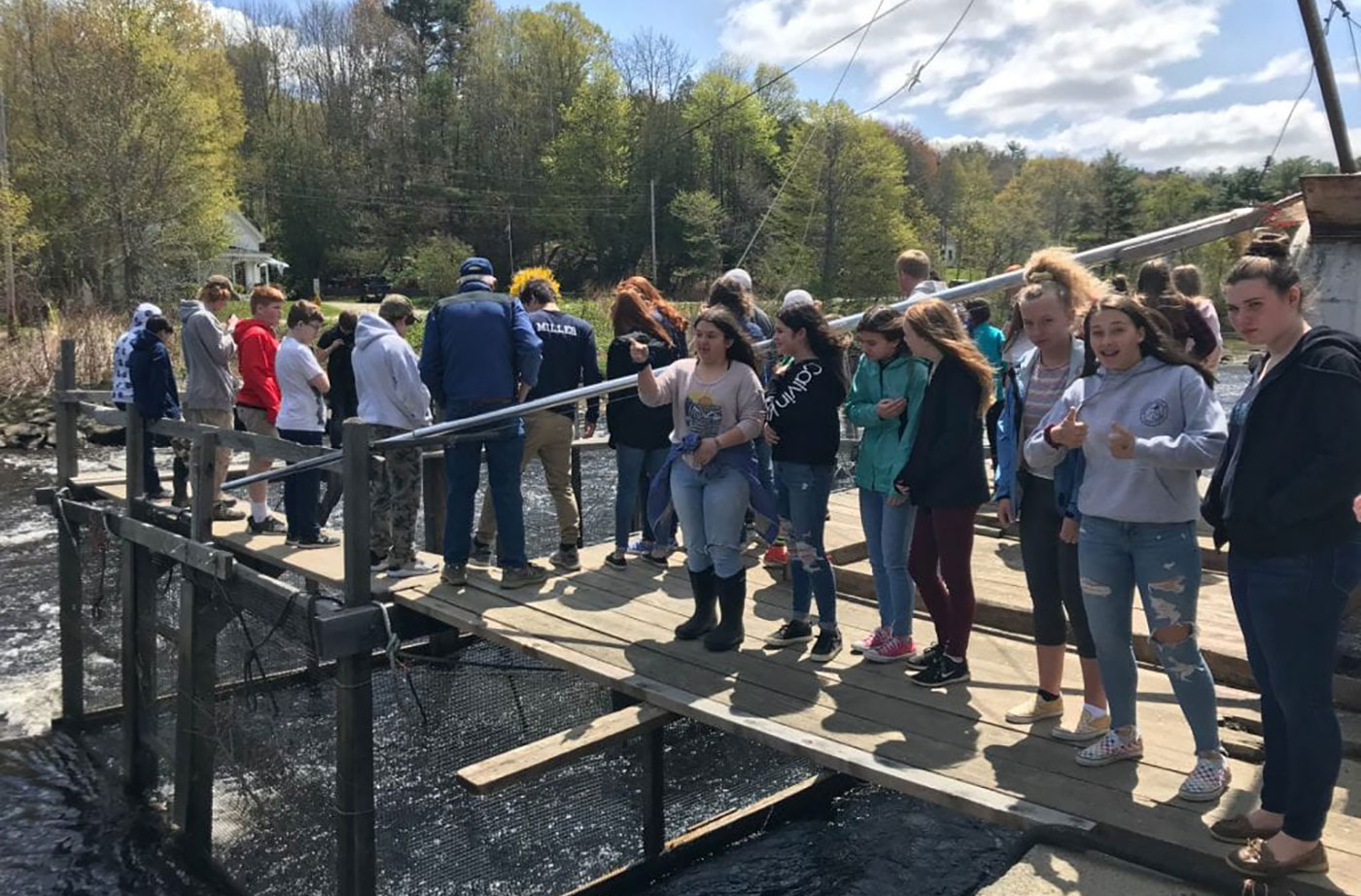 “I think of the fish as characters in an adventure story…very, very determined to swim to their spawning grounds. The fish were dark gray and were very packed in the water. If one was spooked, they all would move with the fish. There were more fish there than I suspected there would be. The river was black in color as the alewives swam throughout. I have been wondering how the fish have the unending strength to swim all that way. I think that we might need a fish ladder to help bring the run back (in Tenants Harbor). The most interesting thing about the fish today is how many there were and how many dangers there were. I learned and was more of how difficult the alewife’s journey is.” -Evie

“It was so cool to see all the fish in the water. They were like the water itself. It was so beautiful to see them. I noticed a lot more fish than I expected. I thought there were going to be maybe 500 fish, but it was more like 5,000 fish. I noticed that all the fish stuck together, even if something disturbed them in the water. I wonder why our alewives haven’t come back. I learned that people have been fishing in the waters for 9,000 years. I thought that all the birds near all those alewives were interesting because they didn’t even try to get one to eat. The experience was really amazing. I got to see all those fish, and it is super cool because all those fish have made it back to their natal rivers and they have survived.” -Leilani 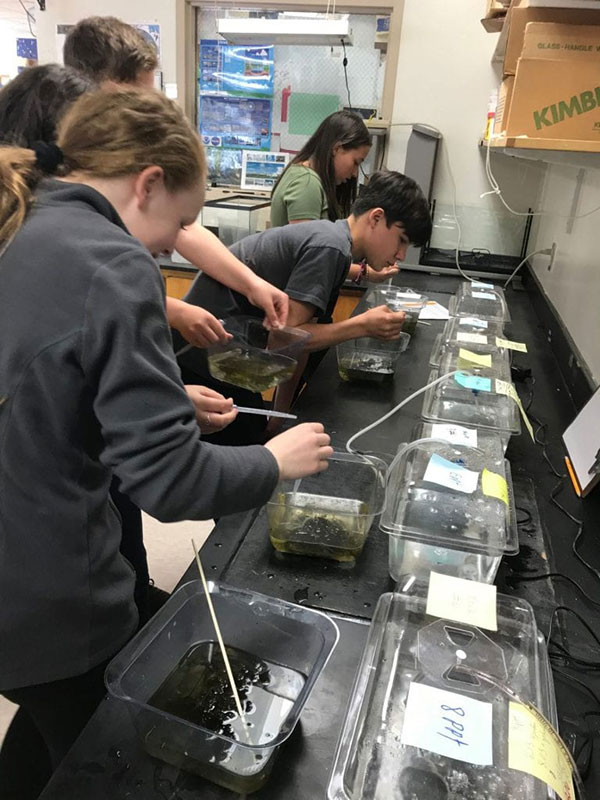 Students also submitted “Nature Notes” to a peer-reviewed middle level science journal, “Findings from the Field,” about the observation of salinity in our freshwater marsh that has been the basis of our class project this year to investigate if salinity may be a factor in why our town’s alewife re-stocking has not been self-sustaining. It was challenging to provide our observation, connect it to background information, and present our question in 500 words or less! We enjoyed reading the Nature Note submissions for another school to provide those authors some feedback. We were excited to learn that some of our submissions are recommended for publishing in June! 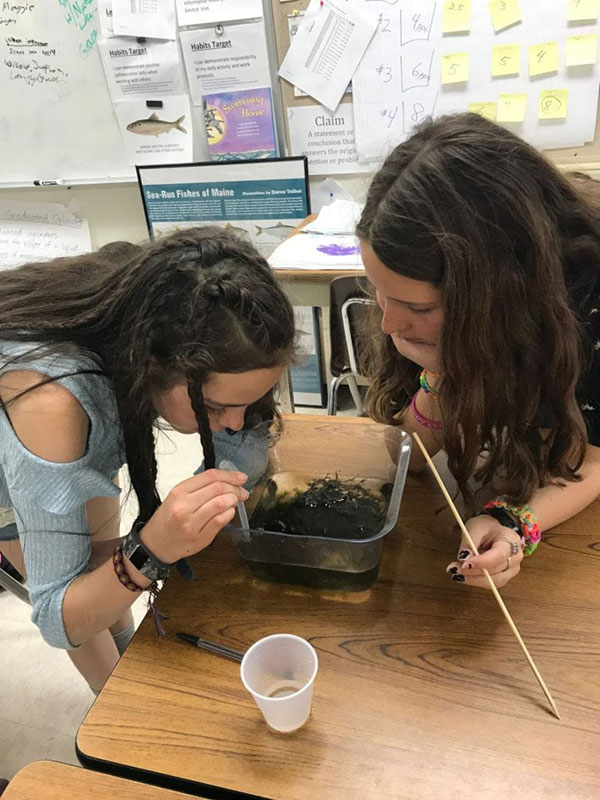 We have our classroom tanks set up after deciding on what salinities should be tested. We used our math skills to calculate a basic recipe for how many grams of “salt” powder to use in a gallon of water to create different specific salinities. Separating eggs from the vegetation that was harvested from our spawning collection site proved challenging but we now have some eggs in our tank to see how many hatch and survive. As we finish the school year, we’ll be collecting data until the end! 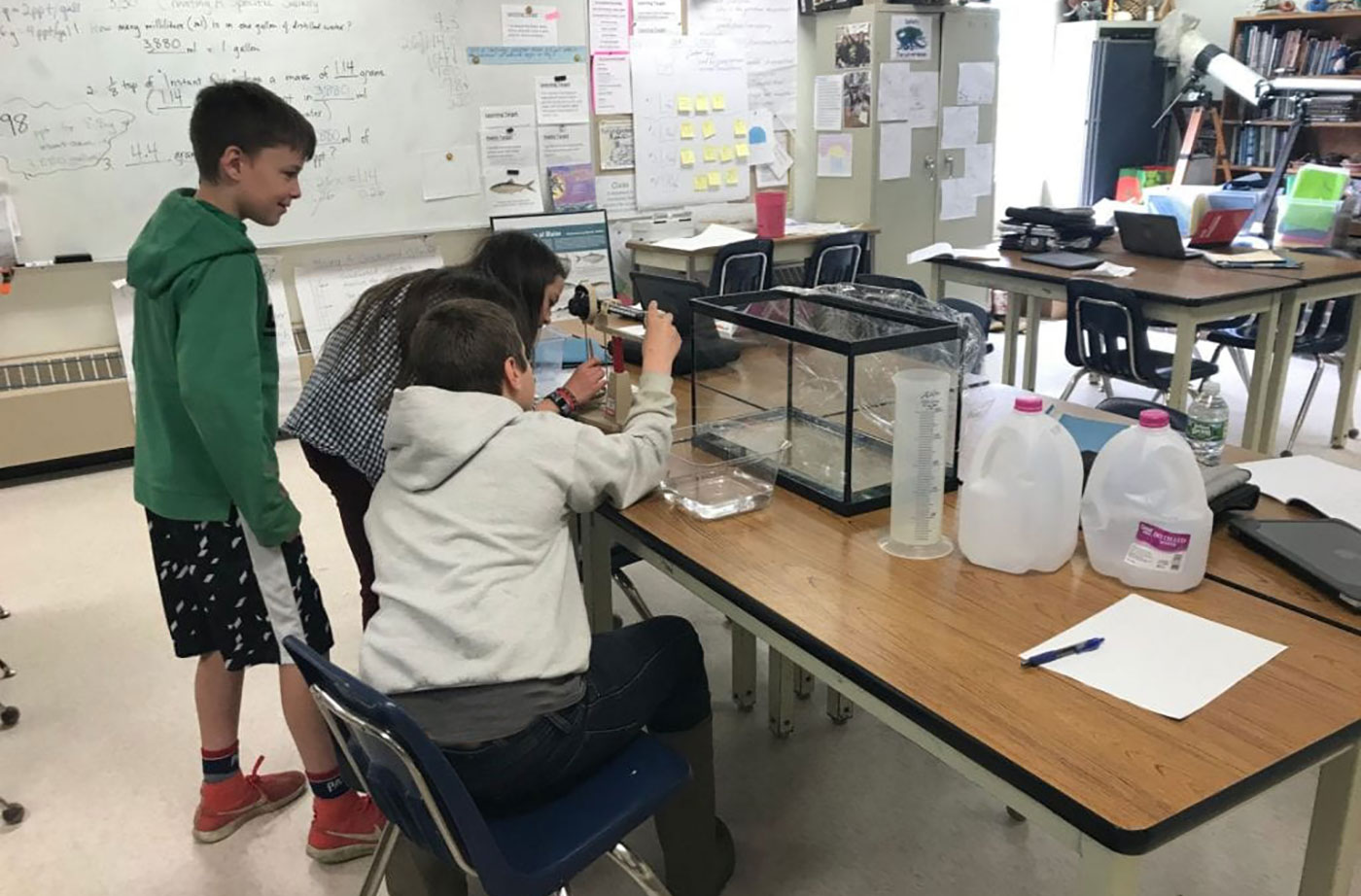