On March 31st, the Brewer Community School science classes held an open house so that parents and community members could learn more about the Maple Project. The Mobile Sugar Shack was on full display and people were able to go inside and see how sap becomes syrup. Several enthusiastic students waited inside to explain the process. Here are some fun facts that I learned! 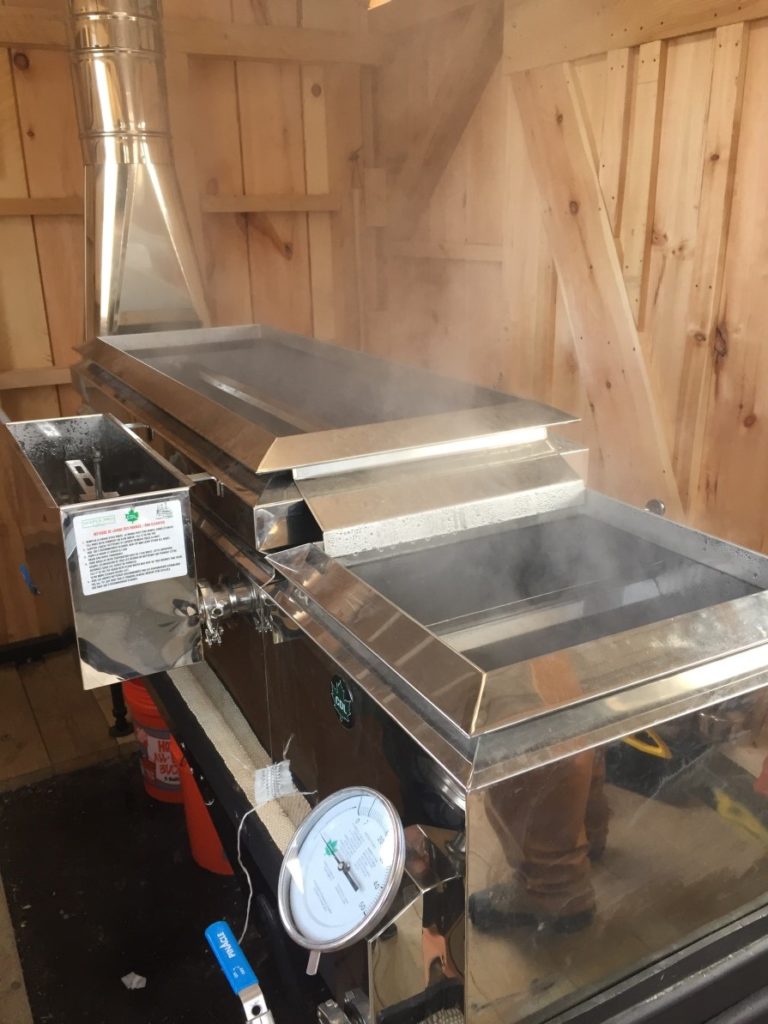 This is the evaporating pan that holds and boils the sap. The bottom of the pan is ridges to create more surface area, allowing the sap to move around and boil faster. The pan is heated by a wood stove that needs to be refilled every eight minutes.

The sap is fed through a pipe that sits in a large barrel outside. The barrels have already been filled with sap from the forest where students have been tapping the trees. Out of every 43 gallons of sap that are boiled, one gallon of syrup is produced! Boiling out the water changed the percentage of sugar in the syrup from two percent to 67 percent. With all the maple sap evaporating, it’s no wonder the sugar shack smelled so sweet! 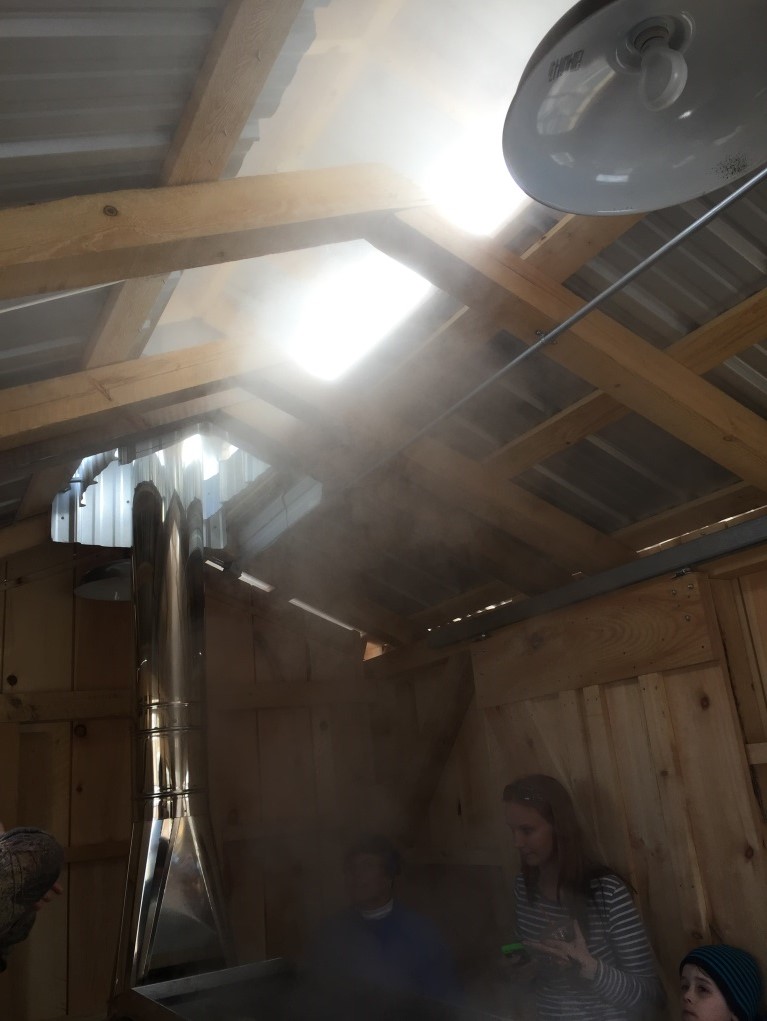 The roof of the Sugar Shack was cleverly built so that panels can be moved back in to let the steam escape.

Boiling sap is what gives the syrup its rich, amber color but you have to watch out! If the hand on the dial goes beyond seven, or above 75 degrees Fahrenheit, the syrup with quickly turn to candy. 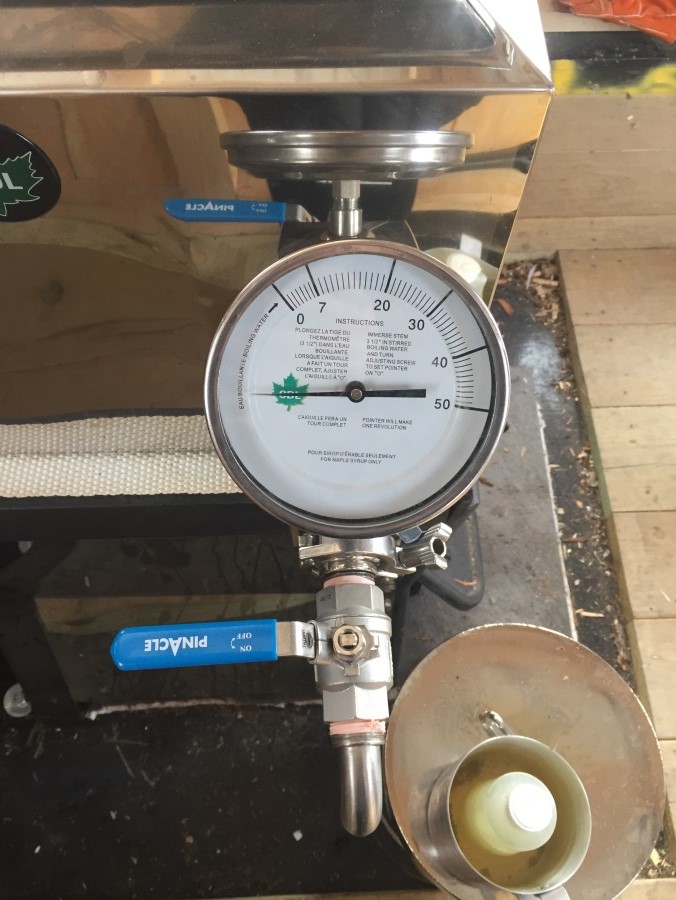 Though it was a beautiful day out, the students explained to me that the sap would not be running that day. Sap only runs when it is below freezing at night and just above freezing during the day. Because it had not gone below freezing the night before, there would be no new sap that day. Luckily, the students had plenty stored in large drums.

Next to the Sugar Shack, students were selling maple cotton candy, maple ice cream, and maple-infused hot dogs. By the end of the evening, more than 400 people had come to visit the Sugar Shack to see what the 7th grade science classes have been working on.