Science in the Woods—Creating an Outdoor Classroom

Forty Days in the Woods is a science program I designed at the Center for Teaching and Learning in Edgecomb, to engage K-8 children as citizen-scientists and future stewards of the environment through use of an outdoor learning center and curriculum. Students have conducted ecological, arboreal, and animal studies in collaboration with mentor scientists and online citizen science databases. They have spent at least one day a week outside on the school’s abandoned nature trail, conducting field work in five different scientific strands including Forestry and Trees; Invertebrates and Invasive Species; Mice, Deer, Coyote, and Ticks: Vector-bourne Diseases; Birds and Pollinators; and Project Squirrel. 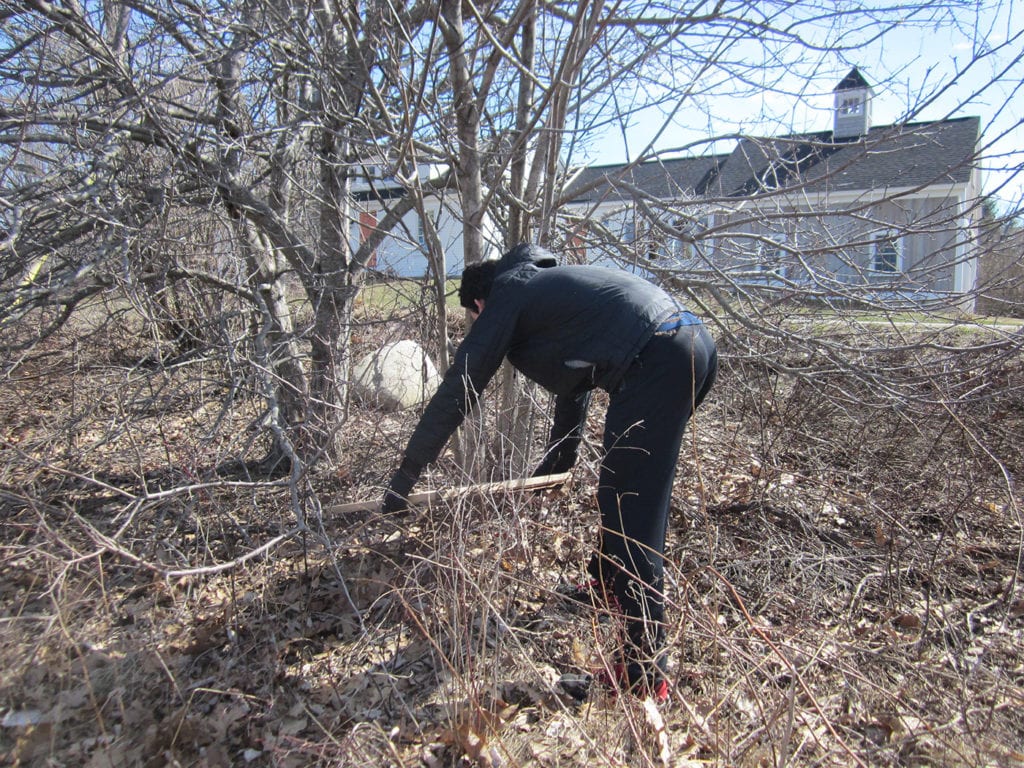 While the primary goal is to develop our own students as informed citizen-scientists and environmentalists, we also aim to invite other Maine teachers and students to engage in conservation biology, forestry, and ecology projects in outdoor classrooms of their own. CTL students and faculty will create five fieldwork boxes, resource kits that contain materials, tools, curricula, and field-work guidelines, for loan to other classrooms. These will also be available to local families and community groups.

In these photos Annie Nixon, a parent of a student, and I lead students through a catch, tag, and release program for small rodents, including mice and voles. We are gathering data on the mouse sample using the catch, mark, and release technique, and gathering data on coyote and fox populations using a howling station created with the help of ecologists from University of Montana. The howling station is programmed with a variety of fox, coyote, owl, and other bird calls to be broadcast over a megaphone. It then records what calls back for the next thirty to sixty seconds. Kids use audio software from the Cornell Lab of Ornithology to search the recordings and identify the sounds we hear in lieu of the broadcast. 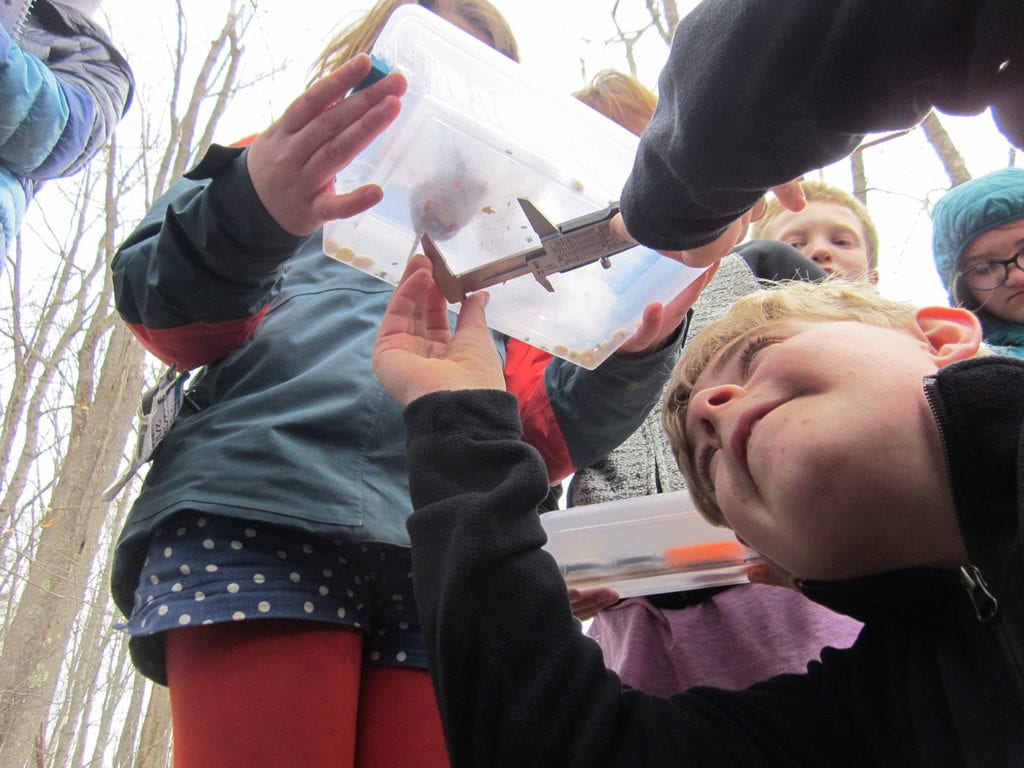 Measuring the mouse length with calipers 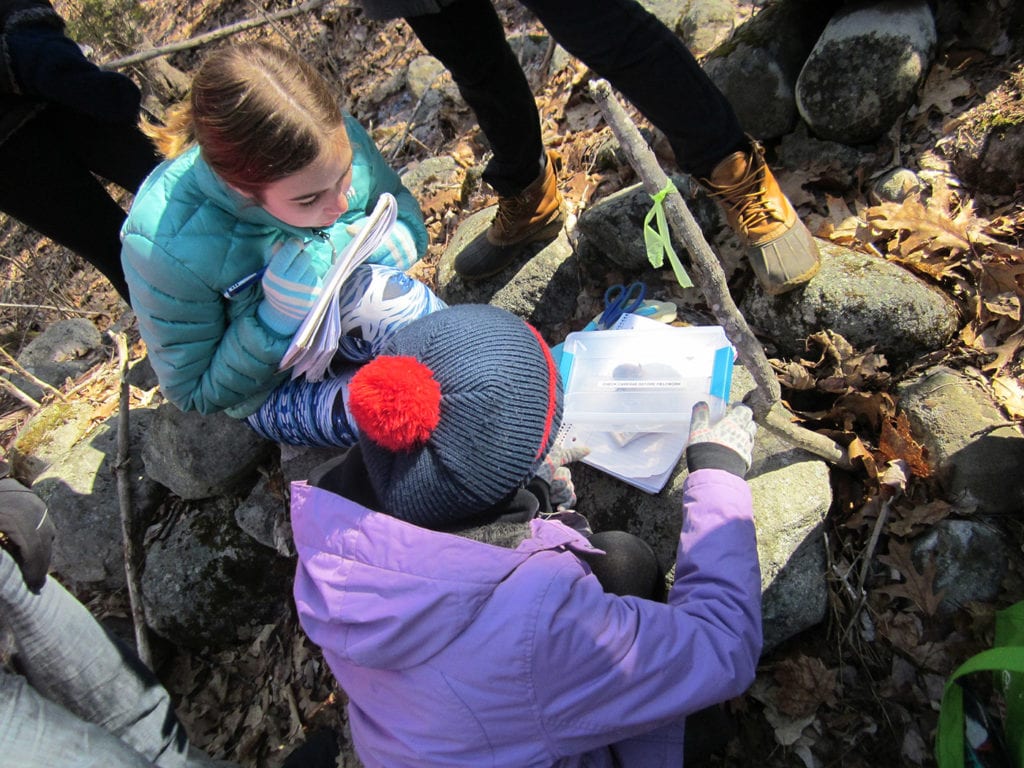 Two students weighing a mouse that we marked and released

By tabulating these populations through sampling, along with our tick collecting team, we will be able to determine long-term patterns and relationships between them. Later this spring, they will visit Schmid Preserve with Charles Lubelczyk from Maine Medical Research Institute, to learn the protocol to send collected ticks to labs for Lyme testing. By understanding connections between the mice, deer, coyote, fox, and tick data, we can then make further hypotheses to test in the future. 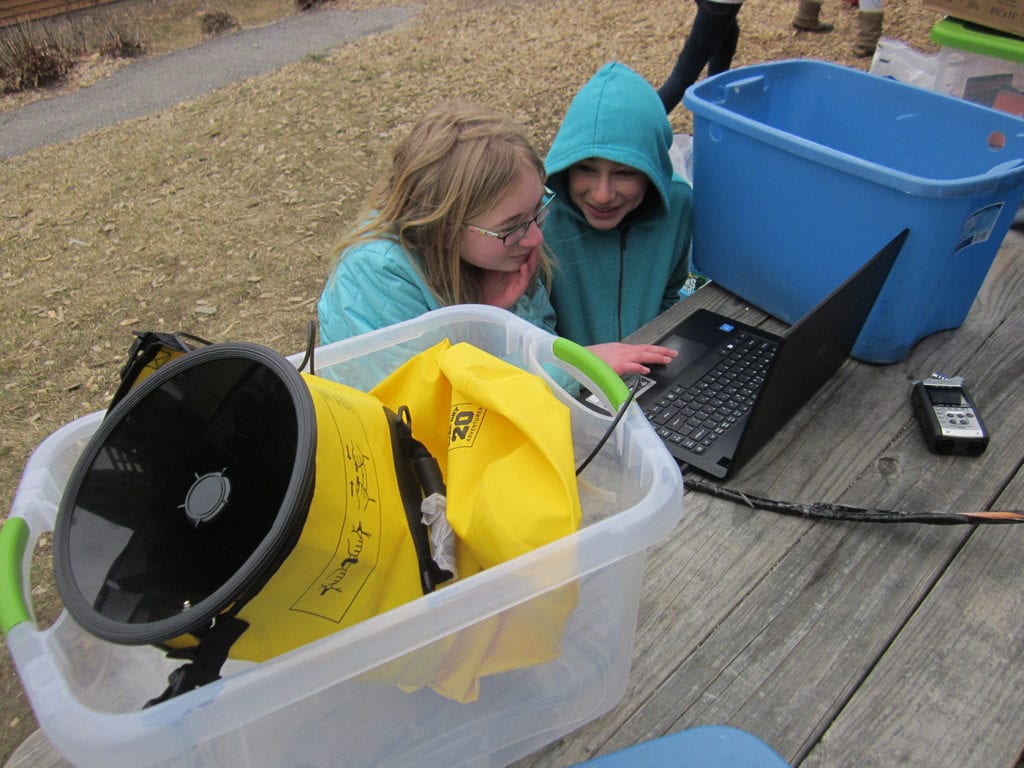 Students setting up the hooting/howling station