“Let’s Find Out” about Green Crabs at Downeast Institute

The Natural Resources Council of Maine awarded grants to six Maine middle schools through our “Engaging Maine Middle School Students in Protecting the Nature of Maine” program, which we started in 2015. Each of the schools began their projects in early 2020, though due to the COVID-19 pandemic, schools, of course, have gone to online learning, so not all projects will be completed. Before schools were closed, we received photos and an update from Downeast Institute in Beals, Maine, and want to share it with you here. If schools are able to continue their projects online, we will share their progress with you later this spring.

We are so excited to finally have our crab traps and want to give a special thank you to the Natural Resources Council of Maine for helping us buy them! At Downeast Institute, there is a lobster pound that has been on the site for many years. In that time, through an opening in the wall, the tide has come and gone twice a day for years. Who knows what has swum into the pound? Who knows what has found a way to escape back out? Who knows what has stayed? At DEI, we always say, “Let’s Find Out!” So far, we know that green crabs have stayed! 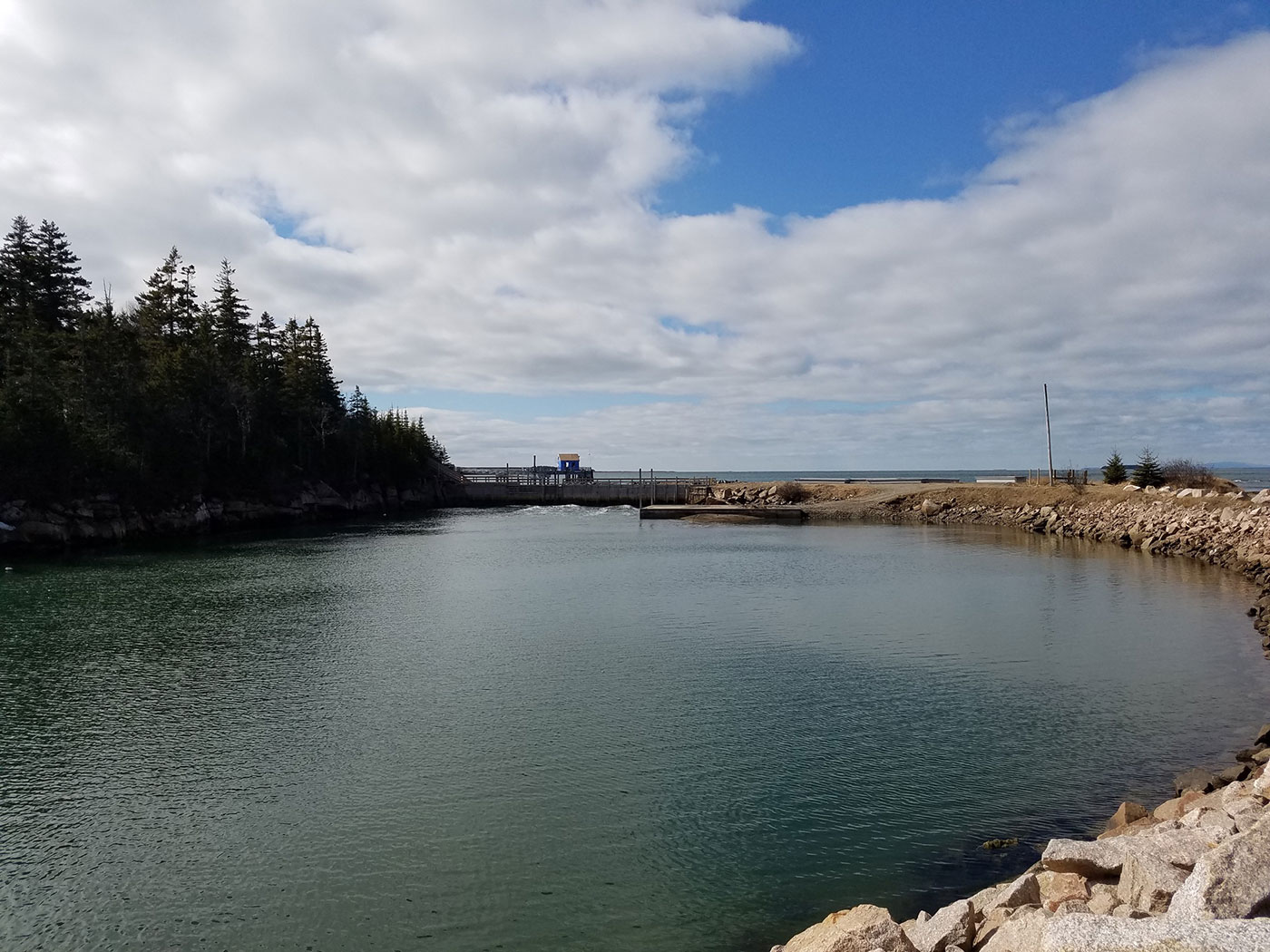 Every time we go over to the shore, we walk past the pound. Of course, we like to look down and see if we can see anything. Last year, we put in four minnow traps and caught small shrimp, green crabs, and fish. We fished the traps throughout the spring, summer, and fall. It was fun and a surprise every time we set and pulled the traps. One helpful dad gave us a couple of slabs of pig hide that he uses in his lobster traps in the ocean, and we left the hide in the trap for weeks. Crabs continued to crawl in and eat the hide until we pulled up the trap in the late fall. Many of our fishermen are now using pig hide, as they are worried that herring, a common bait fish they have used for years, is getting scarce at times. We also decided to try some dry dog food for bait in the traps out of curiosity, because we had fed dog food to the big fish in our touch tank. The ocean pout and codfish like to eat it! We discovered that hungry crabs in our traps ate both pig hide and dry dog food last year. 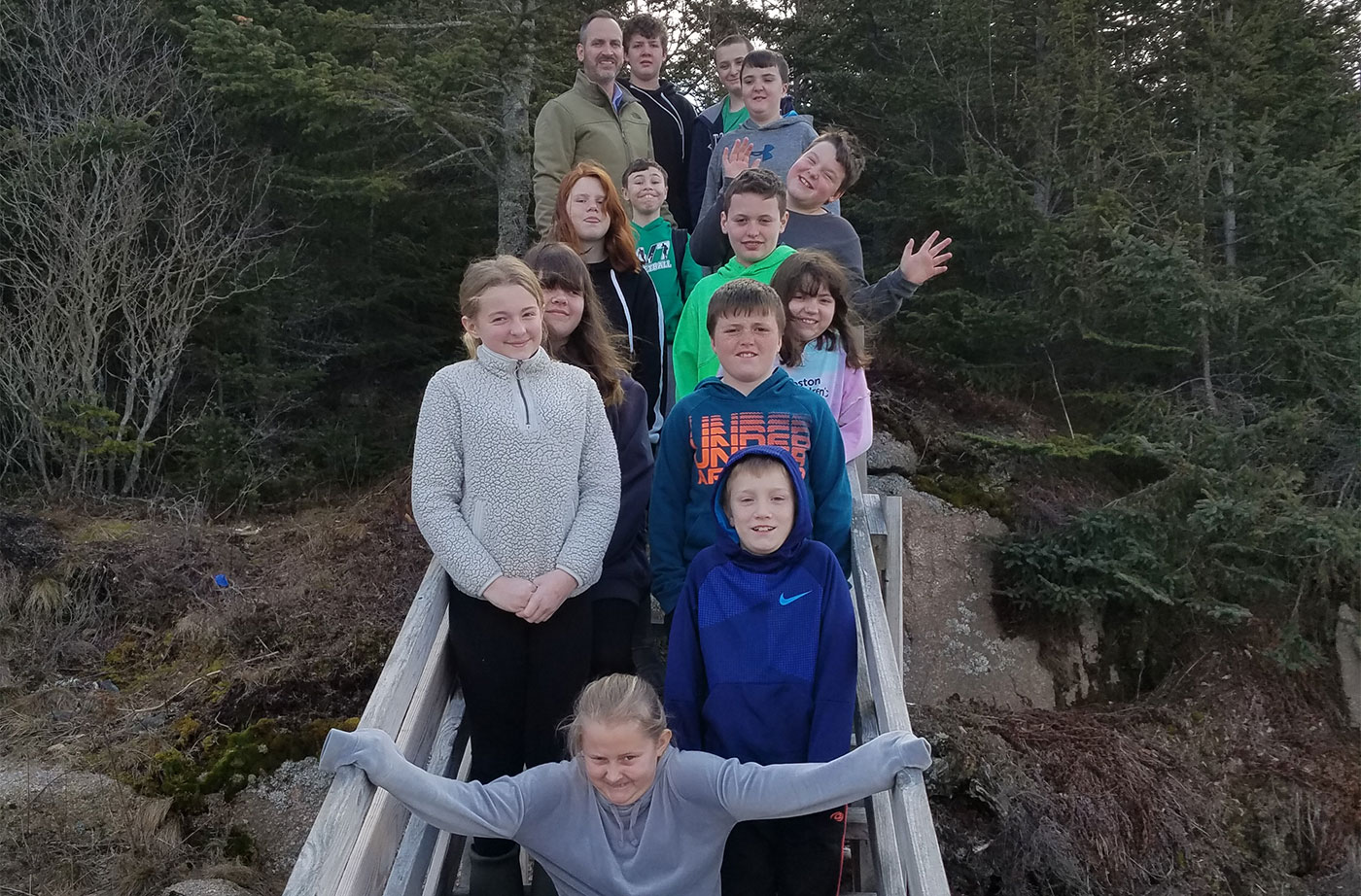 Downeast Institute students at the Pound

THEN we began to wonder, what else might they eat? Then we began to talk about herring and how there was talk of the fishermen being put on quotas for herring, and could we try to help in some way? Could we investigate and find out if we could come up with a way to test out some ideas for bait that might not cost the fishermen so much to use, but still be something that marine creatures would be attracted to for food? So, we then planned to do a research project that explores bait choice. We don’t know if we have lobsters and other species in our pound, but we know we have green crabs and some smaller fish because we caught them. 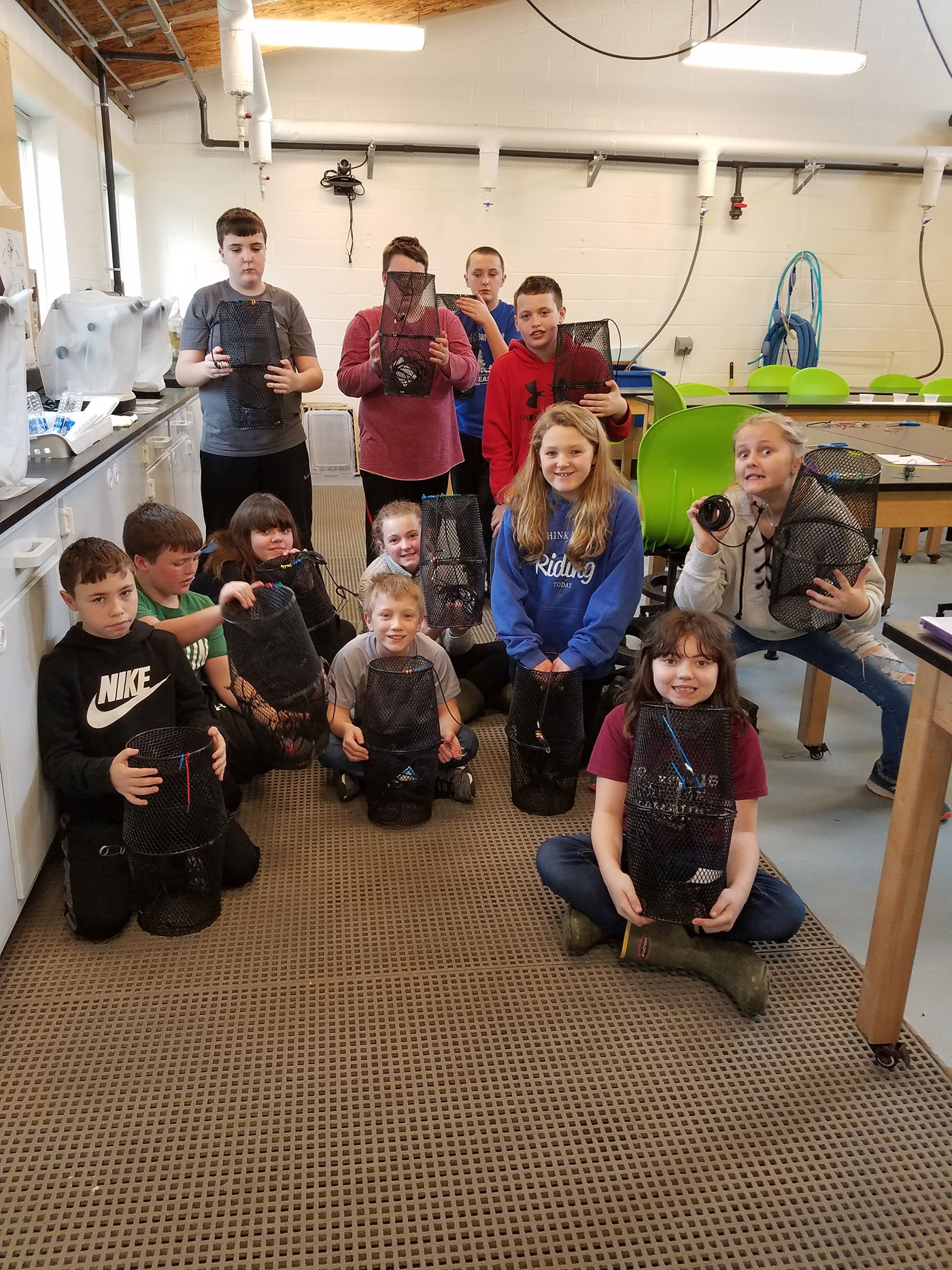 Traps we were able to purchase thanks to NRCM!

We want to bait traps and find out which baits seem to attract green crabs. We didn’t want to use the minnow traps, like we used last spring, because a larger crab cannot get inside the hole. We realized that when we pulled our minnow traps we always found big crabs clinging to the outside of the traps and falling off when we pulled them up, so we discussed needing a bigger hole for them to crawl through. We found some crawfish traps and ordered 20 so that we will each have one. We went to the pound wharf to measure how much cording we will need to tie to our traps to have them just reach the bottom of the pound at high tide, which we discovered would be 3.5 meters. We decided to use military paracord, because it is easy for us to handle. We also discovered that it lasted eight months of trapping last year without breaking. We used colored zip ties to mark our traps so that we know which trap is ours. Now it is time to write our hypotheses, choose our bait, develop a data sheet, and plan our strategy. Since we are only at DEI one day a week, we need to also think about having another school group check our traps for us on occasion. 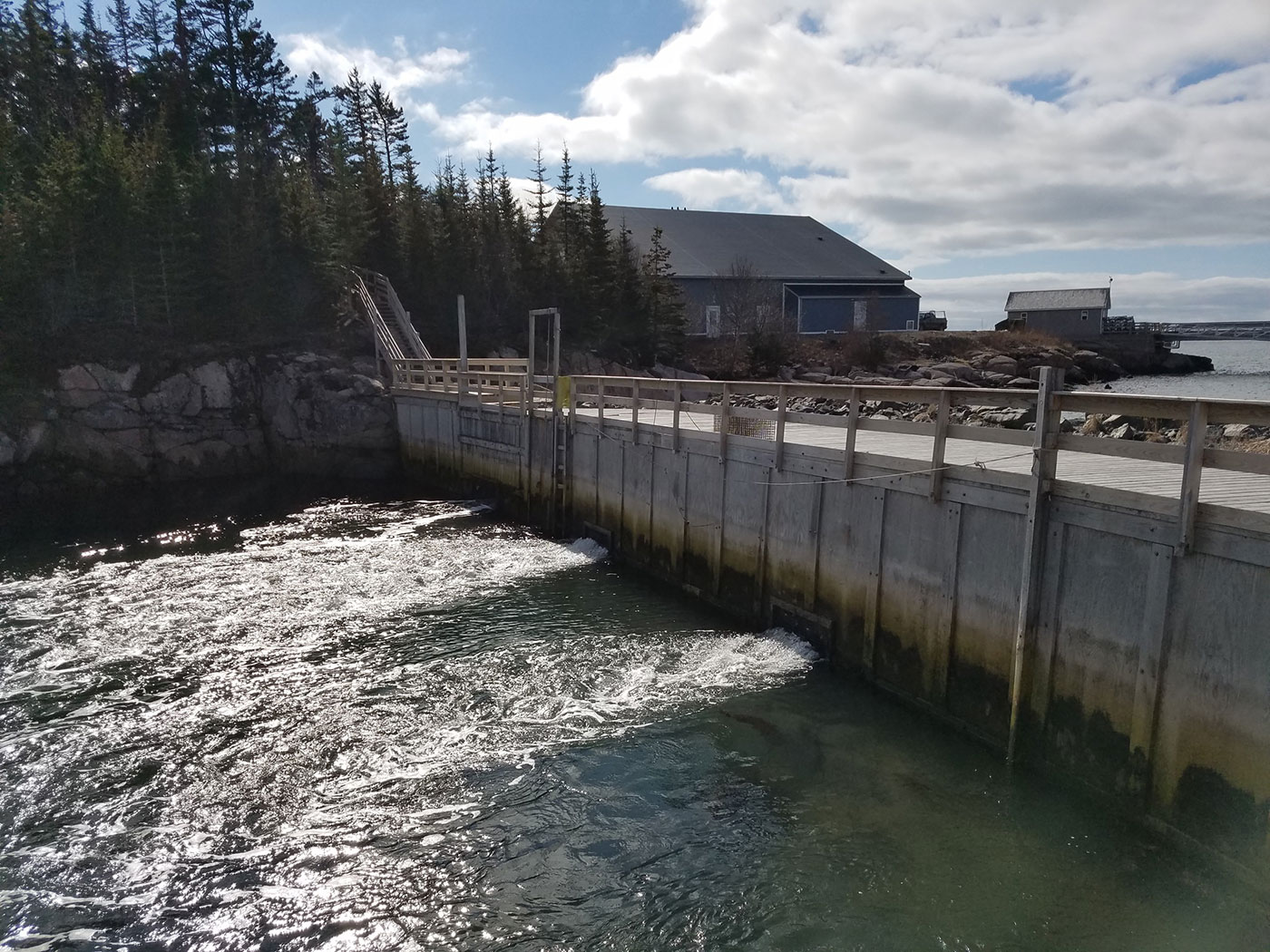 The rail that we will hang our traps off

A couple of extra things we will find out about:

S. says, “My class and I have started to do a project to see if we could catch any fish. A friend in my class said that black traps don’t fish so that is the first thing we are going to look for.”

J. says, “I love to be outside, and this is so much fun. Fishing is so fun. I’m glad we are doing this.”

T. says, “My favorite thing about DEI is the experiments and going to the shore. I find a lot of sea glass and crabs, and I like the touch tank and the sea urchins.”

N. says, “I think that the black traps will fish really good. If they don’t, we could spray paint them gray. DEI is awesome!”

P. says, “My class and I always love coming to DEI every Wednesday. My favorite thing about DEI is that there is always something fun to do with ocean animals.”

C. says, “DEI is awesome. Thank you, all the workers and helpers, for taking your time a lot!!!”