In June, we were fortunate to be visited by members of the NRCM staff including Beth Comeau, Lisa Pohlmann, and Lily Bailey, the intern who was assigned to work with and support the Hall-Dale Middle School Environmental Club. The NRCM staff members were very enthusiastic as they asked the students to reflect on our food waste reduction project. The students were able to articulate their reasons for becoming involved in the Environmental Club and more specifically, the Food Waste Reduction Project. Their reasons included wanting to support the health of the planet by making environmentally positive choices, helping to educate the Hall-Dale community on the benefits of reducing the amount of waste ending up in landfills and providing food for local pig farms. It was rewarding to hear their reasons and their ability to articulate this as well as the successes and challenges that were encountered. 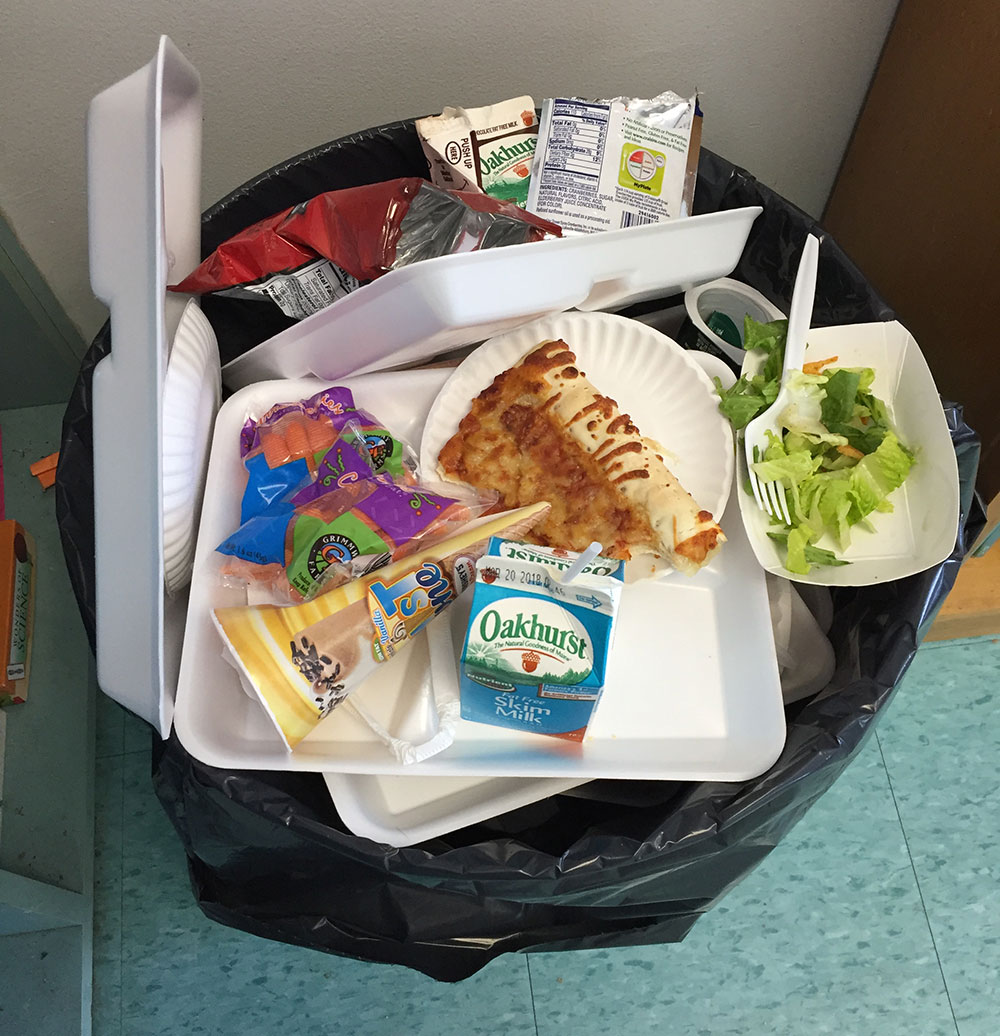 Food being thrown away in the trash can before the Hall-Dale Environmental Club began their food waste project.

As mentioned in an earlier blog post, the project was started mid-year. Educating the community about changing their disposal habits took reminders and required having club members standing by the waste station during high school and middle school lunches. During the first two weeks, many Environmental Club members signed up to be in the cafeteria. In the first days, I was also there to reinforce what we were doing.  The club members assumed that after a couple of weeks, students would naturally separate the trash from the food waste. However, when the “clean-up crew” went down at the end of lunch to collect the waste and put it outside for the pig farmer pick-up, they found that some students were not separating the trash from the food. They did the best they could to separate out the misplaced items, but were frustrated.  At our next meeting we discussed this and determined that our community needed more reminders and so club members again signed up to stand by the waste station. 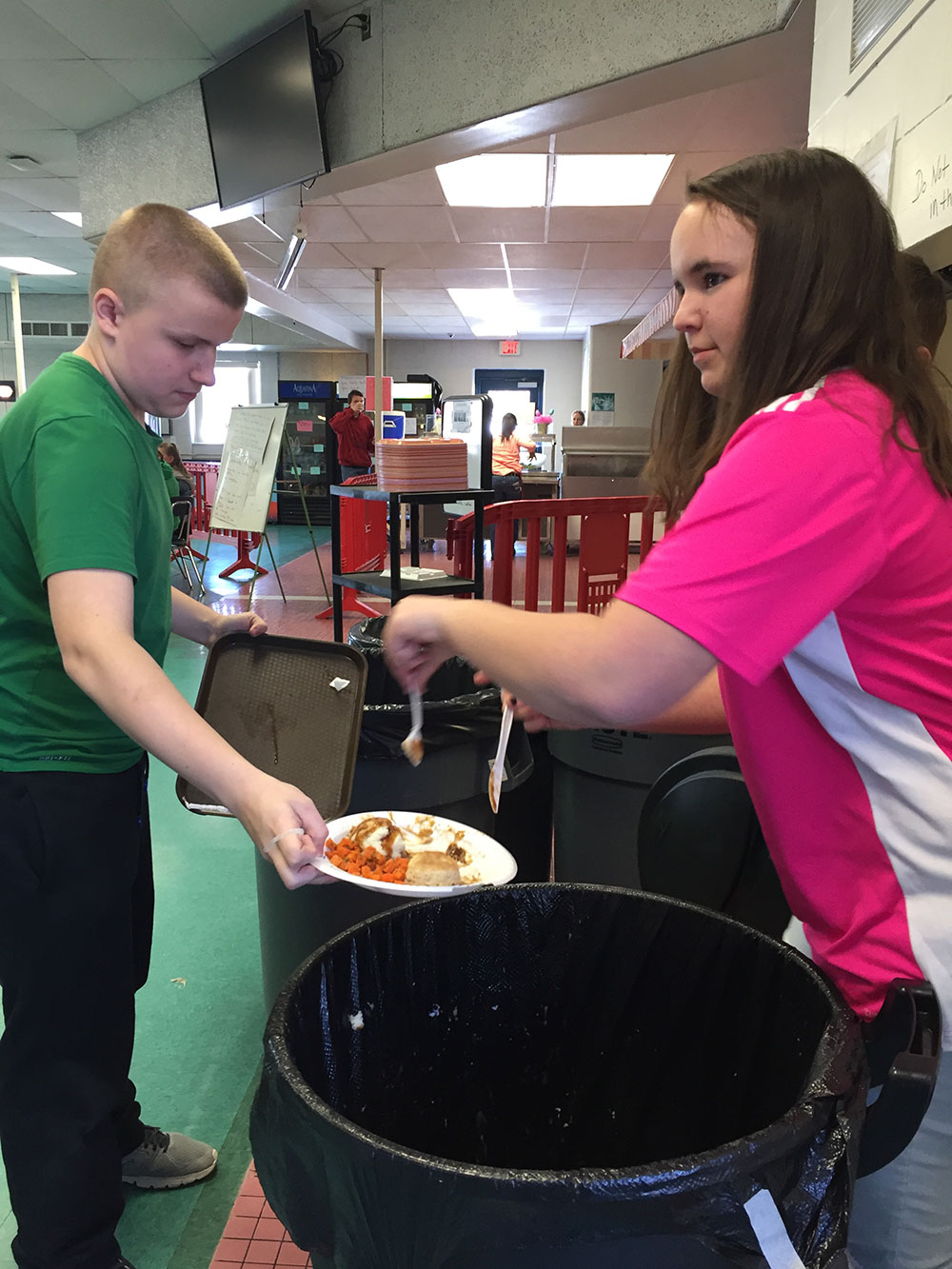 As happens with groups, there were some members of the Environmental Club who took on greater responsibility (cleaning out the smaller buckets, returning them to the cafeteria, making sure that the daily food waste was put outside for the pig farmers). Since many were the 8th graders, the rising 7th and 8th graders will have to take on more responsibility next year. On a positive note, those who are moving up to ninth grade will be able to keep an eye on the high school student, who tended to be more forgetful about separating the waste and trash, during high school lunchtime. As I reflect on the first months of our waste stream reduction project, I am impressed by the enthusiasm of the Hall-Dale Middle School Environmental Club. They took on this project and followed through. Despite the challenges, they did not give up and we all learned from the experience. Next year, we will start at the beginning of the year, which will hopefully make it easier for students to get into the habit of separating the trash and food waste. It has been a learning experience for everyone as we work to protect our environment. Looking forward to Year Two of the Hall-Dale Middle/High School Waste Reduction Project! 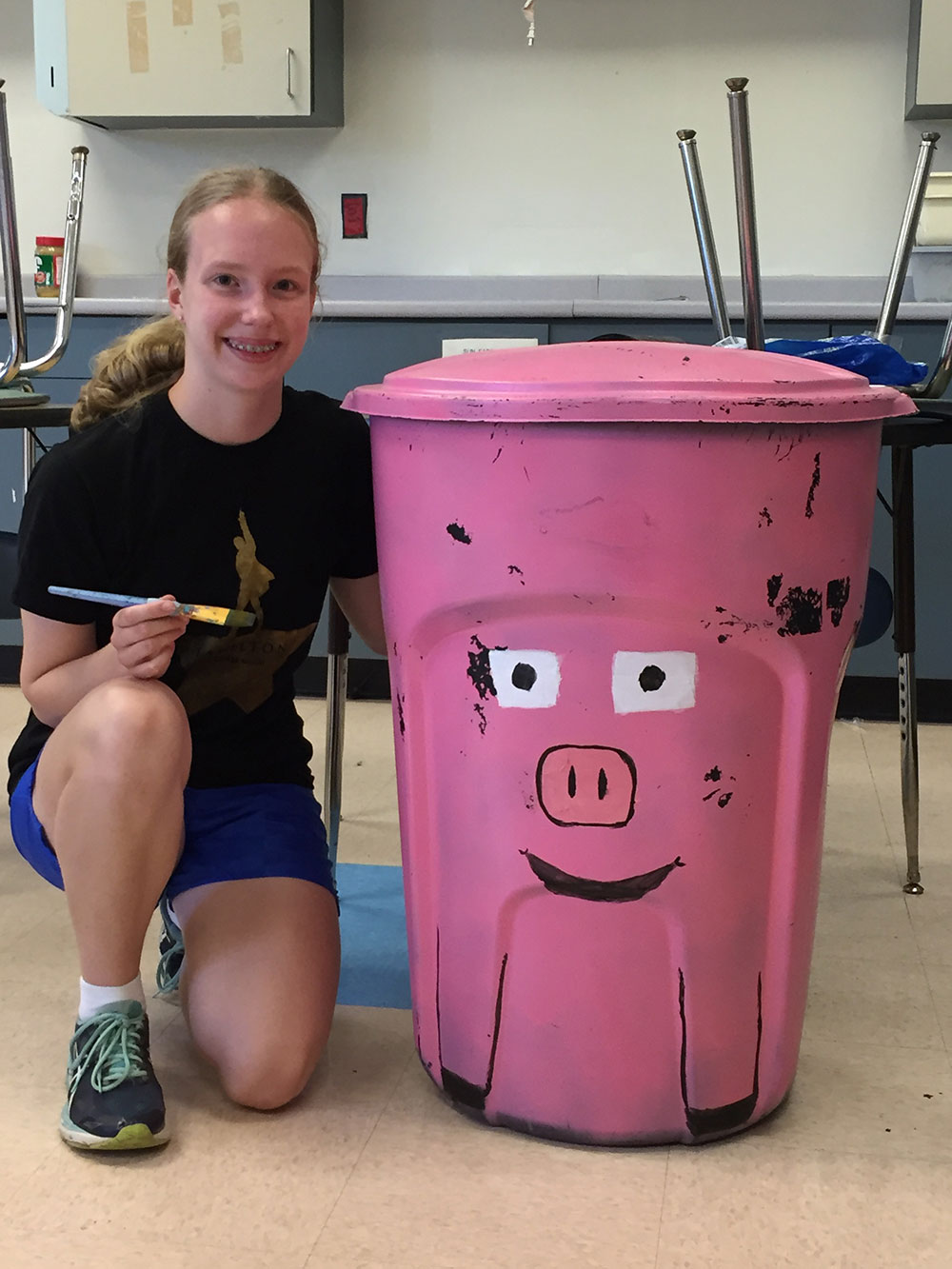