Environmental Club members have continued to work toward consistent cafeteria composting at Hall-Dale Middle School, but not without encountering challenges along the way. Our original farmer had a very busy schedule—between taking care of his animals and picking up food waste from others around town, he could not always get to us in a timely manner. We thanked him for his efforts, but explained that due to his schedule, the cafeteria staff was extremely concerned about attracting rodents to the garbage bin that we left outside. Once again, an enthusiastic student stepped up and found an alternative farmer. Fortunately, this new farmer is able to come every afternoon to avoid issues with hungry neighborhood rodents who like to visit during the night!

We purchased a second barrel to put outside for pick-up. Some of the Environmental Club members painted the indoor barrel pink and named it “Pink Piggy.” Their thought was that this brightly colored receptacle would help our community to remember to separate food waste from trash. At the end of lunchtime, the smaller buckets placed throughout the cafeteria are dumped into “Pink Piggy” and brought to my room to be washed out. 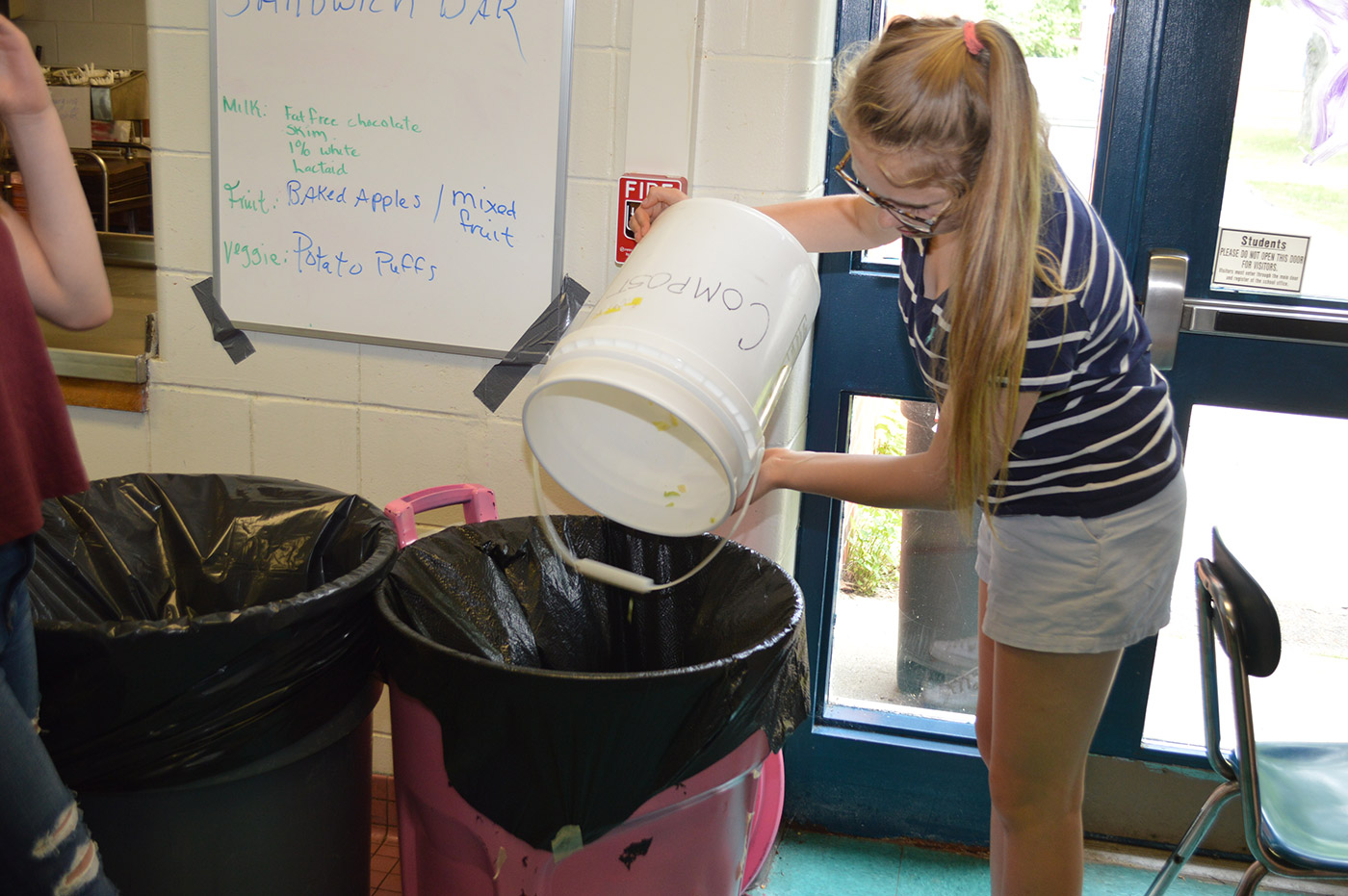 A Hall-Dale Middle School Environmental Club member empties one of the smaller composting buckets into “Pink Piggy,” their large compost bucket that a local farmer takes each day.

After two weeks of Environmental Club members standing at the trash station, students seemed to be getting into the habit of separating food from trash. However, during follow-up check-ins, there were some who were forgetting to separate their waste. We have noticed that the high school students are less vigilant than the middle schoolers! For this reason, Environmental Club members decided they would again be present during both high school and middle school lunches, to encourage proper composting of food waste.

I’ve been impressed with the Environmental Club members, especially because I have not had to take full control of the project. Students are very motivated to make composting a norm in the cafeteria. It has been rewarding to watch students who have stepped up as leaders as they have organized and problem-solved to make the compost project successful. 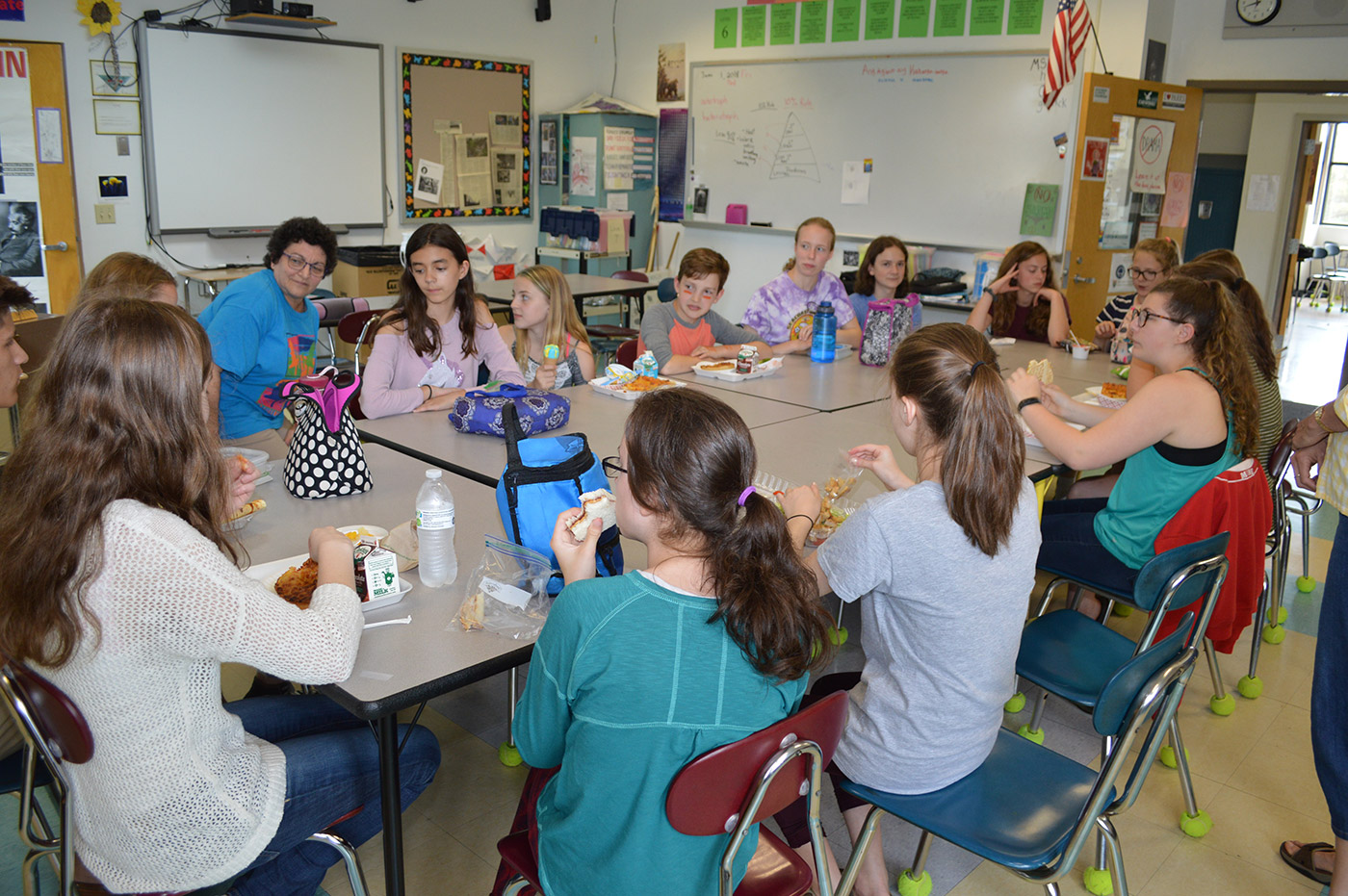