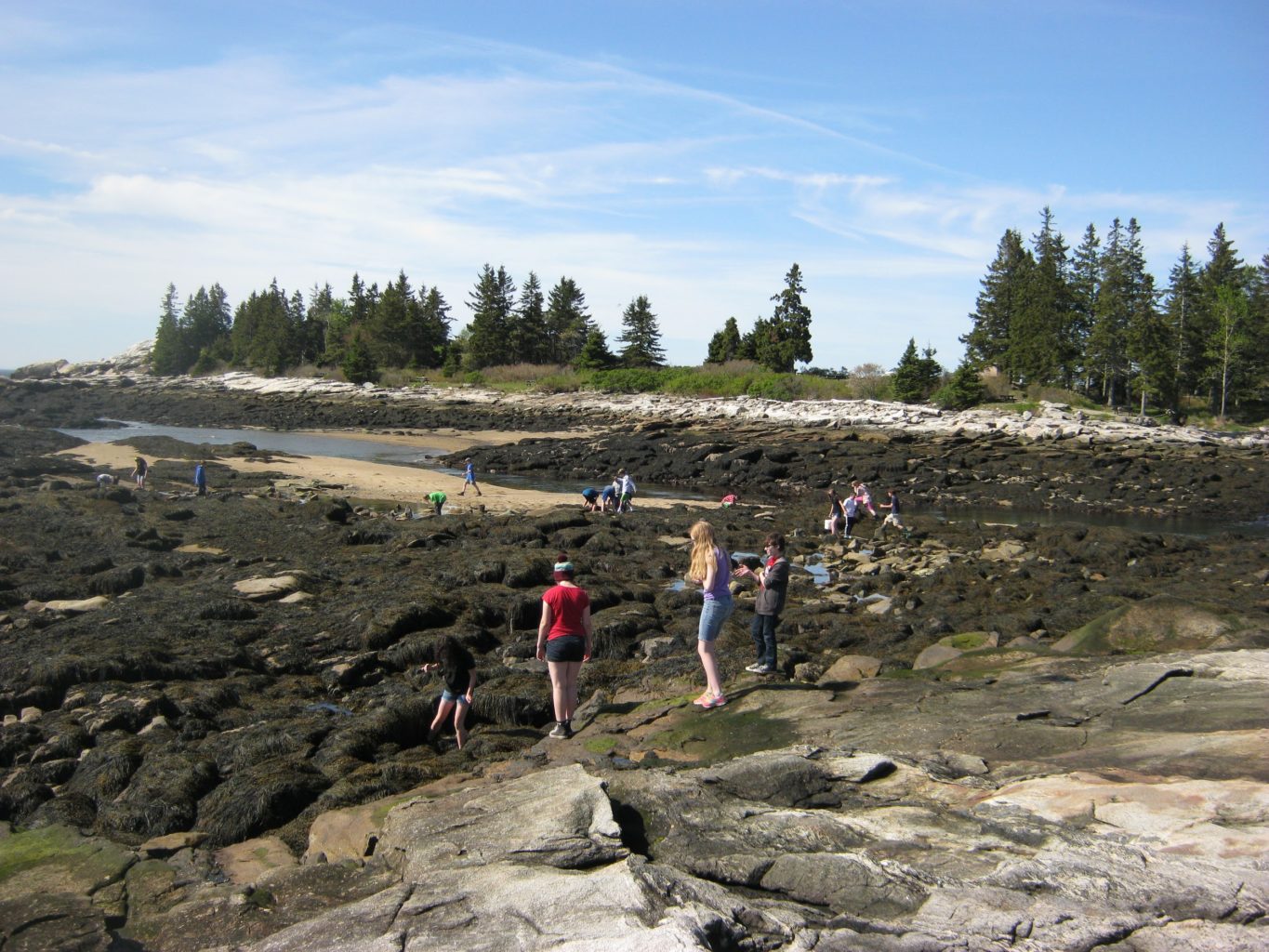 Bath Middle School students have used their NRCM grant to visit local state parks and examine some of the aquatic animals that live there, most especially green crabs. During their visits they have discovered a number of other creatures: check out these student reports on the Biodiversity of Reid State Park, as well as a potential “Mitten Menace” threat.

At Reid State Park, there are many differences in the creatures that live there. While the seventh grade red house was there, we found many different species, many of them not related. We found three different species of crabs! We found Asian Shore Crabs (Hemigraspus sanguineus), European Green Crabs (Carcinus maenas), and the native Rock Crabs (Cancer borealis). Several of the green crabs had eggs. One of the other types of creatures we found were mollusks, periwinkles (Littorina littorea) and mussels (Mytilus edulis) We also found several species that were unexpected. Two types of fish, mummichog (Fundulus heteroclitus) and flounder (Paralichthys dentatus).  The last two species that we found are the Northern shrimp (Pandalus borealis) and the sea urchin (Echinoidea). This is how biodiversity is shown very clearly in Reid State Park. 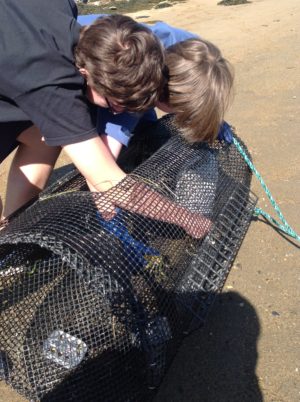 Don’t let the name fool you, this mitten menace is a great threat to ecological systems. To distinguish this crab from others, they have hairy claws with white tips, hence the name “mitten crab.” The Chinese mitten crab (originated in China) is known as an invasive species, which is when a species invades another area. In this case, it has invaded America and Europe. The bad thing about this crab is that it can live in saltwater and freshwater. So if this crab was to find a river, it will continue down it and into the lakes. When it reaches the lake, plants and other species will deplete. Once all are depleted, they will move on to the next one until nothing is left. 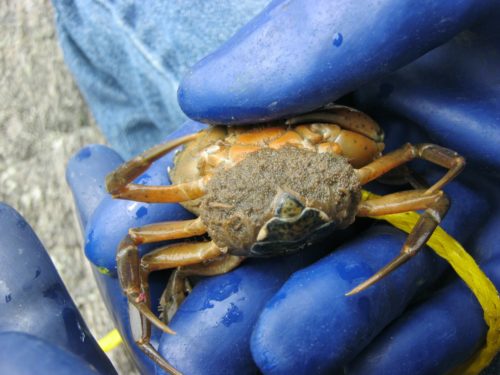