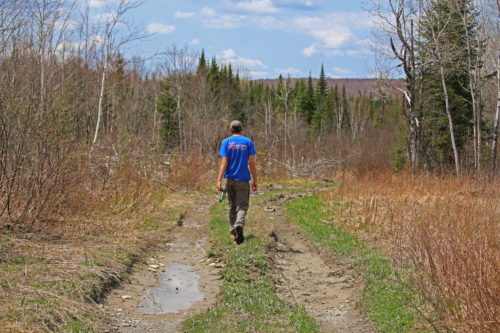 The spring trip was up to Fifth Pond and the headwaters of the Saint John River. More than 400 miles long, this waterway rushes from Fifth Pond all the way to the Bay of Fundy. For stretches, it creates a watery border between Maine and Canada.

Like many areas in northern Maine, the population at the beginning of the 20th century is higher than now, when the region swelled with logging operations, their staff, and local hotels.

We were staying at Historic Pittston Farm, which was once the headquarters for a substantial logging operation. Founded in 1907 by Great Northern Pulp and Paper Company, the farm is located where the north and south branches of the Penobscot River meet. The lodge as it stands now was once a boarding house and a hospital, the current hotel rooms were once stables. The property contained multiple barns, chicken coops, a fire house, and so much more, and many of those buildings still stand. 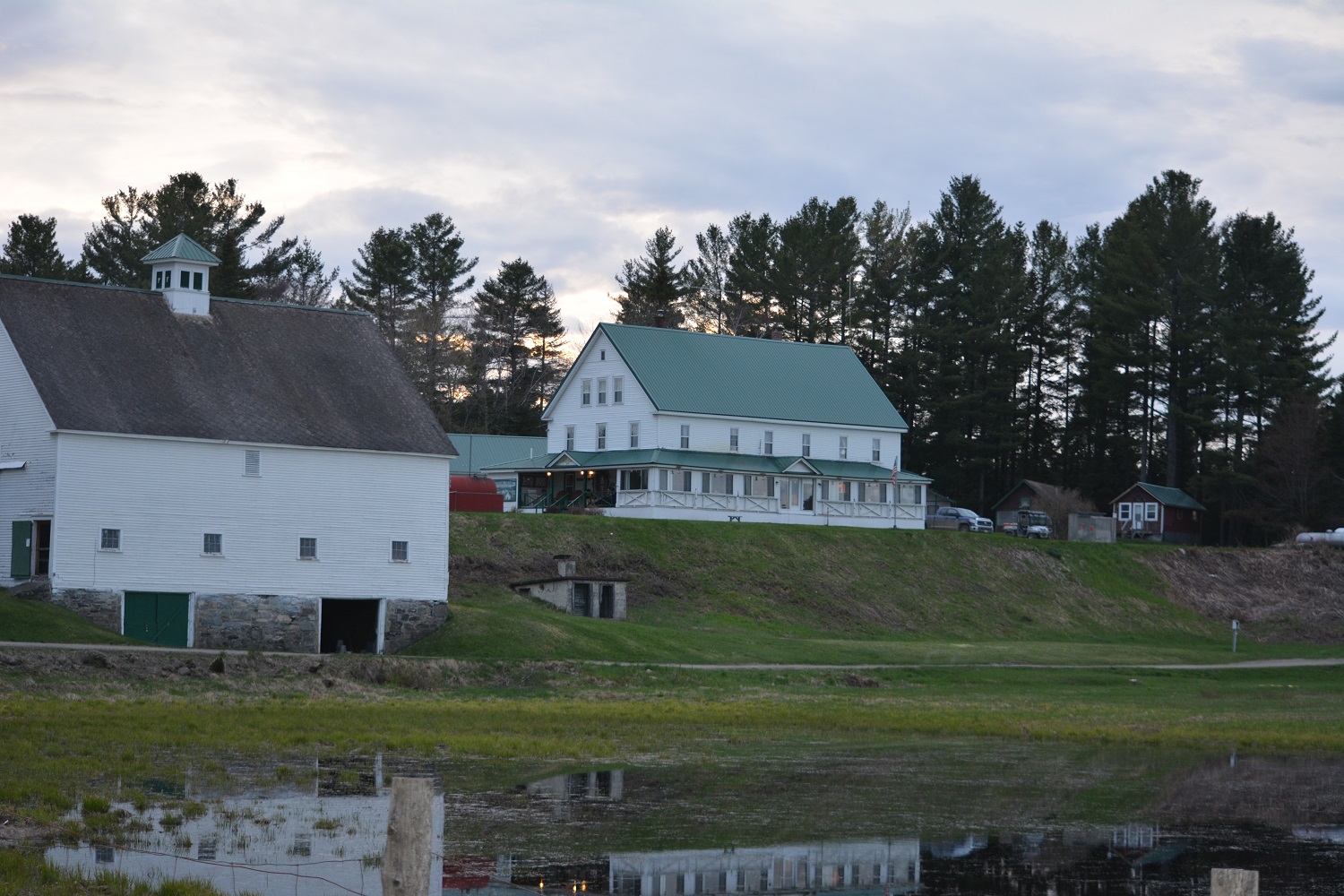 I loved it. The rooms look out over Seeboomook Lake, and when we arrived in the evening Canada Geese honked in the distance, and Barn and Tree Swallows performed aerial acrobatics as they sought their insect dinners. As the sun set, the Wilson’s Snipes emerged. While these birds were impossible to see camouflaged in the damp field and wetlands, their strange, yodeling calls were unmistakable. We retired to sleep with the hoots of a Great Horned Owl echoing over the water.

Pittston Farm would be our home base for the trip. Its owners, Jennifer and Guy Mills, are some of the nicest people I’ve ever met, and talked to us extensively about Pittston Farm, their family, and the history of area. They are also excellent cooks, and after a delicious breakfast in the morning (including homemade donuts), we headed to Fifth Pond.