Teaching the Next Generation the Value of Composting and Reducing Waste

When I first started teaching at South Portland High School in 2000, one of the teachers was unable to incorporate the school’s fledgling recycling program into her classroom and asked if I wanted to take up the task. I was immediately interested because I had worked to implement recycling programs when I attended Stonehill College in the ’90s. Back then it was mostly just bottles and paper but I remember our group, Students for Environmental Awareness (SEA), rented a trailer and held all of the bottles there. I saw how a few students could substantially reduce waste and make real change. 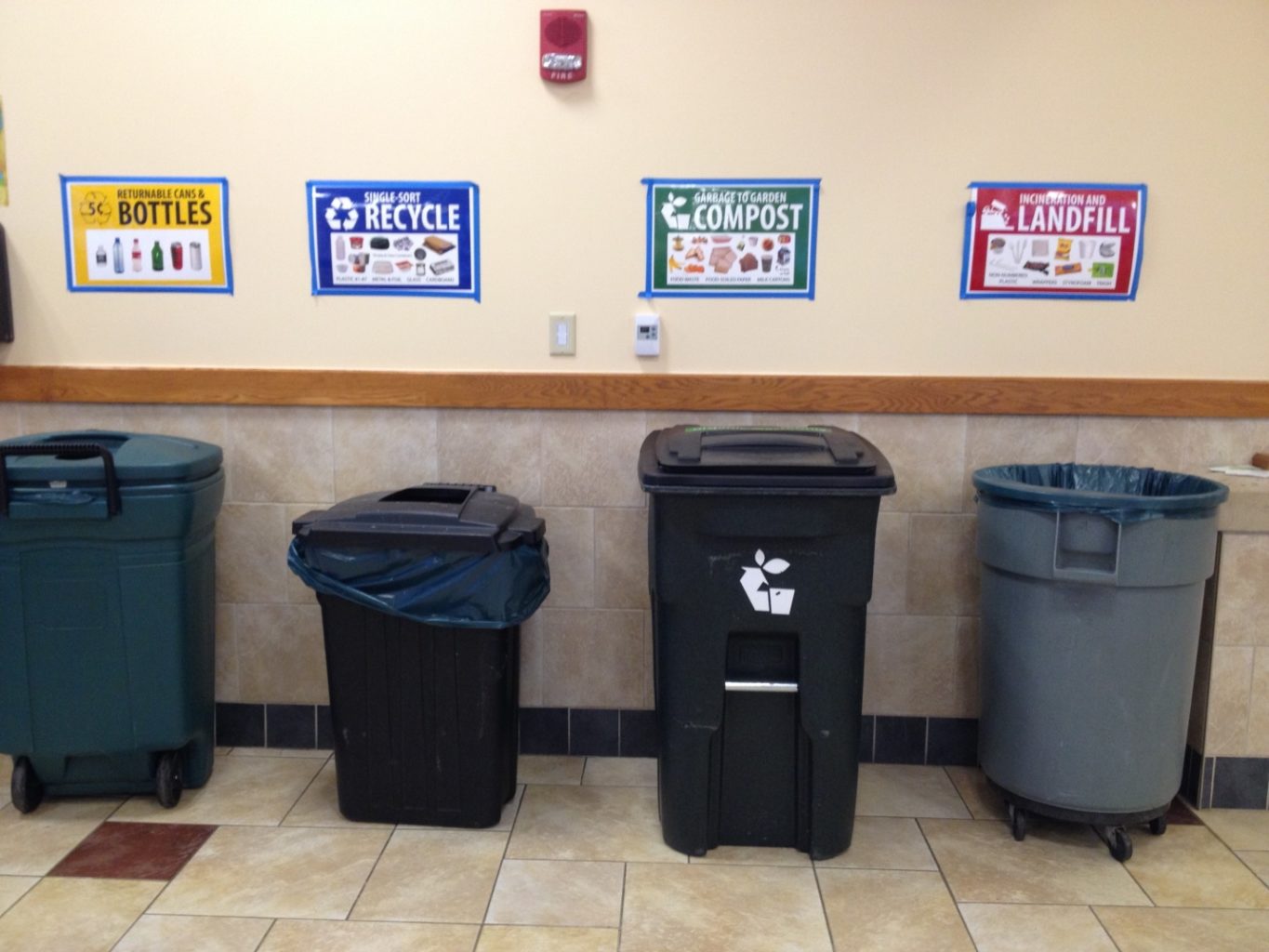 My South Portland High School ecology students began modestly, recycling paper and bottles from classrooms. We worked with local groups like the Maine Energy Education Program and ecomaine on reducing our energy and waste throughout the building. But, in the early 2000s, the cafeteria was always a challenge we couldn’t seem to tackle. Every year in my ecology class, I’d ask students, “What can we do to reduce waste in the building?” We would visit ecomaine and analyze what the school was doing well and how it could improve. One year, I had a group of students with an incredible diversity of talents and interests. Some were very tech-savvy with social media; others were hands-on learners who weren’t at all afraid to get those hands dirty. In addition to their individual talents, I think they were collectively just really vocal in getting their point across, and were tired of recycling on their own. They saw the benefits of reducing waste and wanted to bring it into the cafeteria where they saw huge amounts of waste going right to the landfill. That was the year before our school went through renovations. We saw some success reducing waste in the cafe, but we were not composting and it was a big mess all of the time, sorting through the recycling. The mess made the custodians less supportive of what we were doing as well. We also had limited space to store items to be recycled and bottles at the time.

The following year, our big school underwent renovation; fortuitously, I was able to connect with Kendall Hinkley from Garbage to Garden. I met her at the farmer’s market in Portland where, each fall, I took my students for field trips. Once Kendall helped me and my students see how easy it was to compost, I knew this would be the big change we needed in our new cafeteria. The challenge was getting approval from Central Office.

The principal already supported what we were doing, but we had to run through some protocol and we were running out of time before the new school was built. I knew we needed to have the composting ready to go with the new café. We also didn’t know how much it would cost or how to pay for it. We were able to secure a donation from the class of 2013 and applied for some grants. I didn’t get any of the grants I applied for, so I turned to Saco & Biddeford Savings, a local business that has always been supportive of the students and programs in my ecology class. The bank was less interested in formal grant application processes and more interested in what the students had to say. My ecology students presented their ideas on composting in the café and purchasing products that were compostable. Saco & Biddeford Savings generously agreed to support us, and we had the money we needed that first year to get up and running. We collected data in the old cafeteria and found that we were generating and average of 140 pounds of food waste per day. 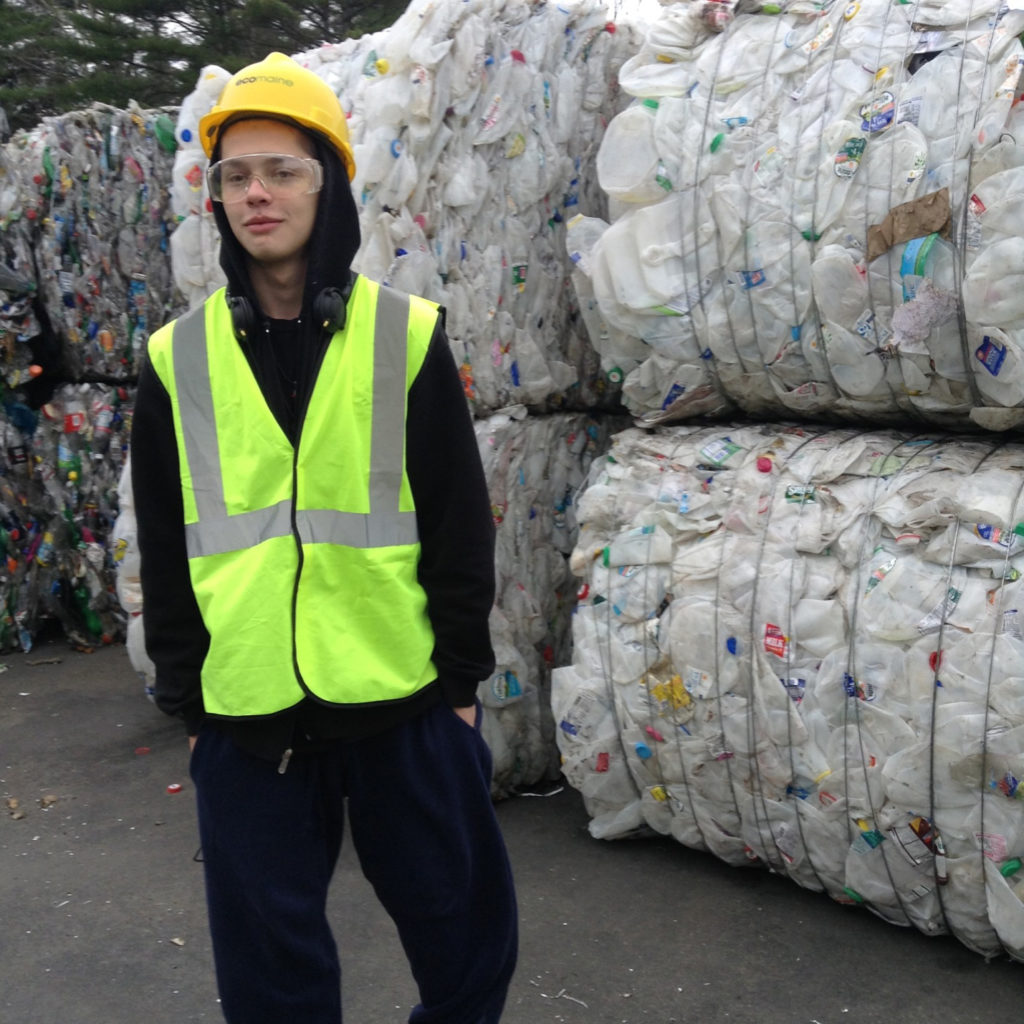 , and Kendall in particular, was huge in making the program run smoothly. She came in and taught my students about the benefits of composting. Leo from ecomaine talked about how to implement a change of culture. Both outside resources were huge. My ecology class made posters and announcements to educate staff and students about the benefits of reducing waste. We talked to major students groups like Interact and Student Government to ask for their support. The day it started we had an assembly with the younger students and Garbage to Garden was there helping us at the waste reduction stations. I had students at the stations as well; a couple of students were extremely active and took on real leadership roles in the process. Kendall and I communicated by email on a regular basis. If there was any problem on either end we were able to work together to solve it. She got to know my students and really supported what they did. She gave them positive feedback, brought snacks, and helped us fundraise. She just really got the kids!

The new principal has been supportive since we started, and if it wasn’t for his leadership and support, I don’t think this program would have been as successful. Over the years, I have developed a strong collaborative relationship with the kitchen and custodial staff. They know my ecology students and give them both positive and constructive feedback on their work. This year we have a new superintendent, and he has also been very supportive and instrumental in encouraging other schools in the district to follow our lead. The City of South Portland has been working hard at becoming a leader in sustainability, so I think our school projects are crucial in helping achieve that goal. 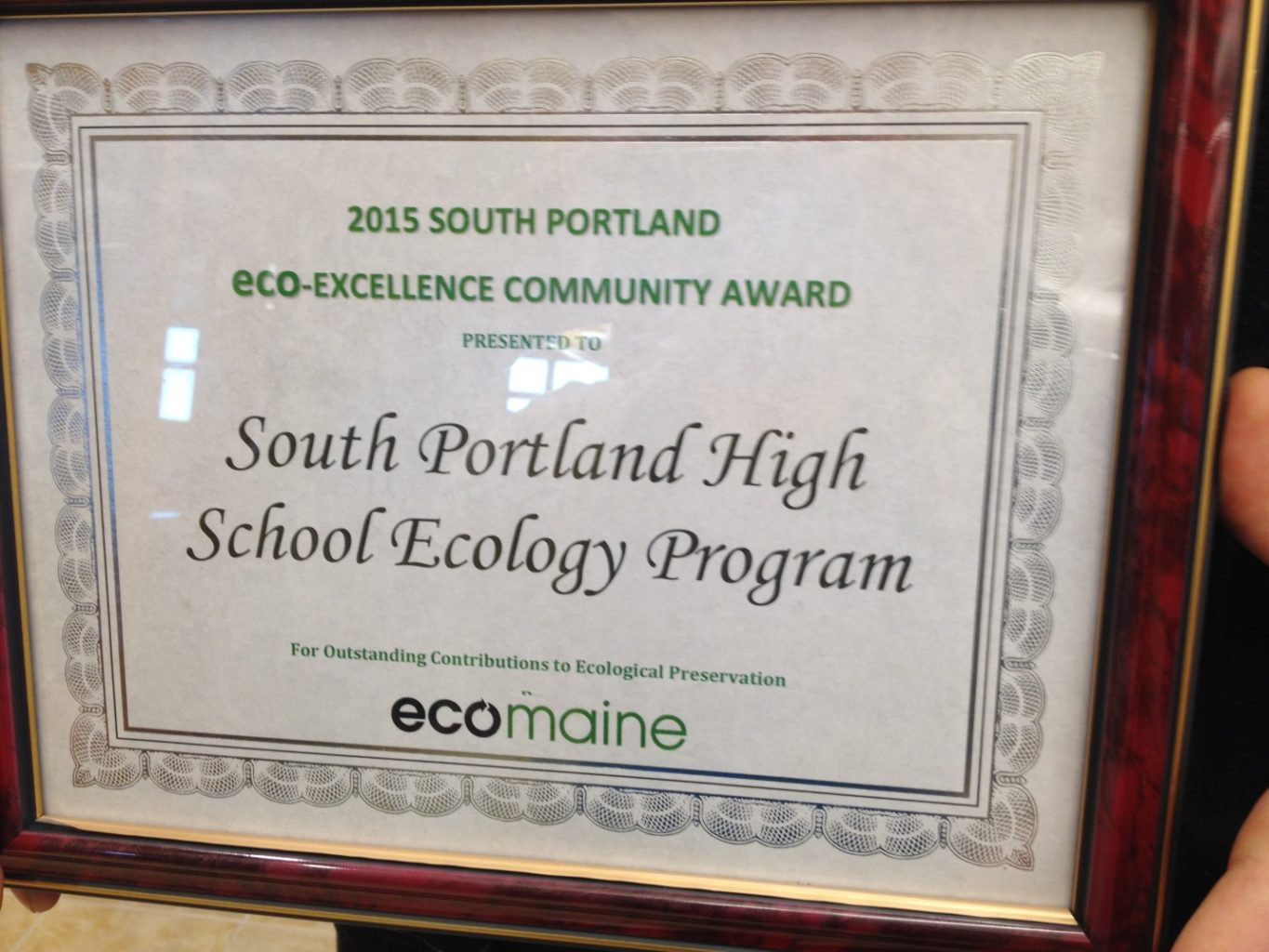 As an educator, I love seeing students take action on the topics we are discussing in our ecology class. The ecology class is part of the Learning Alternatives program, which is our version of alternative education. We have a mix of students, and some students are in the program because they don’t always feel connected or motivated to be at school. It is rewarding to see these students problem-solve, suggest ways to reduce waste, then put their ideas into action and see an actual change take place. Many of these students are hands-on learners who are not well suited to sitting at a desk. It is also rewarding to see how much waste is actually being diverted from the landfill just by making small changes in our culture and lifestyle. It also had made us realize how many other places in the building need to reduce waste. We need to consider how much food we waste, how much we consume, and what products we buy, and how those impact the amount of waste we generate as a school. When I saw how much we were reducing at our school and felt the support from Central Office, it motivated me to create a group of like-minded staff in the district. Many of these same staff members have been trying to implement this type of program at their school for years as well. We have met a couple of times to support one another and brainstorm ways to reduce waste in other areas. I approached Dora L. Small Elementary School and we were able to secure a grant through ecomaine. Frank I. Brown Elementary School was also able to get a grant and it has just spiraled from there. The only school not composting right now is Kaler and they have plans to begin next year. Each school has had its own unique approach to forming student groups who lead the waste reduction in their respective schools. Each school has seen similar rates of reduction in their cafeteria, going from 100 pounds per day to 10 pounds in the elementary and middle schools.

My hope is that other districts see the benefits that composting has in reducing waste, and that this will then lead to other conversations about consumption and the impact it has on our environment. Some of our students are now going home and to their workplaces asking why composting and recycling isn’t happening there. They are equally shocked when they visit other places that do not reduce waste and see everything go in the trash. As they get older, some of those students will take these lessons and good habits with them into college, into the workplace, and later their own homes.

Tania Ferrante teaches as South Portland High School in the Learning Alternatives Program. She teaches ecology, English, and personal finance. She loves all things green and enjoys sharing this passion with her students and school community.