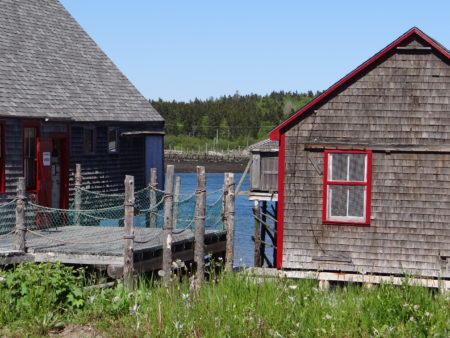 Lubec, Maine, is an incredibly picturesque little town at the far eastern edge of Maine. Nestled at the end of Maine’s rugged, bold coastline, Lubec features many opportunities to engage locals and draw visitors. The quaint downtown contains a few dozen shops lining the main street, which leads to the foot of the bridge reaching to Campobello Island, a site managed jointly by the United States and Canada. Lubec sits on the edge of Cobscook Bay and is a short drive from Roque Bluffs State Park. A drive through Maine’s beautiful down east will take those heading to Lubec through rugged forested hills, fishing villages, and blueberry barrens that blanket the undulating hillsides and run nearly the entire expanse of the peninsula sandwiched between sheltered Cobscook Bay and the open Atlantic Ocean. In short, Lubec offers an idyllic retreat for visitors and is an amazing place to call home.

But residents in the tiny town began to notice an alarming trend several years ago. Plastic bags and foam cups were having a negative effect on their community and on many of the things that make it special. Single-use plastic bags began to appear along the rocky, seaweed-covered coastline, ubiquitous as driftwood. Pieces of foam containers were littering the streets as well. Citizens began to realize something needed to be done. They took it upon themselves to educate their fellow residents and local small businesses in an effort to try and stem the flow of single-use plastic bags and foam containers from stores to shorelines. 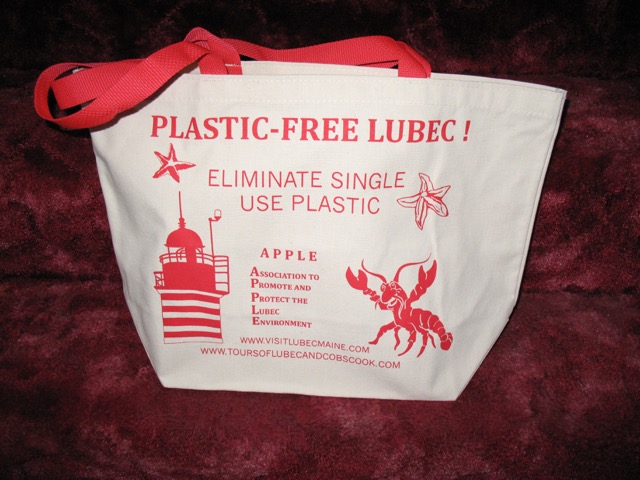 APPLE, the Association to Promote and Protect the Lubec Environment, began in 2005. In 2008, APPLE began participating in the Ocean Conservancy’s data collection program by creating a town-wide Coastal Cleanup program, which organizers held in conjunction with Maine Coast Week. The purpose of Coastal Cleanup in Lubec was not only to clean up the trash but also to inventory and classify what the volunteers were finding. Several years of collection showed that single-use plastic bags were the most prevalent form of litter in town. It soon became clear that collecting trash and data weren’t enough.

That’s why, in 2015, the group initiated Plastic-Free Lubec. City and town ordinances instituting bag bans, bag fees, and eliminating foam containers have begun to be adopted in several communities around Maine. Organizers in Lubec wanted to try a different approach and began meeting with local businesses unsure of the reception they would receive.

They had nothing to fear.

APPLE Board of Directors President Ruta Jordan says, “We decided to start out by getting people to support the idea of eliminating single-use plastics rather than banning them. Most Lubec businesses were already looking to do that, so this gave them the impetus and information.”

In addition to single-use plastic bags, APPLE has been addressing other forms of trash, from fishing debris to single use-foam cups. In fact, many residents noticed the town seemed to be struggling with a constant trail of foam coffee cups leading from a particular coffee shop down to the docks. When APPLE approached the shop owner, he immediately began searching for alternative materials to replace single-use foam hot cups. Now other shop owners are comparing notes on the different options and looking to find the best alternatives and make the switch.

Ruta says that more than 30 local businesses have signed Plastic-Free Lubec’s pledge to reduce or eliminate single-use plastic bags, and the conversation is continuing, with more businesses and people coming on board.

APPLE, the residents and small business owners in Lubec are proving once again that Mainers everywhere care deeply about Maine’s environment and understand how important it is to our economic future. Congratulations to Plastic-Free Lubec for their successful and ongoing efforts to protect the nature of Maine!