Get Involved in the Political Process: NRCM Citizen Action Day

I’m a welder and fabricator by trade. I don’t have a political science degree, but I do listen to the scientists and trust what they are saying about our environment. As a native Mainer, I value being able to live nearby some of the most beautiful places in the world. And, naturally, I want to protect those places.

Due to my engineering background, I try to live my life by making tangible progress that is measurable. I found a way to make progress in protecting our state by participating in the Natural Resources Council of Maine’s Citizen Action Day back in March, before the Legislature abruptly adjourned due to Covid-19. It was an incredibly rewarding experience.

At NRCM Citizen Action Day, people from all over the state go to Augusta to speak with their state legislators about environmental issues that matter most to them. Anyone can do it!
The idea is that strength lies in numbers, and when we take actions as a large group we are, together, showing the importance of environmental protection.

I grew up in a middle to working class community in Maine. Many of my friends and co-workers fall into the habit of making broad statements about “politicians” and assumptions that they don’t care about the citizens of Maine. In reality Maine has a citizen’s legislature, which means that your representatives and senators are not paid much money to go to Augusta. Many still maintain jobs in your community and are therefore more easily approachable about issues that affect us. It means that they are doing this job because they care about the state of Maine. 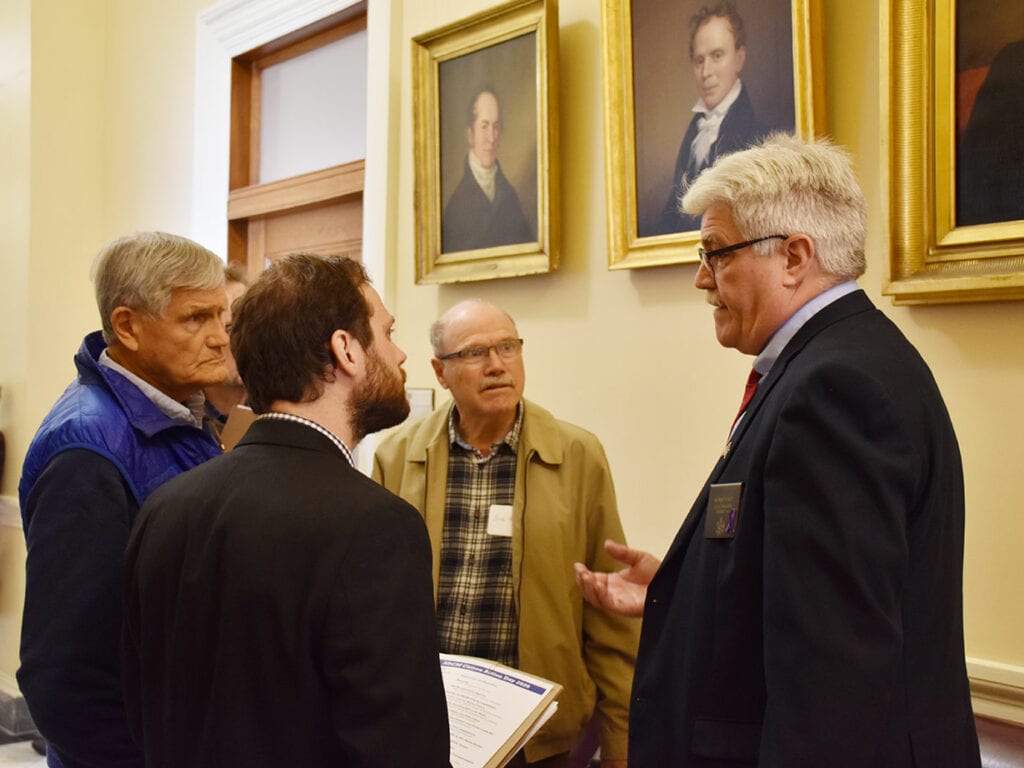 I spoke with my State Senator, Bob Foley. I’ve known Bob my entire life. His son and I went to school together. So being able to speak with Bob is an easy task, even though we don’t agree on much politically.

Going to the State House is a formal process that is both humbling and inspiring. With walls lined with the portraits of governors past and important political figures from the previous 200 years, I feel honored to have the ability to join in part of the legislative process. I was also lucky to have Pete Didisheim from NRCM explain to me the complex formalities of the voting process which, to the layperson, may make no sense. NRCM has a staff of extremely talented and experienced members who helped to guide us. To be a part of a force like them makes me optimistic for Maine’s future, knowing that good people are fighting to protect it.

They say that strength lies in numbers. Making sure our voices are heard at the Maine State House is a critical part of the political process. The more people we can bring every year to Citizen Action Day, the more impactful we are. If you receive NRCM’s enewsletter, they will let you know about the next Citizen Action Day. I truly hope you will join us.