An Englishman Trying to Find a Moose

Do moose actually exist? After moving to Maine four years ago this was a question I found myself asking more and more as time went on. As each year passed by my doubts in these creatures being anything more than a unicorn grew. Having moved to Maine from the United Kingdom (UK) via Minnesota, I arrived in the state with great excitement as I drove by the “Moose Crossing” sign on I-95. Wow, moose must be everywhere I thought, I’ll see them every day! Reality quickly set in as I settled into my new apartment in Portland. The only animal crossing I would witness were my cats trying to trip me up as I walked.

Before long I was venturing out of the city and discovering more of Maine’s beauty. My adventures started with me hugging the coastline, but soon enough I was being drawn into the mountains. I would excitedly read about areas with large populations of moose and see people write about their sightings in reviews of trails. Each time I would be glued to my car windows scanning the forest around me for a glimmer of movement. Nothing. I started hiking these forests and up through the mountains, I explored Rangeley and the surrounding areas. No moose!

Giving up on these elusive animals I decided to set a target of something more tangible and that was hiking the Maine 4,000 footers. I grew up in one of the flattest parts of the UK, surrounded by endless farmland and being able to see for miles in all directions. The mountains of New England amazed me, and before setting out on hikes I would be stunned by the sheer scale of some of them. Sitting atop the fire tower on Old Speck and looking out into the clouds I realized how far I had come from my small village life in the UK. 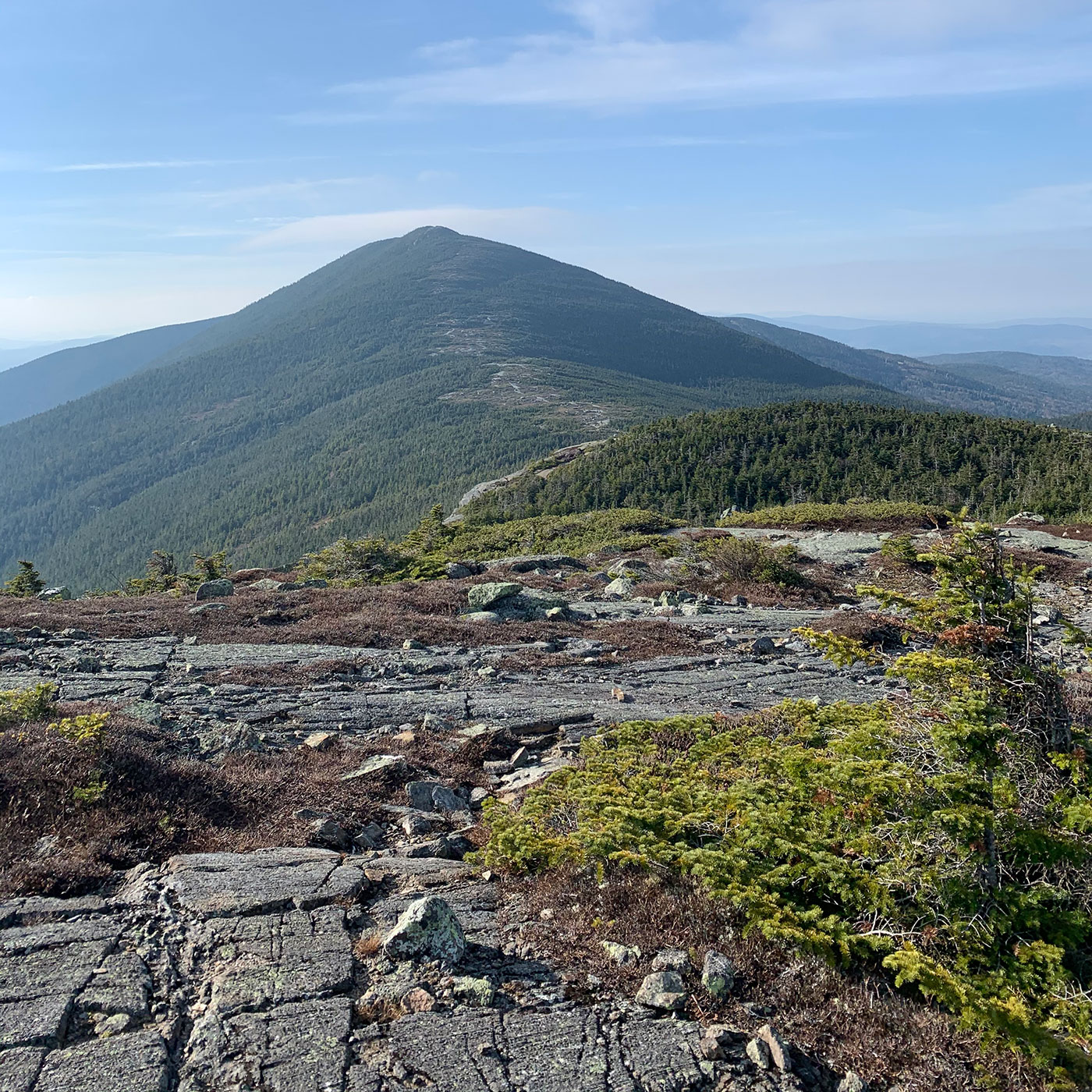 Exploring more of Maine also made me realize how lucky we are to live in a state that still has so many wild and untouched places. You are really able to escape from modern life and immerse yourself into nature. It is thanks to the work of organizations such as the Natural Resource Council of Maine that we can continue to enjoy this incredible environment. Enjoy it I did, even though there were still no moose! 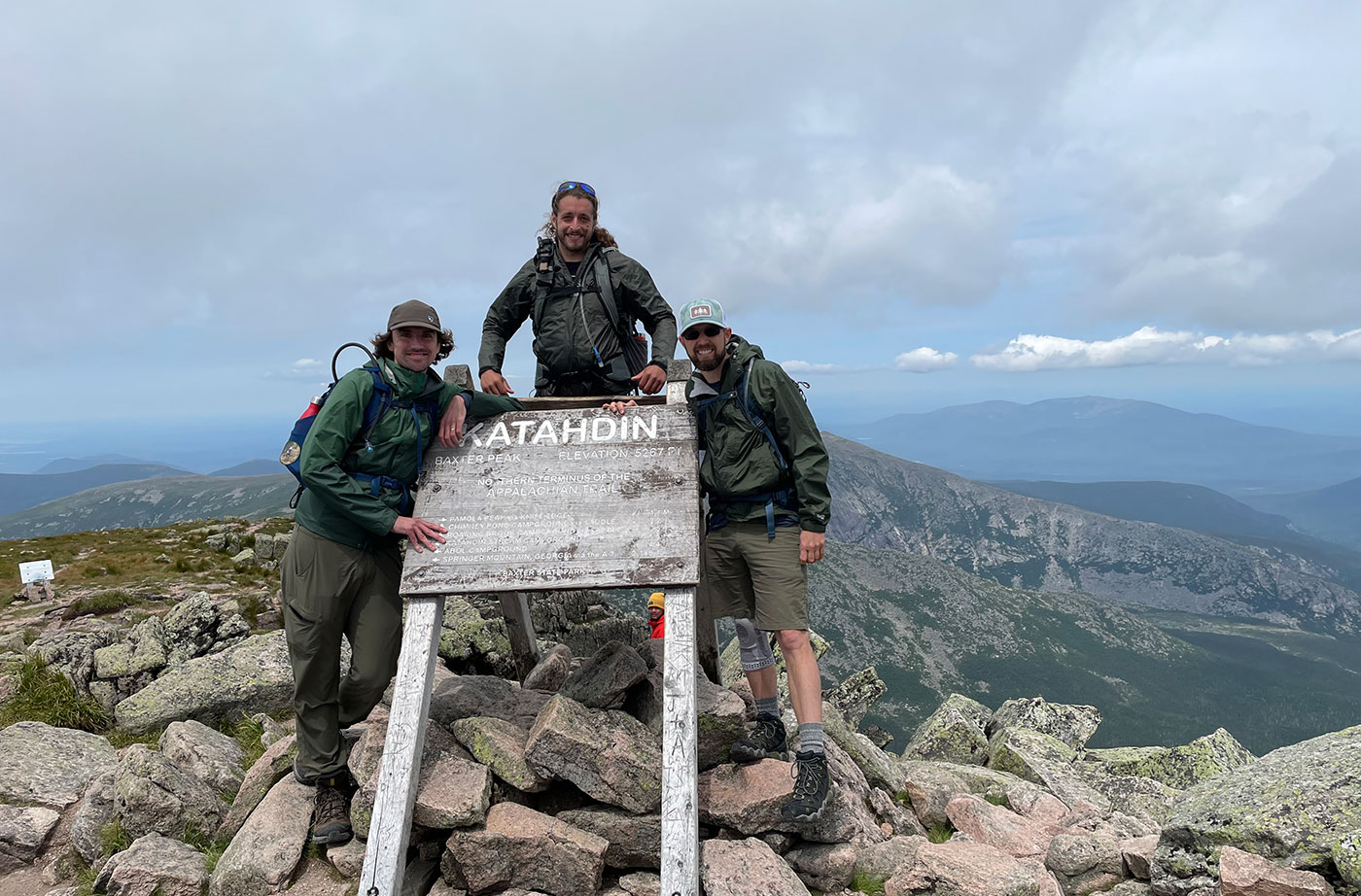 On top of Katahdin. Photo courtesy of Daniel Bartup

As I knocked more and more mountains off my list, the big prize of hiking Katahdin came closer until it was the day that my car was packed to the brim, and I was heading to Baxter State Park. I thought after three years in Maine and all the miles I had hiked up mountains, wouldn’t this just be the perfect time to finally see a moose. As soon as my tent was pitched at Roaring Brook campsite, I almost sprinted to Sandy Stream Pond. I sat for hours as the light faded. But of course, no moose! On day two, I successfully hiked to the summit of Katahdin via the Hamlin Ridge for an awe-inspiring experience. It really is a place like no other and you certainly earn those views! After some time spent on the peak and a realization that the Knife’s Edge was far too scary for me, I hiked down as quickly as possible to give myself another evening of moose watching at the pond. Again, of course, no moose!

The drive home already felt like it would be long as I didn’t want to leave such a special place as Baxter State Park, but after a long morning of trying to work out how to fit everything into my car I was back on the road, disappointed but elated at such a great few days. As I drove down Highway 11 trying to avoid road work, out of nowhere a glimmer. It couldn’t be?! My wife shouted, “MOOSE!” A quick turn around of our car and there it is, that imaginary animal, just staring at me only 10 feet away. After a minute or two the moose turned around and within a couple of steps had melted away into the forest and disappeared without a trace, leaving just one question for me to ponder; did I really just see a moose? 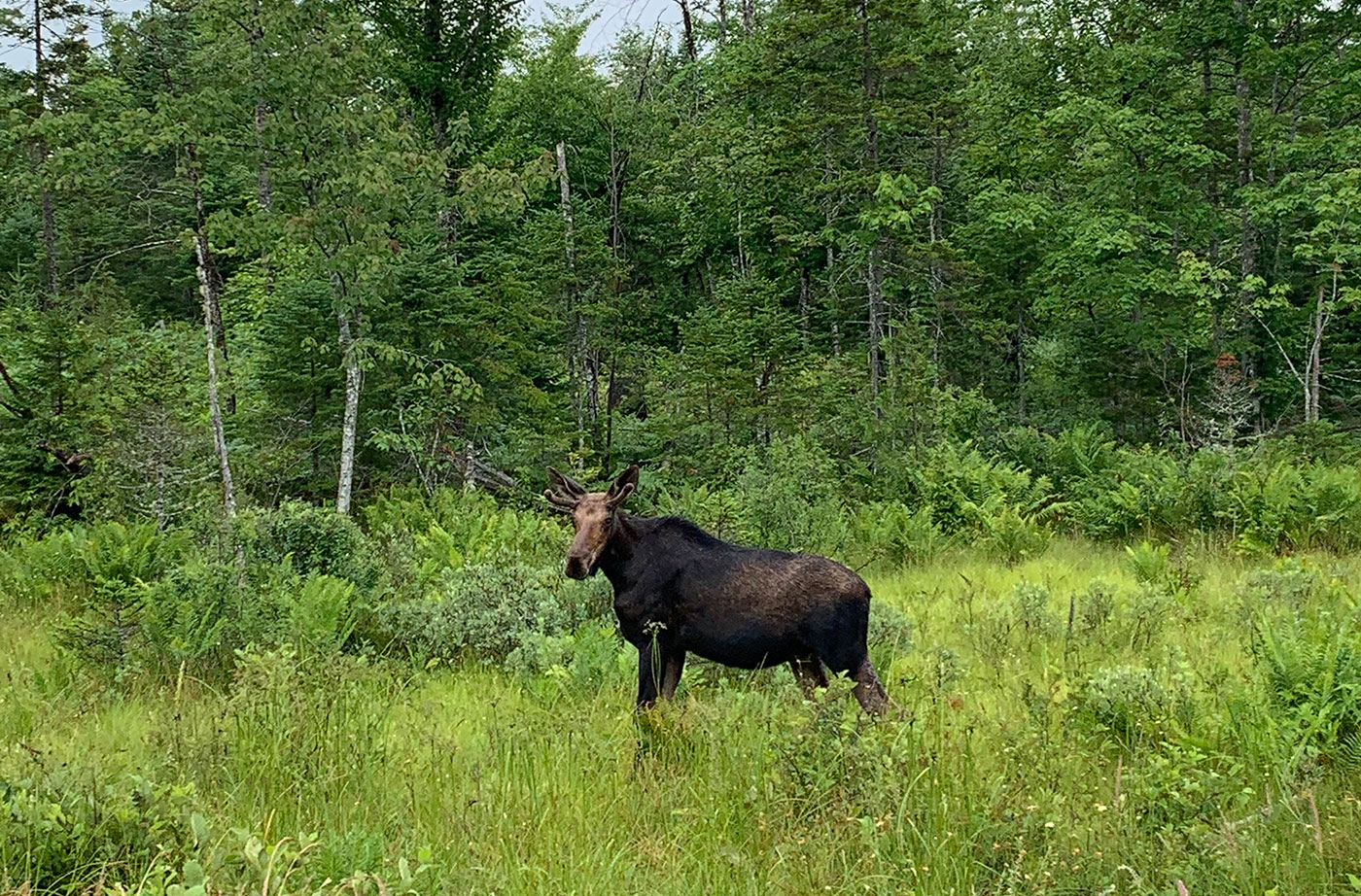 A moose just outside Millinocket. Photo by Daniel Bartup