It All Boils Down to Climate Change

Maine winters are long. The sweetest light at the end of the tunnel for some is sugaring season, that short stretch of time just before spring when the winter temps rise to above freezing during the day and into the 20s at night, and the sap flows from the maple trees. Since 2017, my husband and I have collected sap to boil down to thick maple syrup over a cast iron arch, hauling five-gallon buckets through the woods by hand and feeding the fire with pine from our land. Shy of raising a child, I’ve never known a truer labor of love. The work to haul and boil for hours can be tough, though who doesn’t love an excuse to spend time in the sun after months of feeling trapped by freezing temperatures? And if you can recruit some friends to join in, even better! 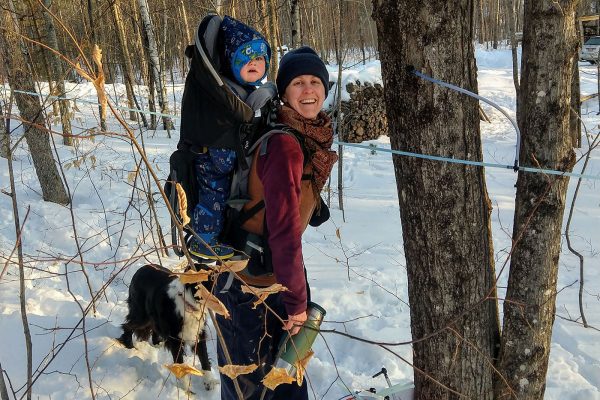 The author checks tubing as the sun rises with her almost one-year-old daughter and sap hound.

One thing we’ve noticed as we prepare to tap late-February for our fifth season of sugaring is how varied each year has been in regard to sap flow, syrup yield, and weather overall. In 2017, there was some mud when we pulled our taps the first week of April, for sure. But in 2021, we wore shorts during our final boil almost two weeks earlier. In chatting with other sugar makers last year, we learned that some of the bigger producers in the state were seeing significantly lower-than-average yields, measuring a ratio of 60 gallons of sap to 1 gallon of syrup instead of the traditional 40 gallons of sap boiling down to 1 gallon of syrup.

To make sure I wasn’t going crazy, that things really are changing, I spoke with Jason Lilley, a Sustainable Agriculture Professional at the University of Maine Cooperative Extension in Cumberland County. Lilley works with agriculture producers in the southern part of the state to grow sustainable businesses, and he supports maple producers throughout Maine in a similar capacity. He is their go-to resource for educational support for sugarbush management, financial resources, and advising on climate change—the risks and mitigation—to keep the sap flowing. Lilley says woods management is part of the mitigation strategy for climate change as a whole. 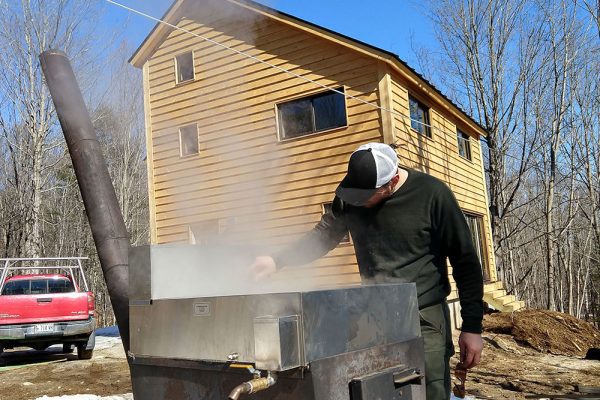 Josh O’Neill checks in as the sap boils.

Lilley affirmed as true the rumors I had heard. “Last year was a terrible season. Sap flows were average, but sugar content was less than half of most people’s averages, and production was down 30-50%. Lots of folks are leaning toward the fact that we’ve been in designated droughts throughout the majority of the sugar-producing region for several years in a row for some portion of that year.”

According to researchers, across the entire maple producing region in the Northeast, the sugaring season has gotten shorter and started earlier since 1963. In Massachusetts, the viable sap collection season of 2010 started seven days earlier than in 1963, and the season overall was eight days shorter. Trends get smaller as you head north. In Maine, we’re an average 4.8 days earlier, but we’ve nonetheless  lost 2 days of the season. For a short season, those days make a big difference. The UVM Proctor Maple Research Center predicts that in Vermont’s Lake Champlain Basin, they will drop from 60.3 days suitable for sap harvest in 1970 to about 49 days in the middle of this century, a significant drop for an already short season. Region-wide weather events like hurricanes and ice storms are acute events that may affect a season’s overall production in the short-term, but these long-term changes hint at something bigger. 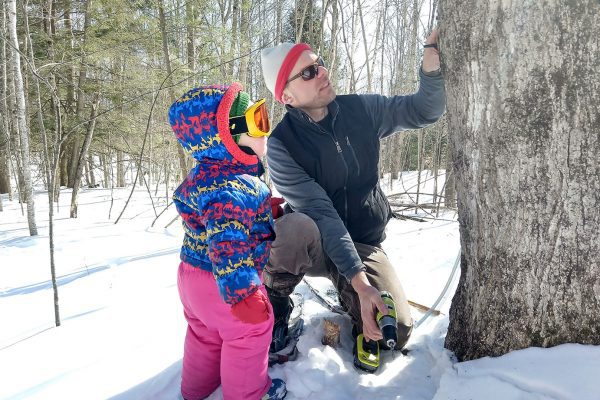 So how are people pivoting with these slimmer sap collection opportunities? “During this time where we’ve seen shorter and earlier seasons, we’ve, on average, seen an increase in production, which is really due to improved practices. Sugar producers are using better sanitation at the tree, so tap holes aren’t closing over as quickly. The use of vacuums (a mechanized way to extract sap from a tree) has also led to increased sap yields. Even though we are seeing shorter seasons and fewer sap runs at times, that technology has really helped out,” says Lilley.

Over the long-term, the biggest concern is tree health, primarily sugar maple crown dieback, which is caused by a complexity of different stressors. From invasive pests or new diseases that have arrived due to climate change, to the extreme rainfalls that saturate tree roots (“no thank you,” say sugar maples) with a quick switch over to excessive droughts, any and all of the stressors can lead to the death of sugar maple trees. But in their absence, we’ll see red maples coming in, who also have a sap flow with sugar content for producing syrup. “There will still be opportunities for tapping, but with a change of ecosystem,” notes Lilley.

The root cause of these disruptions to producing this iconic Maine staple can all be tied to climate change in some way. So what can you do? Help the Natural Resources Council of Maine in the passing of LD 1350, An Act To Expand Maine’s Clean Energy Economy. The more clean energy Maine can host, the better our chances of fighting the myriad side effects of climate change and passing the tradition of maple syrup production on to the next generation of Mainers.