For the first time, the Great Barrier Reef has experienced two back-to-back bleaching events, which have been driven entirely by extreme sea-surface temperatures. The devastation is hard to miss, unless you are not looking. Successive generations often experience the conservation phenomenon known as shifting baselines of perception. A boy’s granddad may remember when they fished for more than 15 species of fish in the Gulf of California, but the boy believes that the five remaining species are normal, i.e., a new baseline. As the disruption of the biosphere accelerates and reductions in biodiversity ensue, it will become increasingly hard for each generation to perceive current conditions as normal, assuming that they are paying attention. 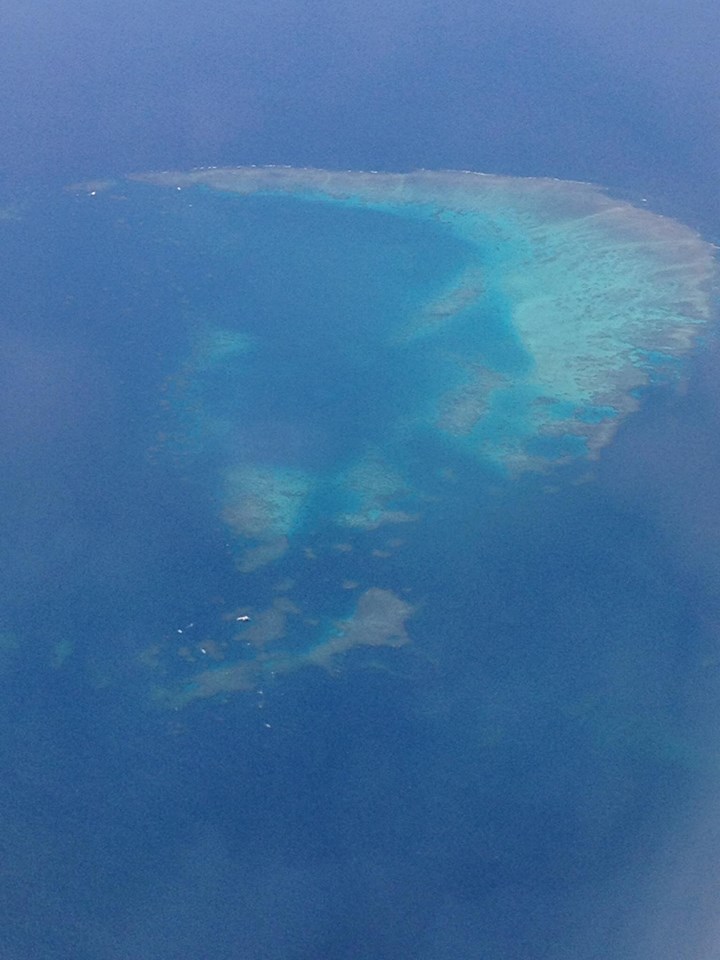 What matters in terms of their awareness is whether our kids will perceive these losses as meaningful. In the coming few years, their lives will revolve around sophisticated technology and immersion in urban culture. At least in the relatively near term, they will have precious little reason to link these losses to their immediate wellbeing. The disruption of our planet’s ecology will be background noise—something that someday somebody will do something about. But, not today.

The consensus among climate scientists and ecologists is that an era of reckoning is rapidly approaching. There is no reason to believe that the foundation of civilization provided by our rich and diverse biosphere will continue to support us as it is disrupted. Anyone who is paying attention and gives credence to science knows that climate change is accelerating. It is not the warming per se that is the issue, but rather, it is the impact of warming on living systems that matters the most. A few degrees warming in sea surface temperature has a dramatic impact. Corals support the highest fish species diversity in the oceans and they provide commercial fisheries with high-quality abundant harvests. As coral communities fail, so will the fisheries, with consequences for millions of people who rely on these harvests as a primary source of protein. In Asia, for example, coral reefs provide 25 percent of the annual catch and food for over 1 billion people.

What is happening in the ocean surface waters is only part of this tragic story. Recent studies show that the vast Amazon basin is likely to experience increasing frequency of major drought and associated forest dieback. Just as the increased frequency of bleaching leads to coral death, drought in the Amazon will progressively compromise the survival of individual trees and impair the function of entire regions of the rainforest. Because trees are the primary source of water transpired to the atmosphere in the Amazon, dieback has dramatically affected patterns of precipitation. More importantly, drought compromises the photosynthetic capacity of trees, resulting in a net release of CO2 from the forest ecosystem for up to three years following a significant drought.

The best science shows that we are on track to exceed 3˚C average global warming by the last decade in this century. The impact of this warming during coming years will be profound. Weather patterns and seasonal phenologies of plants and animals will be impacted worldwide. While there is evidence that some organisms have adjusted to the changes thus far, studies have demonstrated that many species will not be able to migrate to favorable habitats as climate zones shift. It is simply out of the question that most plants and animals will be able to continue to adapt to the speed and degree of change as climate disruption progresses.

As I have argued before, the window of opportunity for aggressive mitigation of climate change is almost closed. To be sure, all efforts at mitigation, whenever they occur, will help. But, avoiding the extreme effects of climate change during this century will no longer be possible if we wait to take action. Although there has been little increase in global emissions during the last three years, the concentration of CO2 in the atmosphere continues to increase at a record pace. The warming over the past three years has been dramatic. The emissions reductions accepted by the Conference of the Parties signing the Paris climate accord are not even close to being adequate to avoid dangerous effects. Of course, we welcomed the Paris climate accord as a positive development, but the scientific community is well aware that it is not enough.

With an aggressively hostile environmental policy embraced by our Executive branch and a Congress unwilling to act, we are squandering precious time. The U.S. simply must lead in the efforts to combat climate change. The majority of carbon pollution in the atmosphere came from us, and we continue to be the world’s largest economy. Thus, we directly or indirectly continue to drive most of the emissions worldwide. We not only have a moral obligation to lead, other nations cannot compensate for our lack of regulation through their own reductions. Without the U.S. as part of a worldwide aggressive effort to mitigate climate change, we stand zero chance of slowing climate change sufficiently to avoid massive disruption and loss.

Yet, in daily life we normalize this unfolding crisis. We look away. We talk about everything but the global changes that will threaten the wellbeing of our kids and subsequent generations. We are more concerned with gaining weight or being able to afford a new car than we are about the precipitous loss of Arctic sea ice or the accelerating hemorrhaging of biodiversity. Car manufacturers are perfectly happy to have the fuel standards of the Obama administration repealed. SUVs and F-150s will continue to be the biggest sellers. Fossil fuel interests are promoting legislation to tax electric vehicles, thus making them prohibitively expensive to own. Most of the major players in our economy act as if the impacts of global disruption and loss are nothing to be concerned about. In anticipation of reduced regulation, the stock market is booming. There is no moral imperative to act for the greater good. The elites see themselves as immune to the effects of global ecological disruption as they serve the God of Growth.

With the current Congress and Administration in charge of our future, business as usual will be the order of the day. Well-meaning environmental groups will continue to shout the good news of the expansion of solar and wind energy. Unfortunately, commercially driven changes in energy sources will not be sufficient to significantly reduce the rate of increasing CO2 in the atmosphere. We need a wholesale reorganization of energy sources and their distribution. Massive investment in infrastructure is required. This is what government is for. Unfortunately, our agencies responsible for monitoring emissions and developing new energy infrastructure are being dismantled. Indeed, any federal program related to climate change science, mitigation, or adaptation is slated for deletion. A politically conservative Congress is likely to support these elements of the President’s budget request. Thousands of dedicated and brilliant professionals will soon be discarded if the proposed budget is enacted.

Normalizing and ignoring the monumental changes underway is not only tragic for life on Earth, it will soon be tragic for us. I believe that serious damage to human wellbeing will be globally apparent by 2030 and beyond. This impact will be increasingly felt in affluent countries, but the poor regions of the world will be most affected. Mass migration, food shortages, and disease will be part of our future. Senior U.S. military brass recognize climate change as a grave security threat. Whatever we do, we must do soon because our window of opportunity for aggressive mitigation is rapidly closing. The U.S. came to a crossroads during the elections last November and made a fateful decision.

How will global ecological disruption affect your life? How will it affect the lives of your kids and grandkids? What are you willing to do to turn this around? Are you willing to engage in the uncomfortable task of challenging your neighbor, your political adversaries, family members, and your legislator? Are you willing to stop being passive when the juggernaut of growth comes to your community? Have you called or written your elected representatives? Will you be part of the March for Science on 22 April? Are you willing to go to the lengths necessary to prevent catastrophe?

What is required is far beyond what we thought necessary just a decade ago. Conserving energy and water and recycling on an individual basis will have little effect. These actions won’t get you into environmentalist heaven and they won’t significantly slow the unfolding disruption of our planet. We need systemic change across literally all sectors of the global economy.