“I don’t think of all the misery, but of all the beauty that remains.”

On Sunday, 30 April 2017, the New York Times reported that global marine fisheries are being pushed to the brink. This and countless other imminent losses prompt me to once again point out that management of the global biosphere is necessary if we are to have any hope of controlling climate change and feeding ourselves. Human impacts on ecosystems are pushing the living planet into a new regime characterized by disrupted ecological relationships and accelerating extinctions on local, regional, and global scales. Ecological disruption causes ongoing positive feedbacks from widely distributed natural sources of emissions, thus further disrupting the climate system. Globally, we are approaching a state of unmanageability on many fronts.

The traditional tenets of conservation dictate that we should be deeply concerned about saving large, furry, charismatic species with backbones and direct gazes. But, we better also pay careful attention to those little and sometimes ugly plants and animals that make the big animals and us possible. As pointed out by David Orr, ecologists have generally been right in their predictions of species’ demise and ecological disruption. The timeline may have been off in either direction, but we have been basically right for over 50 years. 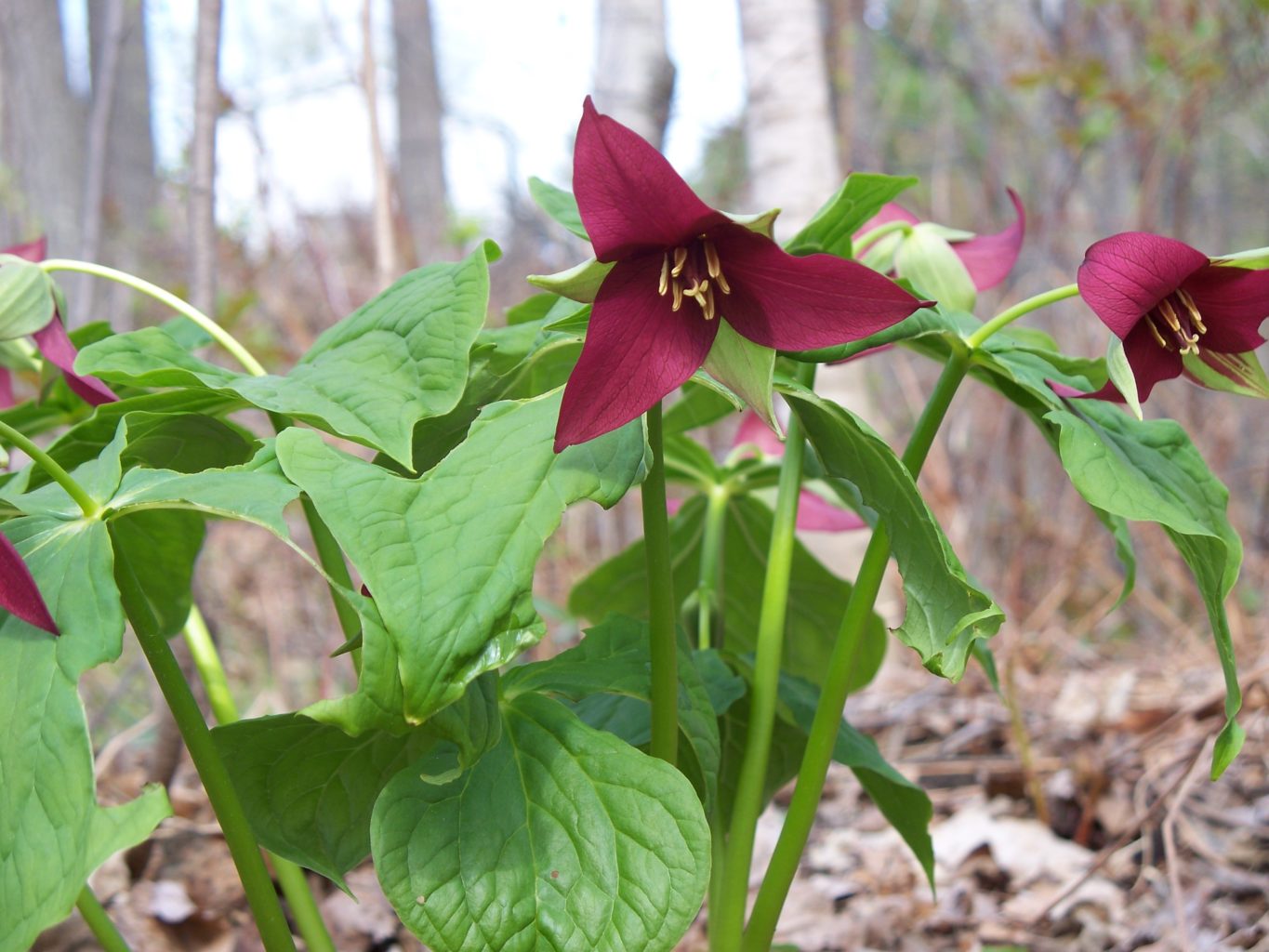 As a civilization we are inured to these losses. Many who hope to influence policy through public protests live in a little bubble of security maintained by mutual funds and a house-of-cards economy. We marchers for science and climate have raised our voices in front of the White House and for a fleeting moment embraced the illusion that our outcry might matter. Meanwhile, the New York Times has hired a columnist known for climate denial because “millions of people” accept his work. Although we protest, we are not yet inconvenienced by the global carnage underway.

The coming decades will be a complex mix of losses and compromises as disruptions ensue. Along the way, we will receive encouraging news about the surging adoption of alternative sources of energy and commitments to emissions reductions by countries other than the US and various corporations. Gus Speth, the former Dean of the Yale School of Forestry and Environmental Studies, refers to this as “happy talk.” The public will be willfully led to believe that technology, say in the form of geoengineering or carbon capture and sequestration (so-called negative emissions), will provide solutions. The press will interpret some findings of science as suggesting that natural processes will save us (e.g., plants will grow more as they suck the extra CO2 out of the air), and others as spelling our doom (e.g., the “Arctic is unraveling”). Climate and biosphere disruption represent a dynamic interdependent collection of complex interactions. The response of living systems to climate disruption will be ongoing for centuries and our planet cares not one whit about what we think about it.

Both the atmosphere and the biosphere must be treated as the global commons if management is to have any chance of success. Using the biosphere for mitigation is rarely mentioned in the popular media, which focuses instead on the notion that fossil fuel emissions are the only thing we should worry about. Unfortunately, as the biosphere warms and is disrupted by extreme weather, it is increasingly generating positive feedbacks on the climate system. Thus, we must now accept our responsibility to aggressively manage the carbon gains and losses from natural and semi-natural sources such as agriculture and land use change. Presently, positive feedbacks from the tundra, the Amazon basin, the vast boreal forest, and habitat disruption worldwide are accelerating at a rate that is unquantified but starkly terrifying to informed ecologists. We must understand the entire biosphere as a carbon engine with parts that emit and other parts that absorb carbon.

I propose that by managing the biosphere in a holistic fashion we can enhance the absorbing processes to compensate for at least some of emissions causing positive feedback on the climate system. These ideas and many others related to global scale mobilization to mitigate emissions from all sources are covered in the new book by Paul Hawkins, Drawdown. I laud this work, but I am skeptical that it represents the imminent transformation that Hawkins hopes for. Unfortunately, two of the assumptions that underlie this “most comprehensive” plan to save the our civilization are that (1) the technology and management tools are in place in time to make a difference, and more importantly, that (2) the policies required to make them work will be agreed on locally, regionally, nationally, and globally. These assumptions are revealed at the end of the book, rather than up front.

My skepticism is justified. Accelerating positive feedbacks are occurring at a time when the US has halted government-sponsored efforts to reduce its emissions, has reinvested in the use of fossil fuels, and has closed the door on global US climate leadership. The anti-environmental policies of the US administration and Congress are overtly hostile to our children and future generations. The window of opportunity for action is rapidly closing. Some estimates put this at 10 years, while others, which ignore the biosphere, suggest we may have as long as 25 years. What is tragic about the elections last November is the missed opportunity to seize the momentum of the Paris accords to promote aggressive global climate mobilization. As more time passes with the US disengaged, it seems likely that the agreements from Paris will eventually be as ineffective as the Kyoto Protocol.

From my reading of the science and the political economy of nations, it may be reasonable to accept that the war is being lost and engage in triage even as we fight on. This thinking is anathema to the legions of environmental activists who have faith in our ability to save ourselves, but who often lack understanding of the carbon budget of our planet. Had we begun aggressive mitigation of fossil emissions 20 years ago when the science was crystal clear, we might have been able to keep warming this century below the holy grail of 2˚C. Now that positive feedbacks have begun in earnest, our efforts at mitigation of fossil emissions will need to be so aggressive as to make crippling the world economy likely. Most policy makers find this simply unacceptable. I fear that it is unlikely that we will mount the necessary massive effort within the remaining window of opportunity.

If I am right, then it is time to begin to plan for salvaging the most important aspects of civilization before the impacts of global disruption make this challenging or impossible. Although I strongly agree that we must push forward with mitigation and adaptation, this type of planning is qualitatively different from adaptation. When building plans for adaptation, we assume that such efforts can ameliorate the effects of climate and biosphere disruption sufficiently to preserve our basic way of life. I think this will be be very difficult when the global average temperature rise exceeds 3˚C. It seems likely that we will soon pass a threshold making this inevitable. Triage means that we identify what must be saved and develop plans that can succeed in the face of extreme losses over the course of this century.

It is important to realize that although a global rise of 3˚C and beyond will not support a civilization of 9-11 billion souls, there will be parts of our planet that should permit humanity to thrive. Ecosystems in these regions will be massively altered from their present state and it will be essential for us to manage these for effective form and function to preserve their ability to support humanity. Triage should focus mainly on preserving scholarship and learning of all forms and ramping up research on ecosystem management. If it makes the idea more palatable, you can think of this as hedging our bets.

Ecology is not about recycling and solar panels or my silly little Prius with its marginal improvement on emissions. It is about essential relationships. Just like those human relationships that sustain emotional wellbeing and family life, if we don’t maintain those ecological relationships that sustain all life, we can expect to be miserable. This misery will not be short lived. It will be ongoing and driven by famine, war, natural disasters, and pandemics.

Although I am a realist about our chances, I continue to get out of bed in the morning and fly the flag. These days my faith is placed in the integrity and goodness of the work itself, and not in the perverse values of our policy makers. Changing the course of history may be beyond a system that could elect a monstrous demagogue to the lead the largest economy and most dangerous military in the world. It may be that the best we can do is turn to our communities and support each other. What matters most to humans is our relationships with each other and the other sentient creatures in our lives. May we cherish each other and the waning years of Earth’s largesse.