Today, Tuesday, August 24, we’re celebrating the fifth anniversary of Katahdin Woods & Waters National Monument (KWW). And what a half decade it’s been! The success of KWW is an example of the enormous value that our public lands provide to the American people and our communities.

The Natural Resources Council of Maine (NRCM), alongside other advocacy organizations like the National Parks Conservation Association, the Wilderness Society, and more, were proud to work with local residents in the Katahdin region to establish the National Monument in 2016.

The land today known as KWW is traditional territory of the Penobscot Nation and an area sacred to the Wabanaki Nations, including the Micmac, Maliseet, Passamaquoddy, and Penobscot.

This past weekend, we gathered with nearly 200 guests, representing the growing community that supports this special place, at Shin Pond Village for the 5th Anniversary Celebration of KWW hosted by Friends of Katahdin Woods & Waters and Maine Beer Company.  Read more about the Anniversary events.

On the morning of the celebration, NRCM Rising organized a mountain bike trip in the northern section of the Monument alongside the East Branch of the Penobscot River. The trails were in excellent condition and the 18-mile ride into the Grand Pitch lean-to afforded spectacular views. 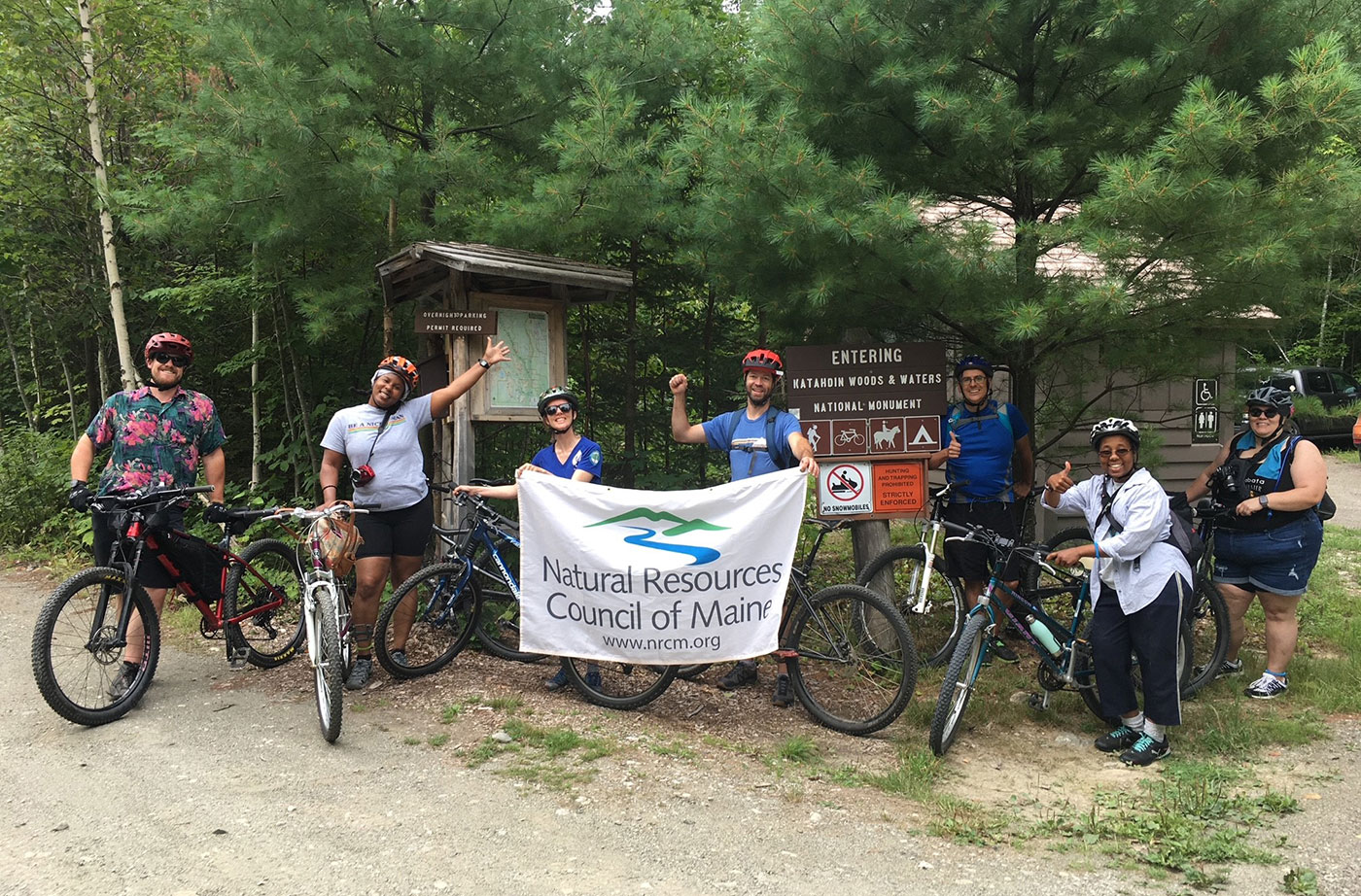 NRCM Rising hosted a mountain biking weekend at the Monument. (Photo by T.Martin/NRCM)

Each year of the Monument’s existence has included an important milestone:

In part because of new road signs and the dark sky designation, the National Monument had more than 40,000 visitors in 2020. Spending in local communities supported 38 jobs and had a cumulative benefit of $3.3 million. 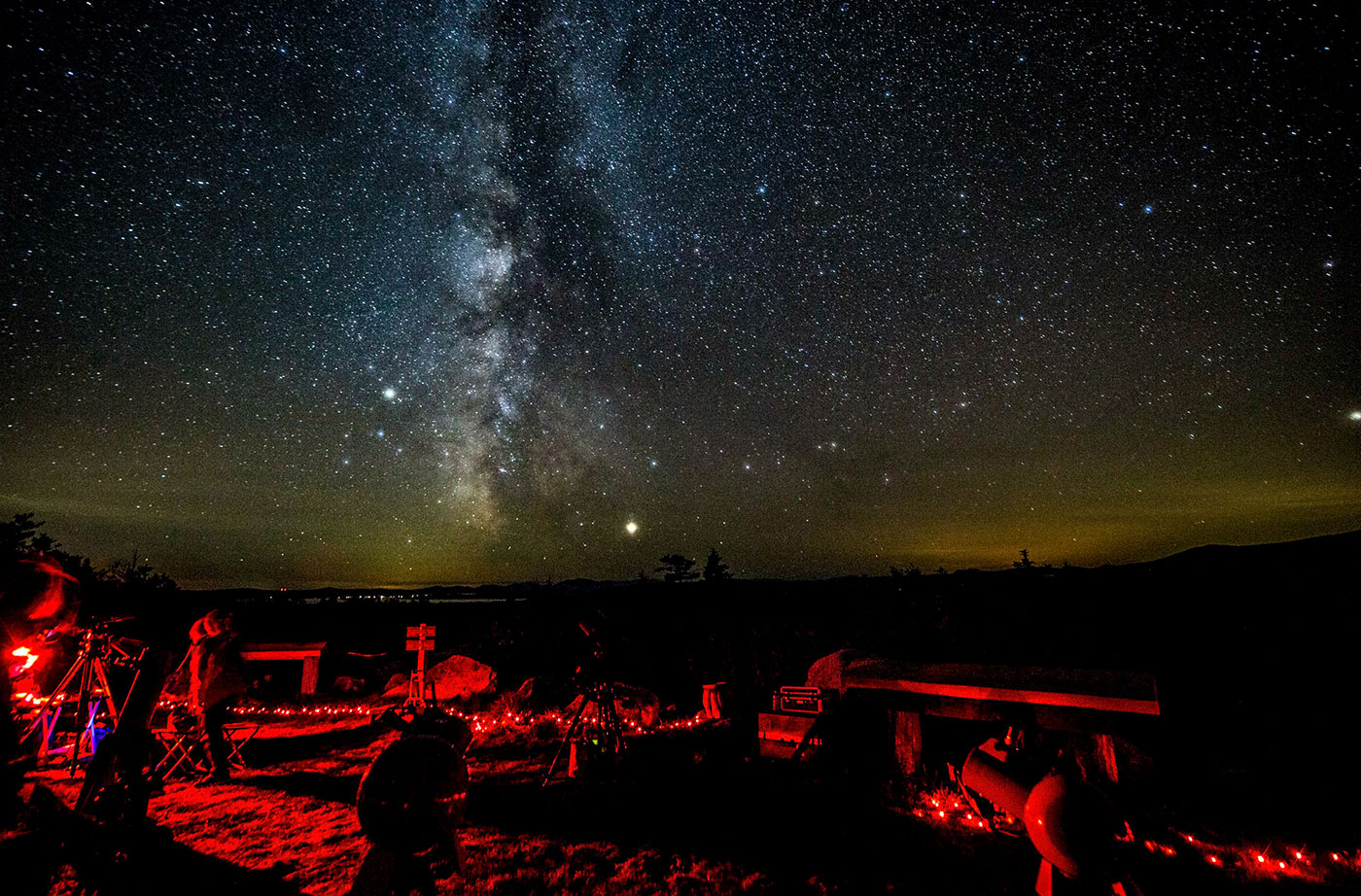 In 2021, hearing a prominent need shared by the visiting public, Friends of Katahdin Woods & Waters unveiled new tent sites near the historic Lunksoos Camps. The project, funded by L.L. Bean, the National Park Foundation, and the Roxanne Quimby Foundation, demonstrated the power of public-private collaborations. The Friends group is looking forward to continuing the precedent set by this exciting new camping location. Visitors this summer are already enjoying the two group sites and the five single-party sites. You can check out the new sites on the Friends’ Facebook page.

NRCM is excited to be a part of the incredible community of Maine people and visitors that is coalescing around these new public lands. As we celebrate five years of KWW, special thanks go to all those who have visited and enjoyed this place and all those who have devoted themselves to its sustained success. 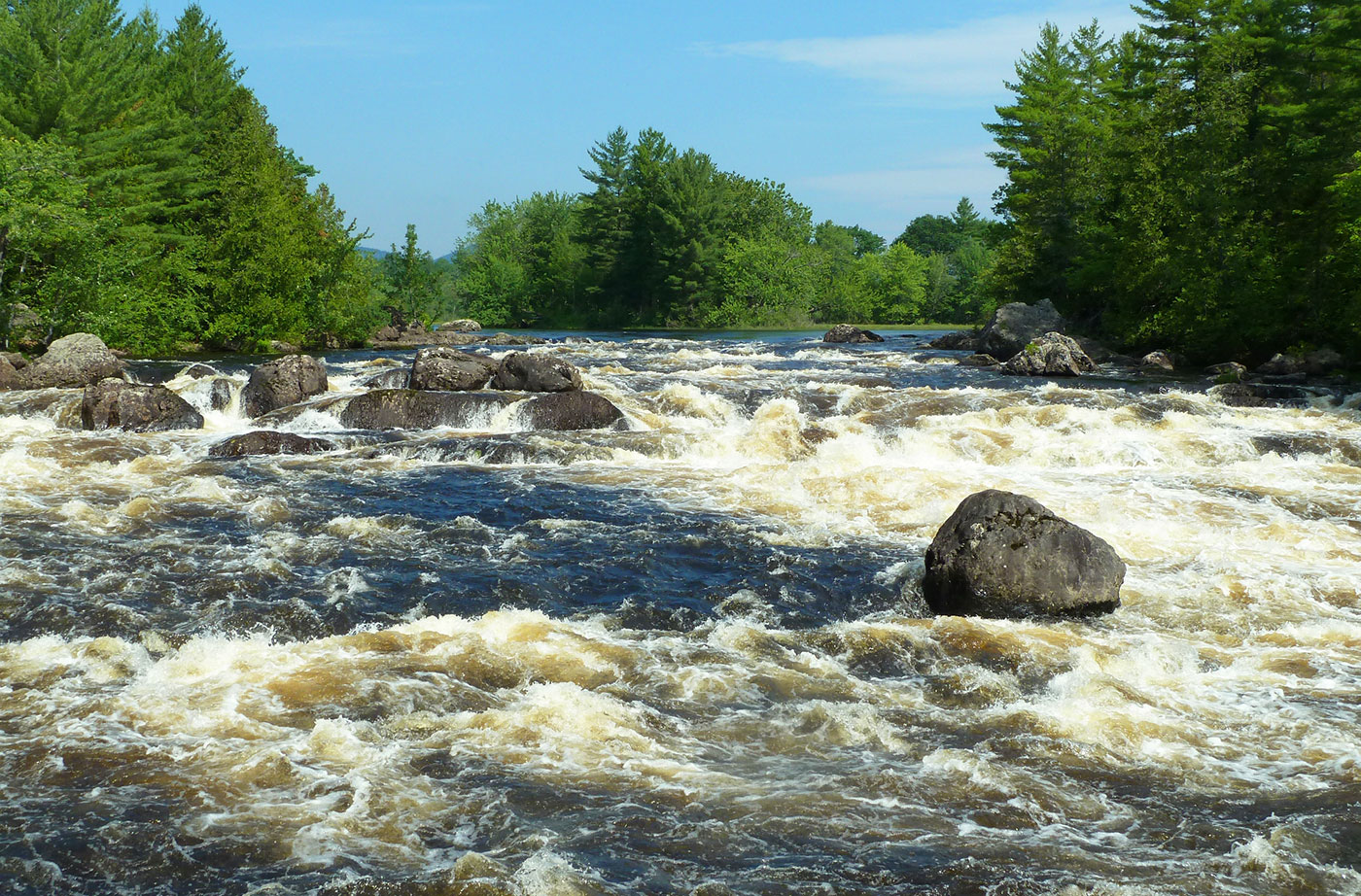 East Branch of the Penobscot River. (Photo by Jon Luoma)

If you’ve yet to make the journey to the National Monument – where the three rivers run: Wassataquoik, Seboeis, and the East Branch of the Penobscot River – we welcome you to make the trek. You can visit the Friends of Katahdin Woods & Waters website for resources and to plan your trip today.