Canoeing the East Branch of the Penobscot River: September 13-18, 2015 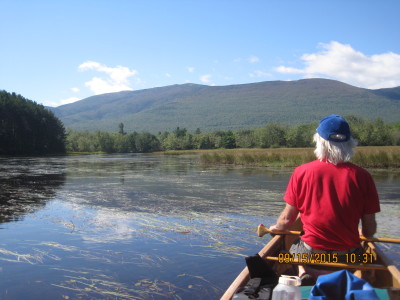 View of the Traveler Mountains from wetlands along the East Branch

We were introduced to this wild part of Maine when our parents took us to Baxter State Park in 1955. This visit and subsequent visits impressed upon Hartley and me what a magnificent gift Percival Baxter gave to the people of Maine. Our first canoe was named Wassataquoik for this impressive mountain stream, which we explored from the Klondike to the park boundary. Baxter State Park became our favorite place on this earth. To think that the Wassataquoik could now be protected all the way to its confluence with the East Branch of the Penobscot River by Katahdin Woods and Waters is a dream we hope will come true. We talked about canoeing the East Branch, but the canoeing guide lists the East Branch as a difficult river best canoed in the spring when higher water allows easier passage in the rapids. We were also concerned that we would find a depleted forest, as we had when canoeing other northern Maine rivers in the past. But the lure of a wild river and more of the Wassataquoik sent us packing to Maine. 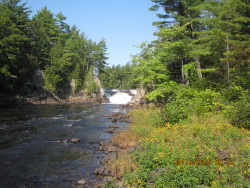 Waterfall on the East Branch

We started our trip on Grand Lake Matagamon, camping on an island for two nights, exploring the lake, and taking a walk on the Freeze-out Trail that runs along Webster Stream. The lake was beautiful, with many islands, views, and an intact shore land forest that was diverse in size and species and extending as far as I walked.

The outfitter at the lake outlet agreed to shuttle our car to Grindstone and also to release additional water into the river. The weather and water were unseasonably warm throughout our trip—a good thing because we waded and lined many of the rapids. We were prepared to find riverside camps, a depleted forest, and overused campsites, but from the beginning this was not the case. As a forester I was surprised by the diverse forest, which included old groves of northern red oak (on river benches), flood plain silver maples (seemingly unchanged from long ago), mixed forest of pine (red and white), spruce, birch, maple, and—especially along parts of the river—trees of large size. There were many views of mature and diverse upland forests. Walks on the east side of the river revealed that this forest had been harvested 30-40 years ago. Walks on the west side took us into quality forest of 60-70 years. The old road trails strongly beckoned us to come back and explore these forests and mountains. 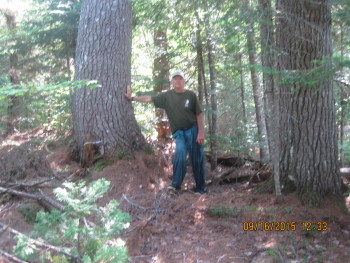 Large White Pines along the river with author

The river was difficult, as described in the canoeing guidebook, but the scenery, waterfalls, gorges, and wildlife; the ever-changing river and adjacent wetlands: the clean campsites and options to explore by trail—all of this was as overwhelming as on our first trip to Baxter State Park. We had a wilderness experience of the finest kind. The first great gift to the people of Maine was Baxter State Park. The Katahdin Woods & Waters Recreation Area is certainly the second best gift, and I support it becoming either a National Park or National Monument.

Some more pics from our trip: 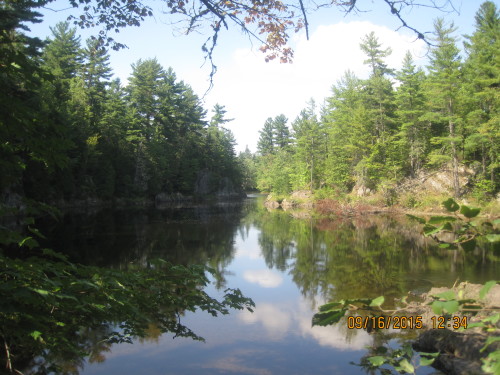 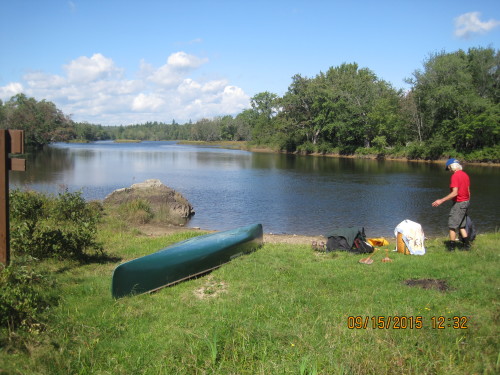 Preparing to portage on the East Branch 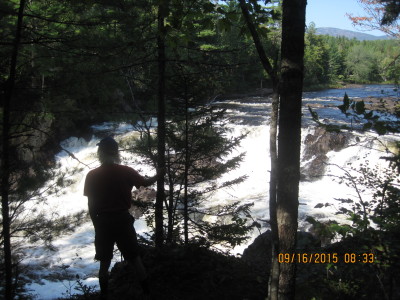 Hartley viewing some rapids on the East Branch 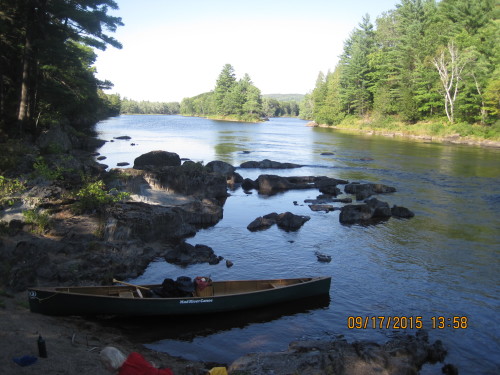