A Mountain Biking Trip to KWW for All Skill Levels 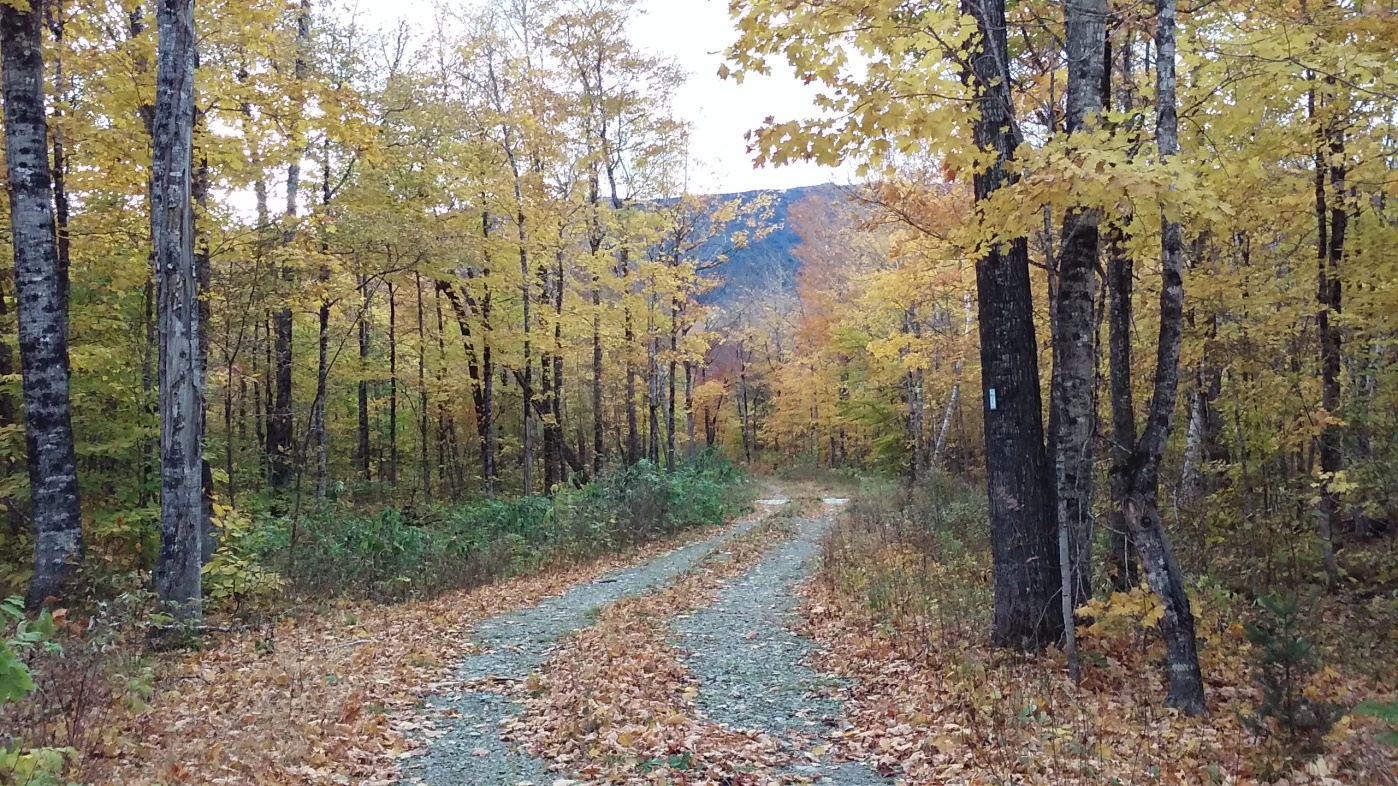 I grew up in Franklin County with a 30-acre grown-over logging tract as my backyard and Temple Stream at the far edge. I got to know nearly every inch of it intimately. I grew as fond of it as I would a dear friend. I no longer have access to that special place, but I still get out and visit the back woods of Maine every chance I get. To me, it gets ever more precious as I learn just how unique and rare it has become. I’m saddened by the lack of contiguous, healthy forested areas in many of the eastern United States. The exceptions I’ve observed mostly include areas like national parks. This has made me a fan of national park conservation. I recently had the opportunity to visit the proposed National Park property East of Baxter for the first time. I excitedly accepted, and am so glad I did! 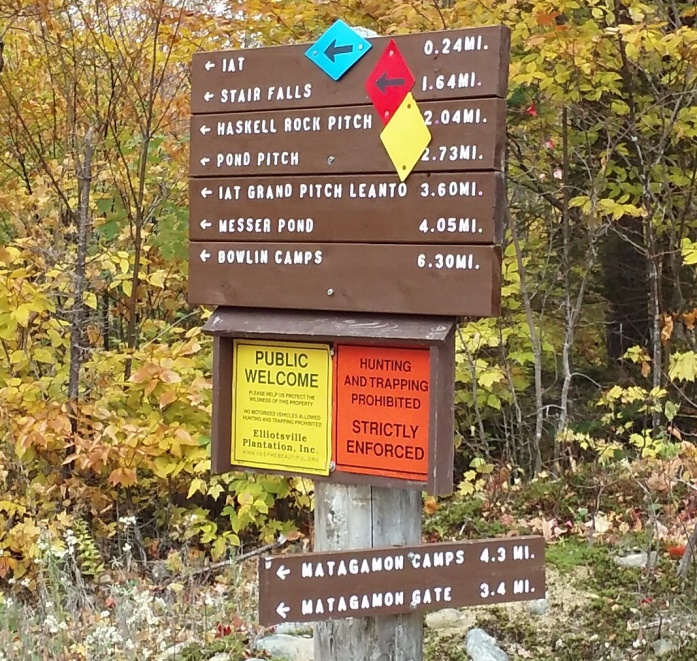 Further down the trail

I made this trip on a crisp day in late October with NRCM staff member Ryan Parker. He didn’t own a bike, and I hadn’t ridden mine in a few years. We covered a lot of ground over gravel and dirt roads, enjoying serene views in between a half dozen truly magnificent sites during the course of about five hours on the trail. The terrain was somewhat rolling and continually inviting.

A few years back, during one of my economics classes at USM I learned about the concept of “comparative advantage”—the thing one entity (such as the state of Maine, or a pop singer) has that gives them an edge over the competition. Maine’s comparative advantages include our ability to provide a true backwoods experience. Try as they might, no other New England state has Maine beat in this arena. We have the best of those spaces where the unadulterated dark night skies can coax out the farthest stars an eye can see; areas where the lack of human made noise allows us to hear rustling leaves, brooks, and flapping bird wing; places where you have to do a little work to get there—to earn the location—on foot, bike, ski, horseback, snowshoe, canoe, raft, or kayak.

From where we met to carpool at Dysart’s in Hampden, Ryan and I made the easy drive north on 95 to Sherman. Over the course of the drive we talked about being from Maine and being concerned about the future of our state. We both have farming backgrounds. We both hunt. We both place a high value on Maine’s natural resources and associated heritage. We both have strong feelings about passing along undeveloped public lands to future generations. 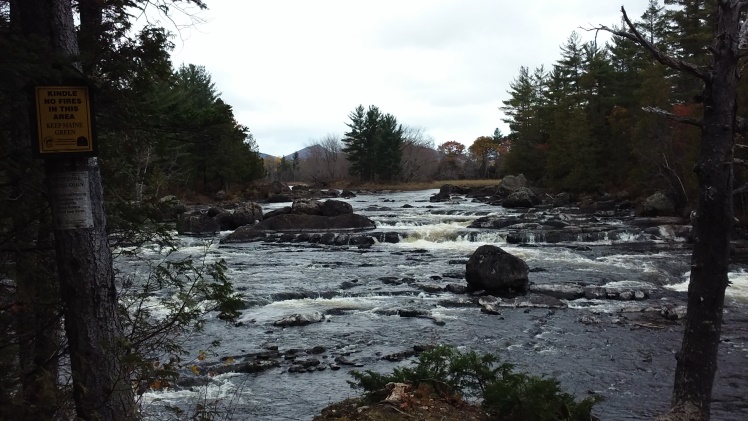 East Branch of the Penobscot River

We left the interstate and turned left (west) on Route 158, taking it to where it joins Route 11. We took Route 11 about 9 miles into Patten, where we turned left on Route 159, Shin Pond Road, and passed the Patten Lumbermen’s Museum.

The day I visited a small slice of the Katahdin Woods and Waters land, I was sold on its comparative advantage as a National Park-worthy place in a matter of minutes. All of the “IT” characteristics an inland Maine National Park should have on display were finely represented. I felt completely at home with the wit, warmth, and hospitality of the locals, the megalithic geologic landscape representing our Appalachian and glacial history, the stirring and graceful riverside views, the abundance of wildlife sign, and the healthy canopied mix of evergreens and large hardwoods.

Of course, I was an easy sell, but the land has a lot of offer. I encourage you to go and see the place for yourself. You can do what I did; I visited by mountain bike. With this method we were able to see Stair Falls, Haskell Hut (which we could see was impeccable and would be a great place to spend the night during a back country ski trip), Haskell Deadwater, Haskell Rock Pitch, Pond Pitch, and Grand Pitch. It’s hard to pick a favorite spot but of the ones we saw, Haskell Rock Pitch was probably the top.

On our way home we stopped off at Mattagamon store for a delicious, fortifying homemade meal. Get a hot sandwich there—they’re excellent! It was a fantastic trip, and I can see I need to spend more time on the property, perhaps an overnight or two to get the full experience. This is the type of quiet, backwoods experience that will draw people from all over the world who have no concept of the type of environment we have available for this National Park and National Recreation Area. Go and see!