Why Support a Ban on Disposable Foam Containers? 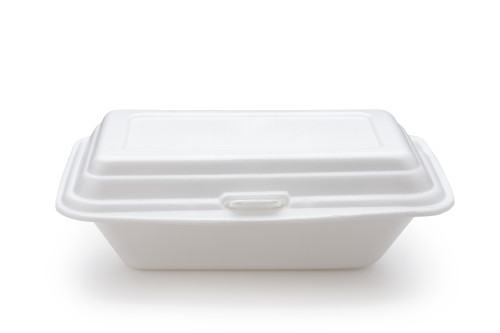 EPS foam isn’t recyclable in Maine. Currently, expanded polystyrene (EPS) foam containers cannot be recycled here in Maine because it is not economically viable and causes a real problem at recycling facilities. Therefore, all EPS foam used in Maine is either destined to become trash or will persist in our environment indefinitely as litter. There are affordable, reusable, recyclable, and biodegradable alternatives that have less impact on the environment.

It helps prevent litter and protect wildlife. Almost 90 percent of floating marine litter has been estimated to be plastic or polystyrene items. The lightweight nature of expanded polystyrene foam makes it easy to travel through gutters, storm drains and wind to reach the ocean. When this material enters the ocean it may break into tiny pieces, but it never fully degrades and will persist forever. Plastic also has the unique ability to soak up chemicals that it comes in contact with—making the debris potentially toxic to fish and birds that mistake them for food.

It reduces waste. The full “life cycle” of expanded polystyrene foam is second only to aluminum in terms of total environmental impacts—considering manufacturing, use and disposal, energy consumption, and greenhouse gas emissions. The polystyrene manufacturing process releases significant air pollution and large amounts of solid waste.

It’s the way of the future. Given the detrimental effects associated with EPS food containers, restaurants themselves are beginning to voluntarily swap them out for alternative products. For instance, McDonald’s quit using expanded polystyrene clamshell containers in 1990 and in 2013 they announced that they are phasing out the foam cups at its 14,000 US restaurants in favor of paper cups by 2016. Also, the State of Maine has banned the use of EPS food containers at all facilities and functions.

It works. EPS food container bans have been successful in reducing waste and litter in over 100 cities across the country, and those communities have easily shifted to alternative packaging—none reporting economic hardship as a result. Many of those cities have larger populations than the entire State of Maine. Among those cities that have enacted EPS container bans are San Francisco; Seattle; Portland, OR; Amherst, MA; Freeport, ME and Portland, ME. One year after implementation of the San Francisco ordinance that prohibits the use of EPS food containers, their litter audit showed a 36% decrease in EPS litter.