Deca and Other Toxic Flame Retardants 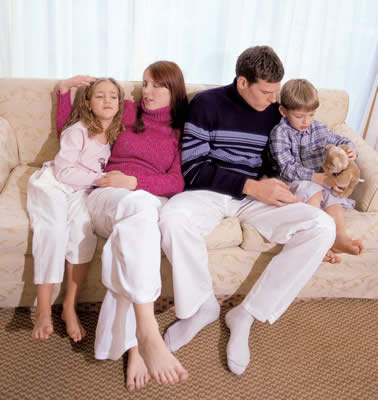 Brominated flame retardants can be found in some home furnishings and upholstery.

Flame retardants used in fabrics, foams, and various other plastics have helped to stop fires and save lives. However, many of the brominated ones, including PBDEs, are toxic. They can permanently damage brain and reproductive systems and cause learning disabilities in children.

Scientists have learned that PBDE flame retardants steadily migrate from the products to which they were added and build up in the fat tissue of people and animals. This has prompted bans and phase-outs in Europe and several states.

Fortunately, there are effective flame retardants already in widespread use that are far safer, and do not build up in people and animals and persist in the environment.

In 2007, NRCM worked in conjunction with the Alliance for a Clean and Healthy Maine to pass a law to phase out Deca in electronics, and prohibit its use in new mattresses and home furniture.  This nationally precedent-setting law effectively eliminates Deca from commerce as it sends a message to the marketplace that alternatives should be chosen to protect public health and the environment.

Here are the facts:

Young Children Face the Most Threat

We Can Have Fire Protection Without Poisons