March 14, 2018: The Trump Administration’s War on Climate Policy: A View from a Whistleblower Who is Speaking Out, Lewiston

The Trump Administration’s War on Climate Policy:  A View from a Whistleblower Who is Speaking Out 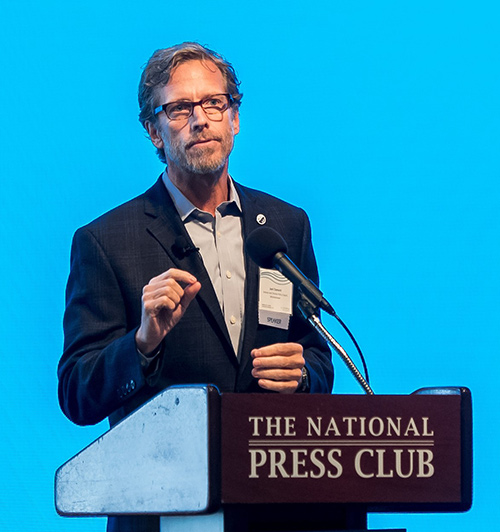 Climate change is real and dangerous, and some people are losing their jobs in the Trump Administration as they speak up about the dangers. Joel Clement, a climate scientist who grew up in Maine, explained why he quit his job at the U.S. Department of Interior (DOI) in protest over efforts to silence him. Until summer 2017, Clement was the director of DOI’s Office of Policy Analysis. But he was reassigned to an accounting office job when political superiors objected to his work documenting the impact of climate change on native communities in Alaska. In his fiery resignation letter to Secretary of Interior Ryan Zinke, Clement criticized the Secretary for failing to address the threat of climate change and failure to provide stewardship of the nation’s natural resources. Clement has a unique and important point of view as a civil servant who took a principled stand in defense of science. Thanks to all who joined us to hear Clement’s insider view of an Administration that seems determined to ignore climate science and silence climate experts.