NRCM, The Island Institute, and Midcoast Indivisible hosted a free film screening of “This Changes Everything” at The Strand Theater in Rockland at 2:00 p.m. on Sunday, October 14.

Filmed over 211 shoot days in nine countries and five continents over four years, “This Changes Everything” is an epic attempt to re-imagine the vast challenge of climate change. Directed by Avi Lewis, and inspired by Naomi Klein’s international non-fiction bestseller “This Changes Everything,” the film presents seven powerful portraits of communities on the front lines, from Montana’s Powder River Basin to the Alberta Tar Sands, from the coast of South India to Beijing and beyond.

This event was free and open to the public. 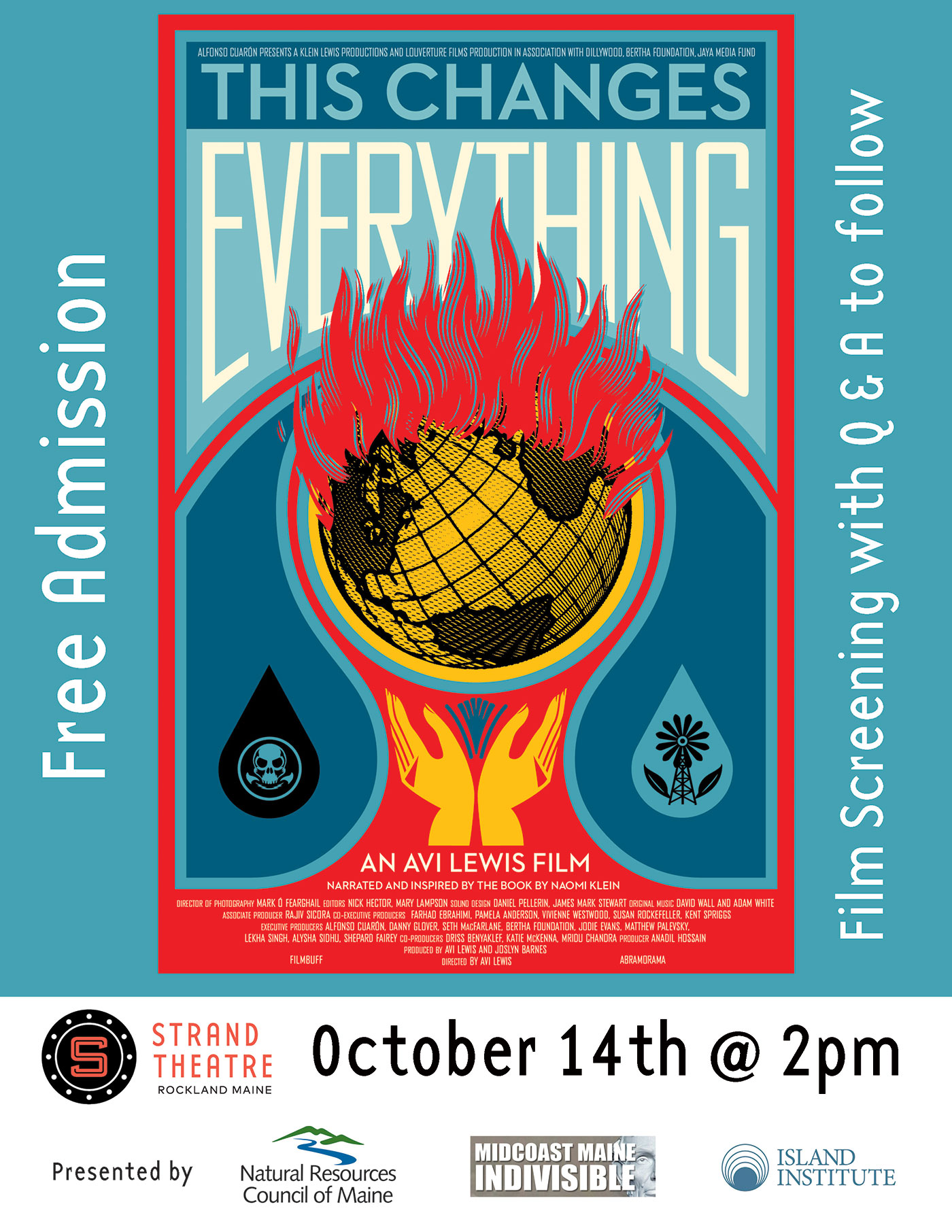