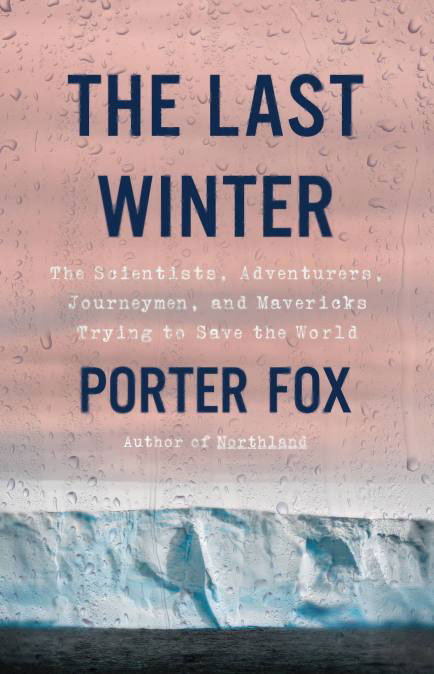 NRCM hosted author Porter Fox as he discussed his new book, The Last Winter: The Scientists, Adventurers, Journeymen, and Mavericks Trying to Save the World.

In this deeply researched, beautifully written, and adventure-filled book, journalist Porter Fox travels along the edge of the Northern Hemisphere’s snow line to track the scope of the drastic decline in spring snowpack and the shrinking of winter as the planet warms. In the US alone, snow cover has been reduced by 15-30% and on average, winter has shrunk by a month in most northern latitudes

Participants heard how the shrinking of winter will literally change everything—from rapid sea-level rise, to fresh water scarcity for two billion people, to massive greenhouse gas emissions from thawing permafrost, and a half dozen climate tipping points that could very well spell the end of our world.

What: Zoom In: The Last Winter with Porter Fox

Where: Online via Zoom webinar.

Porter Fox was born in New York and raised on the coast of Maine. He is the author of Northland: A 4,000-Mile Journey Along America’s Forgotten Border and DEEP: The Story of Skiing and the Future of Snow, featured on the cover of The New York Times Sunday Review and in both the U.S. Senate and House of Representatives. He lives, writes and edits the award-winning literary travel writing journal Nowhere in upstate New York.

​His work has been published in The New York Times Magazine, The Believer, Outside, Men’s Journal, National Geographic Adventure, Powder, TheNewYorker.com, TheParisReview.com, Salon.com, Narrative, The Literary Review, and has been anthologized in The Best American Travel Writing. He teaches at Columbia University School of the Arts and is a MacDowell Fellow. He won a Western Press Association award in 2014 for a two-part feature about climate change and a Lowell Thomas Award for an excerpt from Northland.