NRCM Applauds This Key First Step Governor Baldacci and Maine’s Department of Environmental Protection released its final plan to reduce global warming pollution in Maine. The plan is the result of a year of work by over 100 Maine stakeholders who worked in five stakeholder groups, which include scientists, academics, health care professionals, and representatives END_OF_DOCUMENT_TOKEN_TO_BE_REPLACED

Opportunities Seen for Major Pollution Reductions from Electricity, Transportation Sectors News release AUGUSTA — In order to help the state meet global warming pollution reduction goals set by Governor Baldacci and other Northeast Governors, a report released today by the Natural Resources Council of Maine –  A Blueprint for Action — lays out the critical END_OF_DOCUMENT_TOKEN_TO_BE_REPLACED

Statement by Brownie Carson, NRCM executive director Today the Natural Resources Council of Maine is launching a public education campaign to ensure that Maine does our part to address the threat of global warming.    With the involvement of people from all walks of life, we are bringing attention to the 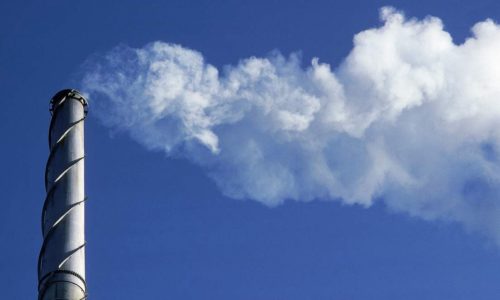 NRCM news release WASHINGTON D.C. — On April 28, state and national conservation groups sued the federal government to force the Environmental Protection Agency to require maximum achievable reductions in mercury and other toxic air pollutants emitted by coal and oil-fired power plants, as required by the Clean Air Act.  The lawsuit against EPA was END_OF_DOCUMENT_TOKEN_TO_BE_REPLACED

Testimony at the Maine Legislature Comments by Sue Jones, NRCM energy project director On behalf of the Natural Resources Council of Maine (Council), thank you for the opportunity to present comments in support of Chapter 137, Emission Statements.  Adoption of this rule will improve the Department of Environmental Protection’s collection of information on greenhouse gas END_OF_DOCUMENT_TOKEN_TO_BE_REPLACED

Testimony at the Maine Legislature Comments by Sue Jones, NRCM Energy Project Director Thank you for the opportunity to present comments in favor of LD 1929 on behalf of the Natural Resources Council of Maine (Council).  Adoption of this bill would jumpstart the development of new renewable energy projects in Maine, particularly wind projects.  The END_OF_DOCUMENT_TOKEN_TO_BE_REPLACED

Calls for at least 5% of Maine’s power to be from wind by 2010 Citing the need to reduce the impact of electricity generation on the health of Maine people and the environment, the Natural Resources Council of Maine today announced its support of a proposed wind power project under consideration by the Department of END_OF_DOCUMENT_TOKEN_TO_BE_REPLACED

Testimony given in Augusta, Maine by Brownie Carson, NRCM executive director My name is Brownie Carson.  I testify here today on behalf of the Natural Resources Council of Maine, a citizen supported environmental advocacy organization with 8000 members and supporters.  Thank you to Congressman Tom Allen for giving us all the opportunity to express our END_OF_DOCUMENT_TOKEN_TO_BE_REPLACED