A proposed ordinance to keep the oil from entering the city passes its first hurdle in a 6-1 vote after 500 people pack a meeting to listen to the debate. By Kelley Bouchard, Staff Writer Portland Press Herald news story SOUTH PORTLAND — The City Council overwhelmingly approved a first reading Wednesday night of a END_OF_DOCUMENT_TOKEN_TO_BE_REPLACED

The proposal aims to prevent the flow of the Canadian oil through the city. By Kelley Bouchard Staff Writer Portland Press Herald news story SOUTH PORTLAND — The City Council on Monday postponed action on a proposal that would block tar sands oil from coming into the city because City Hall couldn’t accommodate an overcapacity END_OF_DOCUMENT_TOKEN_TO_BE_REPLACED

by Shelby Carignan The Forecaster news story SOUTH PORTLAND — City councilors suggested no significant alterations Wednesday to proposed ordinance changes that would keep unrefined tar sands oil out of the city. A special, three-member Draft Ordinance Committee recently drafted the changes, which would prohibit “the bulk loading of crude oil” in South Portland. The END_OF_DOCUMENT_TOKEN_TO_BE_REPLACED

But others say the plan would hurt the city’s marine terminals. The council is scheduled to vote July 7. By Kelley Bouchard Staff Writer Portland Press Herald news story SOUTH PORTLAND — The auditorium at Mahoney Middle School rocked Wednesday night with a standing ovation and cheers for a proposal that would block tar sands END_OF_DOCUMENT_TOKEN_TO_BE_REPLACED

I am here today representing the members and supporters of the Natural Resources Council of Maine, especially those who reside in South Portland. NRCM was founded by Maine people exactly 55 years ago today, and is the state’s leading environmental advocacy group, representing more than 16,000 members and supporters.   I would like to commend END_OF_DOCUMENT_TOKEN_TO_BE_REPLACED

Written by Lisa Neff Wisconsin Gazette news story Destructive mining and drilling practices in the heart of Canada’s boreal forest are putting millions of America’s migratory birds at risk and have already resulted in potentially hundreds of thousands of fatalities, according to a report from the National Wildlife Federation and the Natural Resources Council of Maine. END_OF_DOCUMENT_TOKEN_TO_BE_REPLACED 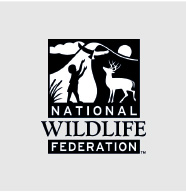 Interior Department Must Declare Canada is Undermining International Wildlife Protections News Release Destructive mining and drilling practices in the heart of Canada’s boreal forest—a huge and important bird nursery—are putting millions of America’s migratory birds at risk and have already resulted in potentially hundreds of thousands of fatalities, according to an issue brief released today END_OF_DOCUMENT_TOKEN_TO_BE_REPLACED