The announcement comes after the new, Republican-controlled Senate said its first bill will be to approve construction of the much-delayed pipeline. The Associated Press Portland Press Herald news story WASHINGTON — The White House on Tuesday threatened to veto the first piece of legislation introduced in the Republican-controlled Senate, a bill approving the much-delayed Keystone END_OF_DOCUMENT_TOKEN_TO_BE_REPLACED

By Mal Leary MPBN news story Sen. Angus King starts serving on the Senate Energy and Natural Resources Committee this week, as the controversial Keystone Pipeline bill comes up for  Senate consideration. Action on the legislation is expected by the end of the week. King says, for Congress, the issue is moving at beyond warp END_OF_DOCUMENT_TOKEN_TO_BE_REPLACED

On behalf of the Natural Resources Council of Maine, I want to express our deep appreciation for Senator Angus King’s vital vote that blocked legislation that would have allowed construction of the Keystone XL tar sands pipeline. The pipeline would let Canadian companies pump toxic tar sands oil from Alberta, Canada, to the U.S. Gulf Coast, where END_OF_DOCUMENT_TOKEN_TO_BE_REPLACED

The Maine senator confirms that he will vote against the project that a Louisiana Democrat considers crucial to saving her career. By Kevin Miller, Staff Writer Portland Press Herald news story Maine Sen. Angus King said he plans to cast a pivotal vote against a Keystone XL pipeline bill on Tuesday, potentially scuttling supporters’ efforts END_OF_DOCUMENT_TOKEN_TO_BE_REPLACED

By Tom Porter MPBN News Story TORONTO – Environmental groups in Maine are speaking out against Canadian energy giant TransCanada, the company behind the controversial Keystone XL pipeline. TransCanada today submitted formal applications to build the largest, most expensive pipeline in North America. Although it would not cross into U.S. territory, some in Maine say END_OF_DOCUMENT_TOKEN_TO_BE_REPLACED 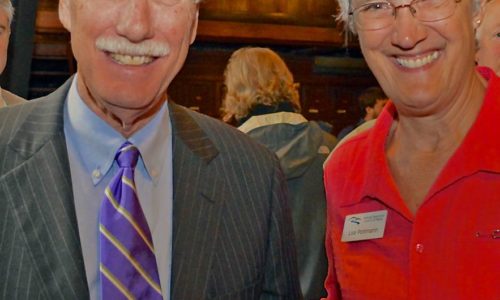 More and more people are coming together to work on climate change. It’s no wonder. We can plainly see changes in our lakes, forests, and backyard gardens. The number of cases of Lyme disease is exploding and many of us have had to take antibiotics because of deer tick bites. We hear on the national END_OF_DOCUMENT_TOKEN_TO_BE_REPLACED

by David Carkhuff Portland Daily Sun news story The South Portland City Council on Monday night voted 6-1 to pass a “Clear Skies Ordinance,” which supporters say will protect the city from a “tar sands” crude oil terminal but that opponents described as a futile gesture based on unflagging oil demand. “We strongly support this END_OF_DOCUMENT_TOKEN_TO_BE_REPLACED